Gulf countries, mecca of business Made in Italy

The promised lands of the business are called Qatar, Kuwait, Saudi Arabia, UAE, Oman. The trend is not new but the economic contingency in Europe, and in Italy, in particular, has strengthen the opportunity. Today, a wide number of small, medium and big-sized Italian companies are protagonists of an internationalization process through the search of business opportunities and local partners. 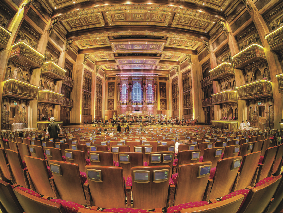 Qatar is the coolest country: in 2011, in fact, Elite Qatar was born with the aim to give a privileged access to the Middle East Region for the Italian companies. The mission of the founders, Sheikh Nasser Al-Thani, a member of the Qatari Royal Family, and Luigi Lauro, Chairman of Excellence World, was to create a global hub for the Italian companies in order to allow them to catch the business development opportunities in that country and, generally speaking, across all the GCC area.

Italian exports to Qatar have been growing for several years: the latest official figures talk about € 765.7 ml. sales in 2011 and, indeed, € 1,025 ml. in 2012. Machinery, metals, furniture, transportation equipment (ships, locomotives, military and space vehicles) are the market segments with the biggest demand. Right now, in Qatar there are many famous brands, such as Astaldi, Rizzani De Eccher and Impregilo for the construction sector, Saipem and Marcegaglia Gulf for chemicals and metallurgy, Agusta Westland for the military vehicles. The latest brand, Prysmian Group, a leader in the design and installation of high voltage cables, has got a € 80 ml. deal for the expansion of the electricity transmission, from KAHRAMAA, the Qatar General Electricity and Water Corporation. The works began some months ago, and it is expected they will finish in 2015. The things are going well with Saudi Arabia, too. From 2010 to 2013 it was a constant increasing trend: € 3.7 bl., then 4 and almost € 4.5 bl. in the last season. Slightly worse the outlook for 2014, according to the figure (€ 1.37 bl.) registered in the first quarter. The Italian investments are focused on the traditional sectors of energy, petrochemicals, infrastructure and defense.

The most potential growth regards healthcare, renewable energy and infrastructure. They are the most interesting for our future investments. In Saudi Arabia there are about sixty Italian companies operating directly or through joint ventures with Saudi partners. 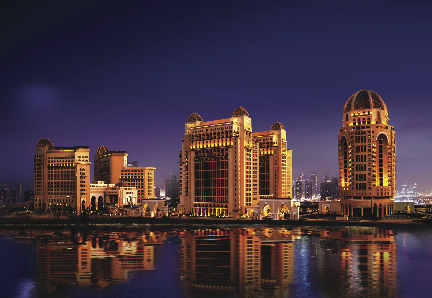 Among them, we find Italfer, for high-tech rail systems, Selex, Italcementi, Iveco (transportation), Safilo Group. And it doeas not lack the food, of course: Ligabue Catering and Ferrero, amongst the first ones who believed in the Arab market. There will be large growth until 2016, and UAE will be the first consumer of made in Italy, amongst the Arab countries and also the first not European market for us. The best sectors are fashion and design (jewelery, furniture, clothing), mechanical engineering, metallurgy and chemistry. The jewelery registered + 44.69% compared to 2011, just behind computers and electronics (+ 41.34%) and metals and products (+ 29.65%). From 2011 to 2013 the total value of our exports grew from € 4.7 bl. to € 5.5bl.The Italian business presence in the UAE is represented by about 300 companies, including those ones are operating through an own branch and the other ones are operating through local agents. There are so many several and different brands: UniCredit Bank AG, Intesa San Paolo, Continental Jewels (mineral processing), Roma Trading (food), Pirelli Tyre, Pasta Queen LLC, Luxottica, Maserati, Finmeccanica, Mapei, Ansaldo Energia, Alitalia, Generali.

Lets change scenario and have a look to Oman. The Sultanate has a main focus, the small and mediumsized companies. After significant investments in this direction, the leadership of our largest industrial machinery producers is likely to wobble. There are new markets and new opportunities in other sectors, such as tourism, energy, environment, shipping, aquaculture and fisheries, food security and health. In March, Oman hosted the first show of Italian Haute Couture, designed and organized by Gattinoni together to an exhibition of its historical clothing. Confindustria Assafrica e Mediterraneo signed last year a Memorandum of Understanding with Oman Chamber of Commerce. The Chamber of Commerce of Sassari hosted a delegation from Oman. The scenario is rapidly changing. The Italian companies operate very well in Oman in the design and construction of infrastructure: roads and bridges, harbors and dams, schools and hospitals. In the Sultanate, there is an increasing number of architects and companies specialized in design and construction, as well as import-export companies. Generally speaking, the presence of Italian there has more than tripled over the last year. It seems that Al Koor Tourism is doing great business with the incoming: despite of the name, it is an Italian company that is able to sell very well the Oman to the tourists who are interested in visiting it. Kuwait, too, is remarkable. The Kuwait Investment Authority (KIA), the world’s oldest sovereign investment fund, decided to invest in Fondo Strategico Italiano € 500 ml. in order to support small and medium-sized Italian companies.

In recent years, Kuwait has shown a strong willingness to attract foreign investments through the introduction of new economic laws which, on the one hand, promote the investment, the rights of intellectual property and trade relations and, on the other hand, promote the private sector in economy through the privatization program and public-private partnerships and opening new areas for private investments, mainly in infrastructure. The most common names in the local business are Trevi Foundations and Pizzarotti construction, Bank UBAE and Baggio Spa (transportation and storage). Without forgetting the primary role of Italian companies in implementing the subway in Kuwait City. Our export to Kuwait is now € 800 bl. compared to € 580 bl. in 2011.