Burberry launches the second edition of its “Monogram” capsule

Burberry launches the second edition of its “Monogram” capsule, designed by the artistic director Riccardo Tisci and embodied by the top model Kendall Jenner.

The campaign of the new collection, called “TB Summer Monogram”,

imagine a journey from reality to fantasy, mixing the unprocessed aspect of real life with the fiction of digital special effects

The video of the campaign takes place in a dreamlike geometric world, enriched with computer graphics inspired by skate parks and swimming pools. (…). In this digital universe, Kendall gives life to four different characters through a selection of men’s and women’s clothes from the collection

The video is accompanied by a series of “self-portraits taken at home by Kendall with his computer, which give the campaign an anchor to physical reality.

Burberry has also created a “TB Summer Monogram Playlist” on its Spotify channel, which allows its customers to discover the musical universe of the collection. 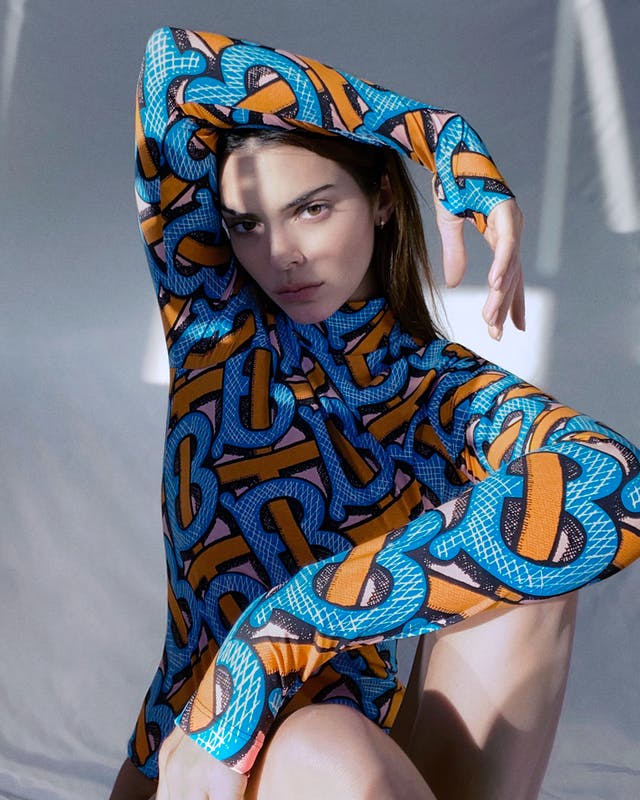 At the same time, the company is expanding its “luxury” video game range by launching “B Surf”, the brand’s new multiplayer game. B Surf is a running game on water. The players choose a surfboard and dress their avatar with Monogram clothing, before challenging their friends to run on a track in the shape of the “TB”, the famous logo of the collection. It is the third online game unveiled by Burberry, after “B Bounce” last October and “Ratberry” on the occasion of the Chinese New Year in January.

As for the pieces of the collection itself, they are all printed with the intertwined initials TB, created by Riccardo Tisci and Peter Saville in 2018 – “updated, in an enlarged color palette, consisting of dark beige, light blue, anthracite gray and cobalt blue, with some orange accents “.

The collection, launched in some Burberry stores and on its website on July 1st, will also be available on Farfetch starting July 8th.