An over 10% increase in the turnout of buyers, sector operators, international press and visitors coming from 70 countries for the tenth edition of Esxence has confirmed Milan as a business capital and a trendsetter for the next several years in the field of artistic perfumery. The event, which took place from 5 to 8 April at The Mall in Milan, featured many fragrance excellences created by some of the biggest brands and the best noses and researchers in the business. These — along with retailers, buyers, professionals and enthusiasts that make up the refined, authentic olfactory culture—contribute to the growth of an important part of the alcohol-based perfumery market, which has high potential for growth and is currently enjoying a rapid and constant world-wide expansion. Esxence’s mission is to continue to propose increasingly fascinating and innovative new objectives and challenges.

The attendance success of Esxence—over 10% compared to the 2017 edition—confirms the event as an international venue par excellence and an industry-leading not-to-miss appointment—two facts further established by the presence of 220 selected artistic perfumery and designer cosmetic brands and a rich calendar of events open to the public attending year-after-year.

– 63 brands that have exhibited for the first time;

– 65% of total exhibitors are from abroad;

– 10% increase in visitors compared to 2017 between operators and the public, coming from all over the world;

-55% of operators versus the total number of visitors to the exhibition;

-18 conferences and meetings on the events calendar, open to enthusiasts from the general public and professionals in the field, with some of the most influential players in the world. The events included a round table devoted to exhibitors and operators, which examined the accomplishments of these first 10 years and the objectives for the future and 2 conferences dedicated to distribution and business opportunities for artistic perfumery in the Far East.

“We have created the cult of designer perfumery,” says Maurizio Cavezzali, president of Equipe International and co-founder of Esxence. “Today, the world looks to us to discover the trends and the major players in the sector. Esxence is the result of careful planning and intense research to create an independent event that stands out for the very high quality of its proposals. 85% of the world’s most important brands attend Esxence every year. However, Esxence is also a springboard for emerging brands—though only those that have quality and capacity are admitted—and some go on to become famous as have many of those that also debuted at Escence. All this in a sector that is still a niche, where the margins of growth and sales potential are huge.”

“Esxence has been able to give international artistic perfumery an identity and consistency while becoming the sector’s most important meeting point and opportunity incubator in the process—a reality that now counts hundreds of operators and thousands of passionate consumers. In the ten years Esxence has been its guide and inspiration, the sector has enjoyed a double-digit sales growth,” says Esxence’s co-founder, Silvio Levi. “As a consequence of our work, not only has the awareness of quality perfumery grown, so has the understanding of its aesthetic and innovative value, which makes us consider it now as real art. Over the centuries perfume has transformed from being an element of perdition—a sinful manifestation of the devil—to, not only being accepted, but also a means of expressing ourselves and a way to state our style. Others recognize us not only by our appearance or how we speak, but also from our fragrance. There is often a complex, fascinating story behind the few truly great perfumes that emerge from a sea of mediocrity. With only seven notes you can write a catchy tune or a Beethoven symphony—same raw material, but entirely different results. The solfeggio for a perfumer, however, is much longer and more complicated than that of a musician because the “notes” he needs to know are more than 3,000 and those that he will constantly use will be at least 300. Perhaps this explains why only a few perfumers have donated true olfactory masterpieces to humanity, but the time has come to give their creations the same artistic value as painting or music.” 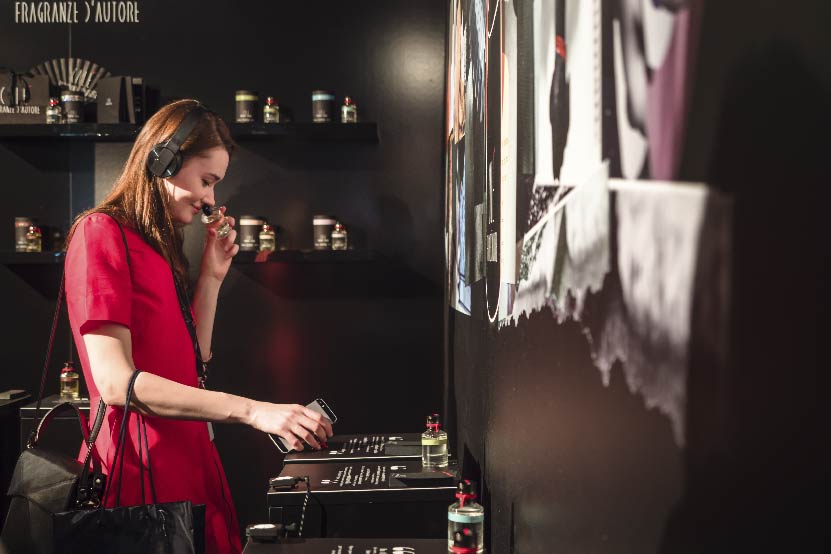 Esxence is not just a place to meet, to exchange ideas, or make contact—it is also business. The perfume sector is—in economic terms—quite a significant share of the market. Designer perfumery in Italy was around 12.5% of the alcohol-based category in 2016, with retail sales of over 200 million euros—or about 2% of the 9 billion euros in total retail sales for the Italian “beauty” market. These values represent a market—in rapid and constant expansion—that is still wide open and ripe for exploration. While the artistic perfume market in Italy is well established, there are still many “virgin” countries that have yet to see this segment of the alcohol-based perfume market flourish. In 2017, sales in Russia surpassed those in France and made Russia—which is also very receptive to niche perfume—the third most important fragrance market in the world.
In 2016, 90% of consumers in the United States used fragrance products and the market-share there for gender-neutral fragrances reached 54%. It is no coincidence that artistic perfumery, which in fact, consists of almost all unisex fragrances, has had an influence on the commercial perfume industry that is now proposing a growing number of gender-neutral fragrance products. Italian artistic perfumery—which has grown by 12% from 1995 to 2015 with sales multiplying by 9.65 in the past twenty years—has seen numerous new brands appear, start down the “niche path”, then abandon it in favor of masstige (products that are premium, but affordable). The increasing demand in recent years from the Middle East for artistic fragrances has also influenced parent companies’ formulation choices to meet the tastes of this new clientele, which habitually mixes fragrances—wearing up to seven different ones at the same time. In 2020, the United Arab Emirates is foreseen to become the number-one country for per capita consumption of beauty products. The UAE currently ranks seventh with regard to Italian exports, with a turnover of around 135 million euros. Euromonitor International predicts that also in 2020 Iran will hold the number-two position in the Middle East for the consumption of cosmetics and perfumes, behind first-place Saudi Arabia with its estimated market-value at almost 2.5 billion euros. This data could not but affect the artistic perfumery industry—which has its sights set on these new realities and has every intention of “colonizing” them to acquire new markets. 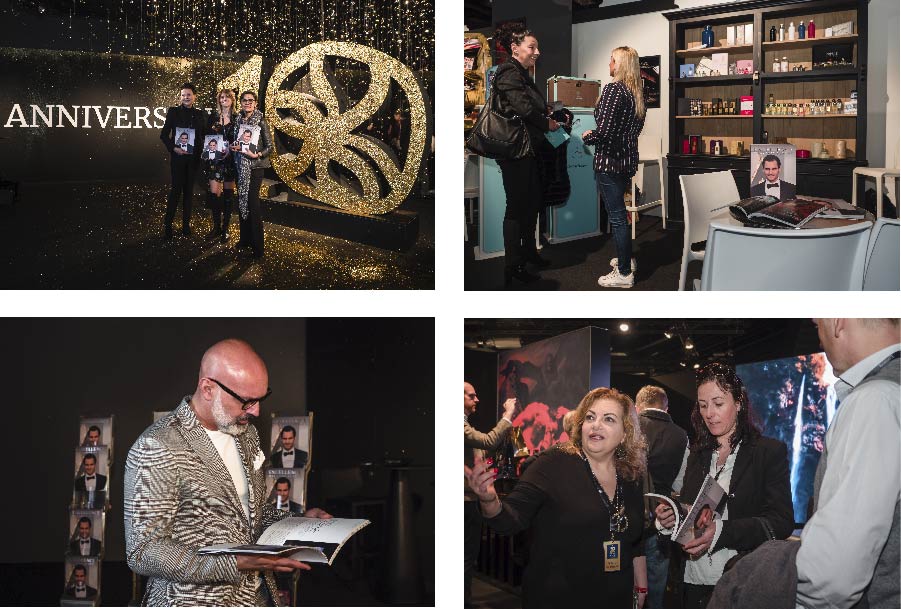 This year the finalists of the fifth edition of the Art and Olfaction Awards were announced at Esxence. The winners of this prestigious, Los Angeles-based, international award for independent perfumers will be proclaimed on April 21st during an award ceremony held at The Tabernacle in London.