Gian Paolo Barbieri is one of the most influential fashion photographers of the second half of the 20th century. Ranked amongst the top fourteen fashion photographers in the world by Stern magazine, his works have been exhibited in the best museums in the world: the Victoria & Albert Museum and the National Portrait Gallery in London, the Kunstforum in Vienna, MAMM in Moscow, the Palazzo Reale in Milan and the Erarta Museum of Contemporary Art in St Petersburg.

Born in Milan in 1938 to a family of textile wholesalers, as an adolescent he was already showing an interest in the world of theatre where he worked as an actor and set designer before moving to Paris in 1962 to work as an assistant to Harper’s Bazaar’s renowned photographer, Tom Kublin. There he met and fell in love with the world of film. In 1964 Barbieri opened his own studio and very quickly his almost pictorial feel for make-up and hair styling caught the eye of the fashion world’s international elite who invited him to publish in key international publications such as Vogue America and Vogue Italy where he became the benchmark for photographers. Barbieri created numerous advertising campaigns for the fashion empire that played key roles in the creative voice of brands such as Versace, Armani, Chanel, Givenchy and Westwood in the 80s and 90s. 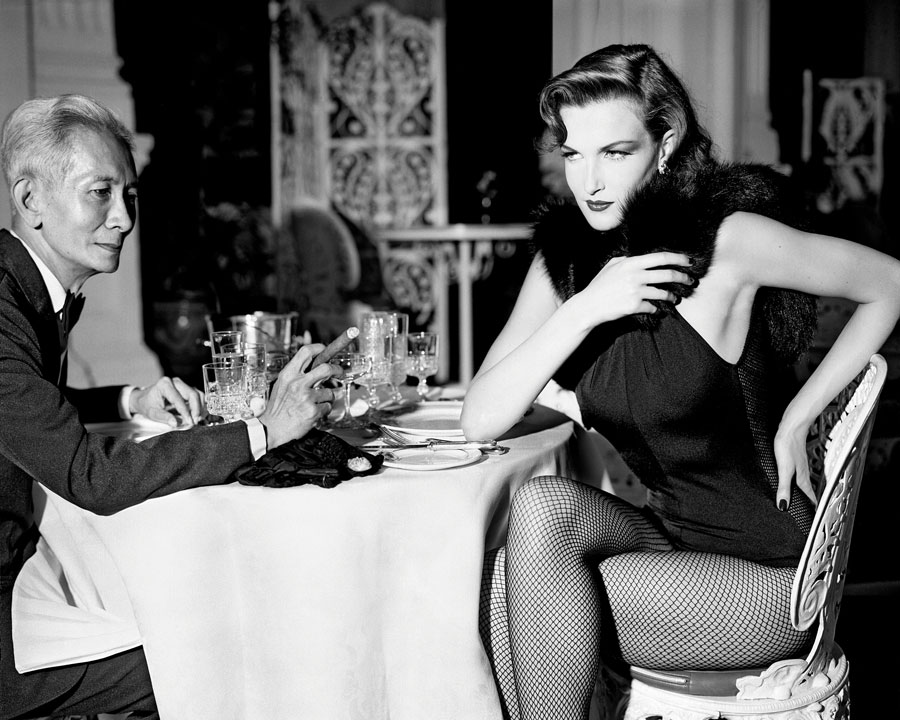 2018 saw the establishment of the Barbieri Foundation on Via Lattanzio 11 in Milan, in homage to the city of fashion. “I established this space to promote art, photography and every form of cultural expression.” The project promotes historical and contemporary photography but also welcomes the most varied of artistic expression in a spirit of sharing aimed at supporting every form of creative research. A centre of innovative, dynamic and accessible teaching, the Foundation is intended as a cultural reference point in the visual arts sector aiming to promote its artist founder and his photographic works and artistic-creative work to inspire his contemporaries and the generations to come. Through exhibitions, workshops, events, meetings and conventions, the Foundation will develop its work through an innovative approach of “creative intelligence”. The building – a minimalist, bright and elegant space – serves multiple purposes: from the archiving of more than one million photographs to the preservation and publication of a unique and varied creative corpus which bears witness to the evolution of Italian society, art and culture over the past 60 years, offering the curious the opportunity to uncover rare stories from the past.

The public are handed down a heritage of images produced over more than 60 years covering both the public and private eye of photography: from fashion to eroticism, from artists’ private lives to their portraits (we recall those of Audrey Hepburn, Jerry Hall and Angelica Houston), and the glossy still lifes for international brands. A visual narrative that transcends the word and, at times, the image, making way for the pulse of a creative dream that is looking to the future, still conscious of its past.