Gucci Off The Grid is the new sustainable collection by Gucci, made from sustainably sourced natural, organic and recycled materials such as Econyl, a 100% regenerated nylon obtained from pre- and post-consumer waste. 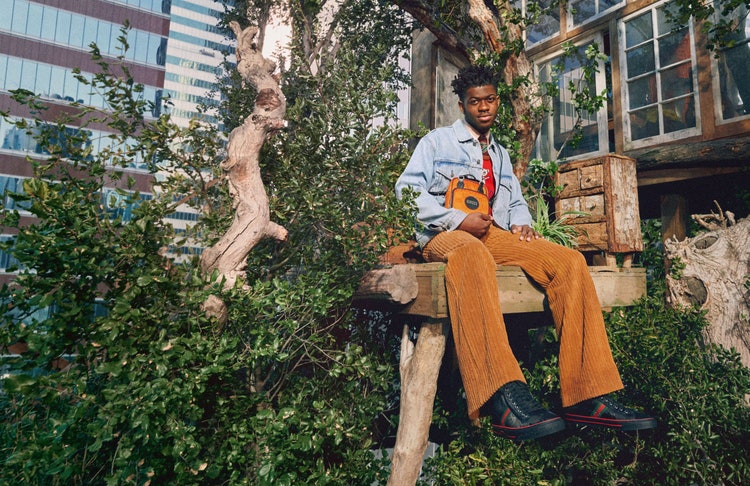 Featuring genderless suitcases, accessories, shoes and ready-to-wear clothing, the new collection is the first by creative director Alessandro Michele within Gucci Circular Lines, a project supporting the brand’s commitment to a circular production.

The collection is the result of teamwork; everyone has contributed something.
And in the campaign too, there is this idea of dialogue between people to build something new

I have imagined that we could build a tree house in the city center, all together, like children playing in the park. Because we all need to build this house or find out that our planet exists, even where it doesn’t seem to be there, or it’s far away 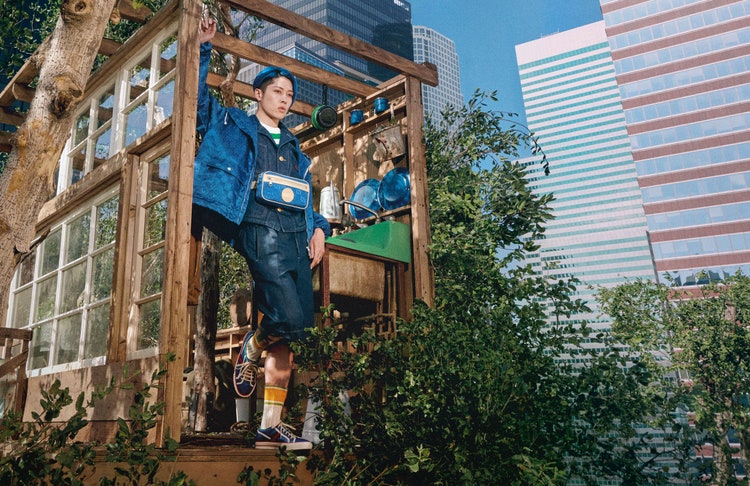 They are shown in a tree house next to modern concrete and glass buildings in Los Angeles. As the fashion house commented, “the tree house, or the simple lifestyle that it stands for, becomes a powerful metaphor for the desire to escape conventions, and to enjoy a more Off the Grid life experience”.

Now more than ever, with the coronavirus pandemic and the blocks set between countries, Gucci explains, humankind needs “to build a bond with the outdoor world, and to be fascinated by the power and splendor of nature”. 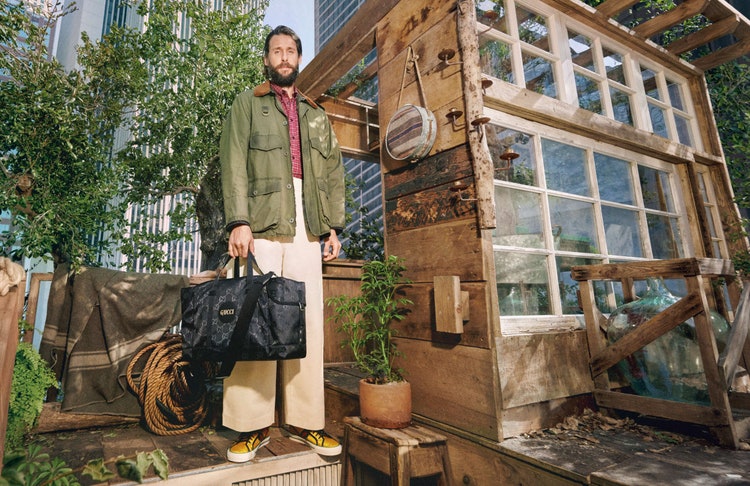 The campaign debuted last June 15 on Gucci ArtWalls all over the world – in Largo la Foppa in Milan, in the same district as Corso Garibaldi; near Brick Lane in London’s East End; in the Fengsheng Li mall, in Shanghai’s Jingan district; in Lafayette Street, in Manhattan’s SoHo district; in D’Aguilar Street, in the Lan Kwai Fong in Hong Kong, and in Yongkang Street, in the Da’an district, Taipei.

In a dedicated section on the Gucci mobile app, users can test their knowledge in a themed quiz, with questions on the collection and the circular production process. In line with the campaign theme, users can build their own virtual hut in the middle of the city by answering correctly, which will also give them access to an exclusive background to share on socials.