Great public success for “La Notte Veste Senise” created by Pasquale Guidi, featuring more than 2.000 people, sensuality, passion, originality and internationality as a sign of style and elegance, these elements that featured the sixth edition Event held in the Arena Sinni – Great Attractor of Senise (Italy), which rises adjacent to the dam of Monte Cotugno, the largest artificial invasion in Europe, a scenic space of 4000 square meters made of wood and tuff with a plate overlooking the waters of the Lake that can accommodate up to 2.500 viewers. In this place the Arena Sinni, away from it all, silent and wild, so loaded with emotions where the stage for the second year is going to be the show “Magna Grecia. Il Mito delle Origini”, whose artistic direction is entrusted to the famous director Emir Kusturica, who tells in an engaging and simple language one of the most important stories of Basilicata: those related to its origins rooted in Greek culture. 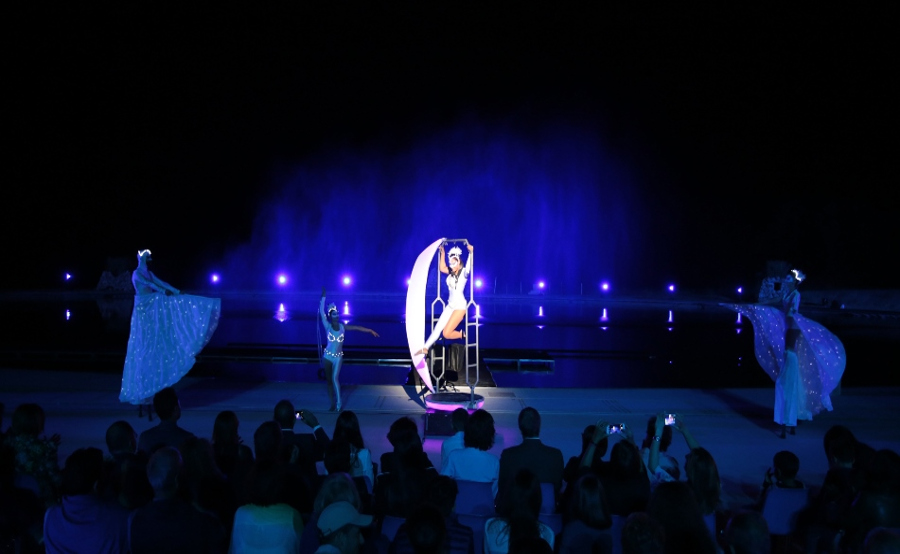 The event, produced by Cool Events by Pasquale Guidi, saw the patronage of the Senise City Council, the APT Basilicata and the GAL “La Cittadella del Sapere”.

This year, the Cool Events by Pasquale Guidi wanted to pay special attention to the autism awareness campaign that saw the involvement of the “ALA Associazione Lucana Autismo ” with the Sinis Music Band’s performance at the Institute of Higher Education “L.Sinisgalli” by Senise.

The kermesse that always combines the beauty of the area sparkles with the art of beauty and the creativity of craftsmen and stylists has seen on the transparent plexiglass walkway to parade the lake water with the models that, with the background of the show on Magna Grecia , They wore the dresses of international designers (in order of release):
Giada Curti with tailoring creations that echo noble seductive intentions, inebriated with radiant lightness and ethereal femininity, in a double play of nuances. A new, sumptuous and impalpable couture suggested by the artist’s eclecticity of Lawrence Alma Tadema; Koscanyo with his collection representing the Sicilian woman of the late eighteenth century, a strong and sensual woman who has inside her a kaleidoscope of distilled emotions in white, red, gold and black colors, Gianni Calignano who presented a floating collection, impalpable with Deco-glam dresses that make Musa inspiration elegant and sophisticated at the same time, Michele Miglionico who presented a collection dedicated to his land of origin Basilicata telling artisanship, costume, sacredness and melancholic beauty of the people of Lucano, Pansardi Bride who has been working in the bride’s world for over 30 years in Villa D’Agri has presented a preview of the 2018 collection by interpreting a different vision of the bride, while respecting romance by addressing a dynamic and contemporary woman who loves quality-conscious elegance and details. To close the elegant and refined clothes of Franco Ciambella who presented the “Delicious Botanical Dream” collection inspired by an eternal spring with its colors, its richness and its lightness.

Guests of the evocative event are the well-known songwriter Pierdavide Carone who is part of the Friends of Maria De Filippi, the singer of The Voice of Italy Timothy Cavicchini, the Circo Bianco with circus and dance performances and the salento Tommaso Filieri with her special dresses of natural floral compositions of Botticelli style, half-hearted masterpieces and floral art.

The scenery was entrusted to Mario Carlo Garrambone, choreography and direction to Matteo Giua, make-up and hair styling by the Scuola Europea Accademia of Policoro and Matera, created and managed by Mirella D’Alessandro, photographs by Gigi Samueli and Paolo Lopiano, the filming of JackVision Media Solution by Salvatore Gentile.

An evening to remember, one of those events that cross the realm of a unique evening at a natural setting out of the ordinary that led the spectator into a dream, a timeless tale. A different Basilicata, full of charm and intrigue of evocation, culture, tradition ready to face with its great beauty a new and long journey and to give new suggestions also with the creativity of high fashion. 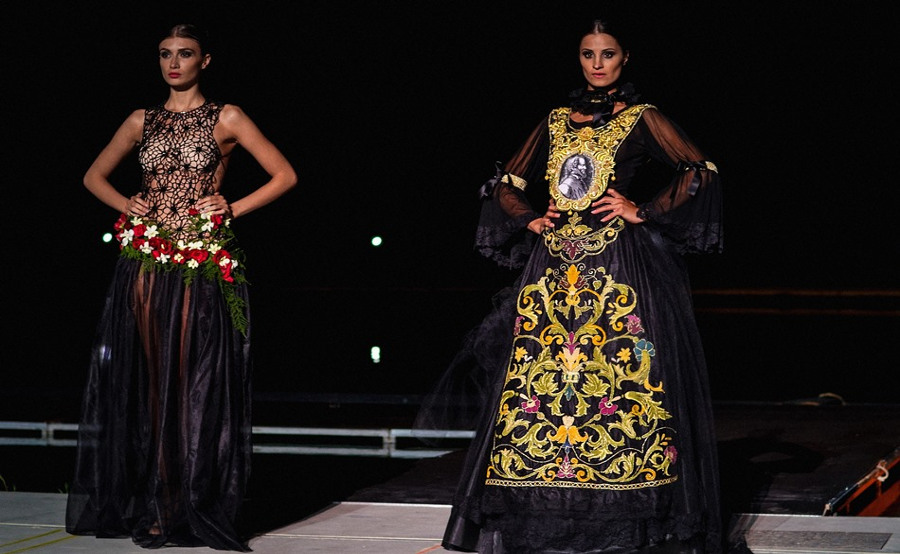 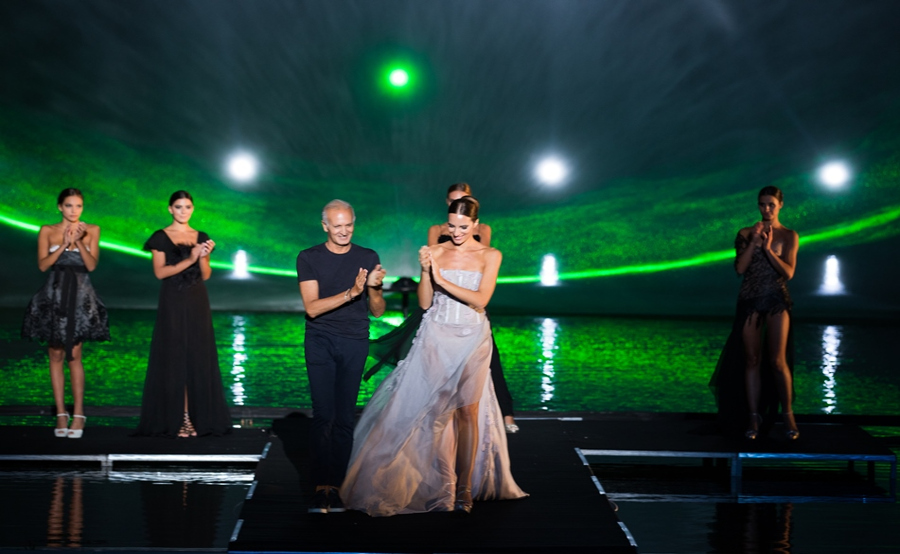