The ZoomZebra #Run4Net charity run, now in its third year, is returning to Milan to raise money for charity organisations NETITALY and A.I. NET Vivere la Speranza which have spent decades supporting sufferers of neuroendocrine tumours and their families. The initiative is supported by the amateur sporting association Leone XIII Sport and the pharmaceutical group Ipsen.

The non-competitive run will start at 10am on Saturday 21 April at the Arena Civica where the ZoomZebra Village will be set up with refreshment points and information stands. The course winds around Parco Sempione where participants can choose to run 5 or 10km depending on their ability, and they can also take part in fun sporting activities for free, along with the whole family. Special guests will include characters from Star Wars, entertainment will be provided by the Big Bang Party, pet therapy by Tempo per l’infanzia and Ghisalandia, and learning workshops will be put on by Bambini ancora along with activities from Playmore. The runners and their families can also take part in the sporting activities organised by Leone XIII Sport throughout the morning: from fencing to mini rugby, from football to athletics, the event promises to be an out-and-out festival of sport, all in the name of solidarity.

A new feature for this year is the “ZoomZebra” app created by young digital professionals from the Lombardy-based software house K BRAND (www.kbrand.it). This app will make the experience even more engaging for runners, offering associations the opportunity to reach a large audience to promote their activities. The “ZoomZebra” app, available for free on all iOS and Android smartphones, will enable athletes and their families to follow the run in real time with a route tracker, timer, list of runners and news on the event. At the ZoomZebra Village, there will be a digital tool for collecting and managing contacts and two posts for exchanging information between visitors and patients’ associations. The “ZoomZebra” app can be downloaded for free from the website www.zoomzebra.net , from Apple Store and GooglePlay.

ZoomZebra #Run4Net is supported by the Lombardy Region and is sponsored by CONI, the Municipality of Milan, the University of Milan-Bicocca and the Cariplo Foundation. Ambassadors of the event are Social Policies Councillor Pierfrancesco Majorino, Welfare Councillor Giulio Gallera and footballer Massimo Ambrosini, former Italy international and AC Milan captain.

ZoomZebra was created in 2016 to support the charity associations NETITALY and A.I. NET Vivere la Speranza which help patients and their loved ones. Often, the symptoms of Neuro-Endocrine Tumours (NET) are unclear and are spotted too late, hence the idea of using the black and white striped animal as a symbol: when we hear the sound of hooves, we expect to see a horse, but sometimes it turns out to be a zebra. According to official data, NETs affect 4-5 people in every 100,000, and 60-80% of patients are diagnosed at a very advanced stage, since the symptoms are similar to those of very common illnesses.

For registration, information and donations: www.zoomzebra.net  email rosalinda.bastianini@leonexiii.it or at the Leone XIII Sports Centre, via Rossetti 4, Milan. 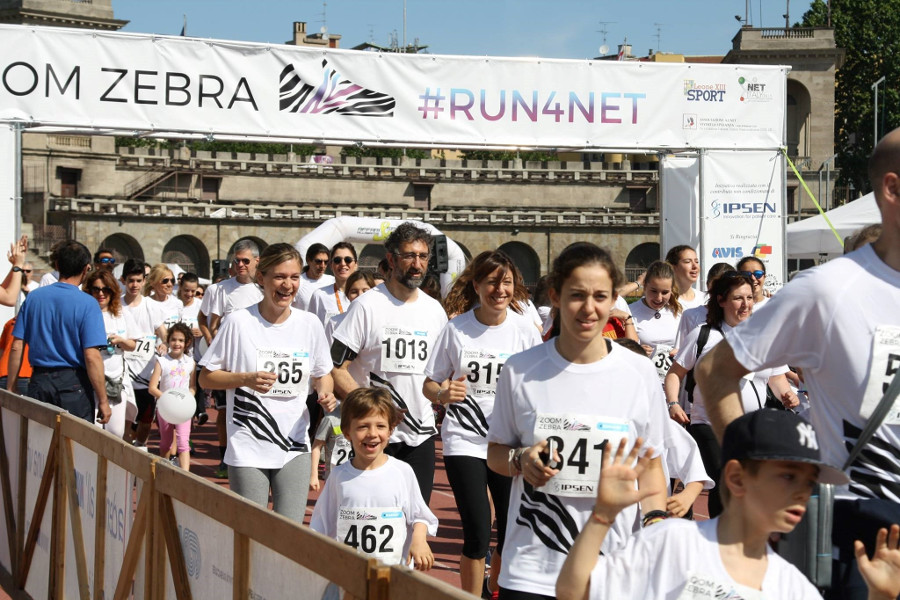