HARD ROCK ROCKED THE NIGHT AWAY

The world’s first Guitar Hotel at Seminole Hard Rock Hotel & Casino officially opened as part of a $1.5 billion expansion that catapults the integrated resort and casino to world-class status as an unrivaled gaming and entertainment destination. 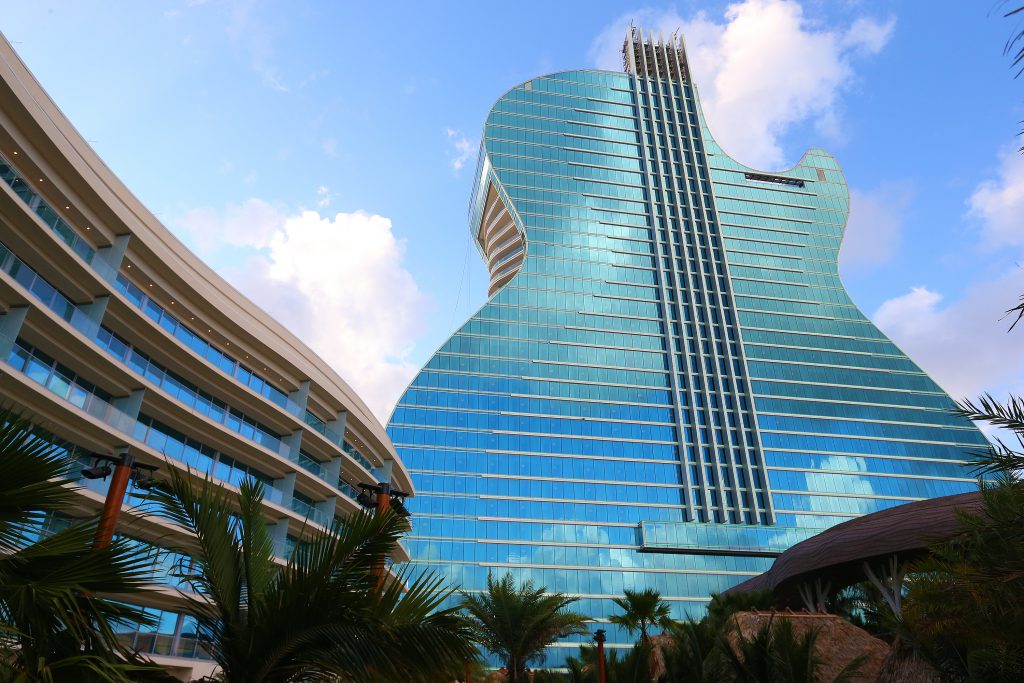 Lots of A-list celebrities including Johnny Depp, Morgan Freeman and Julio Iglesias Jr. crowded an elevated red carpet at the base of a massive video wall to kick off the grand opening celebration at the Oculus, a stunning design feature at the entrance from a new grand porte-cochere. The Oculus encompasses elements of lush greenery, light and water, choreographed to music.

The signature Hard Rock Guitar Smash signaled the official opening of the expansion including the world’s first-ever guitar-shaped hotel. The Guitar Smash followed greetings of welcome from leaders of the Seminole Tribe of Florida and Seminole Gaming, which own and operate Seminole Hard Rock Hotel & Casino Hollywood.

The Guitar Hotel will attract visitors from throughout the nation and around the globe.
They will experience a world-class entertainment, gaming and dining destination

The premiere of the Guitar Hotel’s show-stopping light show extravaganza followed the Guitar Smash, with a series of orchestrated outdoor music and light shows that capitalize on LED lights built into every side of the Guitar Hotel. The lights are programmed to change color and intensity, with changes timed to music. Six fixed high-powered beams of light project at least 20,000 feet into the night sky. The six lights mimic guitar strings of an imaginary guitar neck. Throughout the outdoor lagoon launch party, there were sensational surprises everywhere from mermaids in the pool, jet-pack propelled flyers, to fairies in the sky and gymnasts on rings. Food and drink was also plentifully provided for the VIP guests lucky enough to be invited to this spectacular pool party debut. 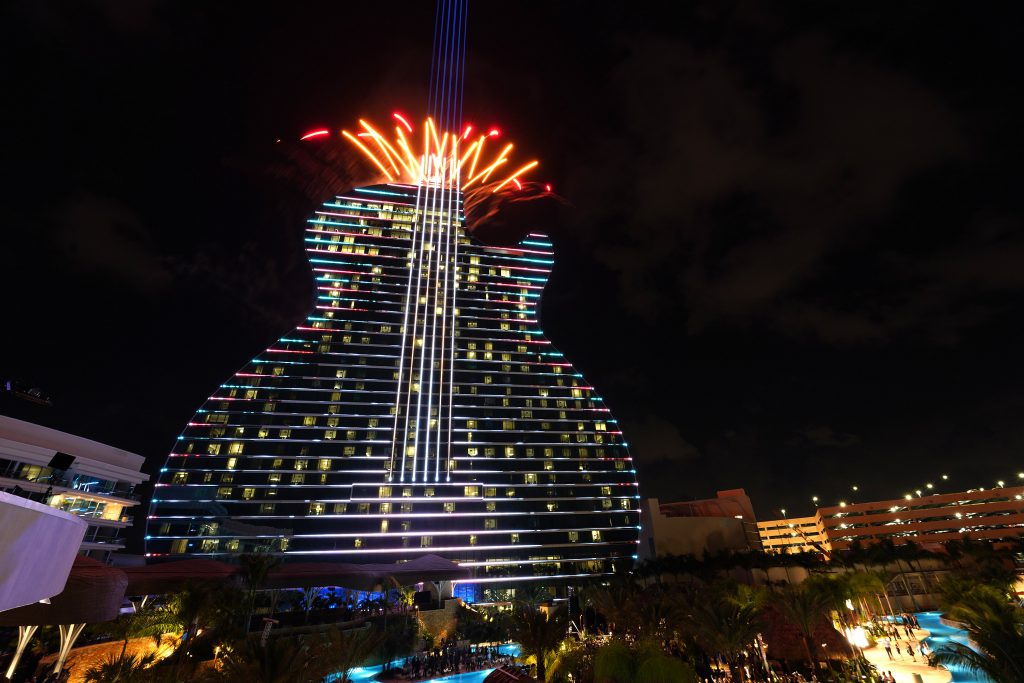 With venues in 75 countries spanning 259 locations that include owned/licenses or managed Hotels, Casinos, Rock Shops and Cafes, Hard Rock International is one of the most globally recognized companies.  In 2019, three new Hard Rock hotels opened in London, Los Cabos, Mexico, and the Maldives plus 37 more hotels are in the works. Today Hard Rock owns 83,000 pieces of music memorabilia.  Florida is home to the Hard Rock’s two most successful flagship properties (Hollywood & Orlando) and the global headquarters is based here in Hollywood. The brand is owned by The Seminole Tribe of Florida who have proactively promoted and supported the global growth of the company.