The MonteNapoleone District is getting ready for Christmas. From 27 November to 8 January Via Montenapoleone, Verri, Sant’Andrea, Santo Spirito, Borgospesso and Bagutta will be a theatre of magical Christmas spirit: music, lights and a huge Christmas tree. Light displays in the suburbs too and a fundraising event for Oxfam. Milan is getting ready for Christmas to the notes of beautiful Christmas carols played by the Marching Band of the Lombardy Carabinieri’s 3rd Regiment. On Wednesday 29 November at 7pm the parade will make its way along Via Montenapoleone to Piazzetta Croce Rossa for the switch-on of the imposing Christmas tree, donated by the Banca del Fucino, and the opening of the fair which will light up the Fashion District until 8 January. Thanks to the MonteNapoleone District, which now represents 150 Global Luxury Brands and 5-star Luxury Hotel Partners, the heart of the city will beat as one, bringing Christmas spirit to the citizens of Milan and tourists alike. Guglielmo Miani, President of the MonteNapoleone District, explains, “The Christmas Shopping Experience, which we have organised for the past seven years in the streets around the Fashion District, makes Milan even hotter and more exciting, and thanks to that special atmosphere that exists in every major international city, from London to Paris to New York, we are helping to make our city a destination during the festive season as well. This year, for the fourth consecutive year, in addition to the six streets in the association, we are also lighting up the Ponte Lambro district, underlining our commitment to promoting the city suburbs”.

In Piazzetta Croce Rossa, Banca del Fucino – a private bank founded in 1923 by the Torlonia princes and still owned by the family – is reconfirming the commitment it made last year by switching on the huge Christmas tree, an 18m tall “Abies Nordmanniana” or Nordmann Fir, which will brighten up the whole surrounding area. This year along Via Montenapoleone, Verri, Sant’Andrea, Borgospesso and Bagutta, the MonteNapoleone District is installing a light display with strings of alternating lights and green fir globes. In contrast, on Via Santo Spirito, the intrinsic nature of the ancient street will be respected with displays made from pine branches decorated with flames of light and green pine boules. “High-class” music, specially selected by Radio Monte Carlo, will provide the backdrop to your shopping and, while strolling along Via Montenapoleone, you can admire the various displays: Audi, the only premium car brand offering a series of dual-fuelled cars (A3, A4 and A5) operating on TFSI petrol technology and compressed natural gas, are presenting their innovative Audi g-tron range. Further along, there is a photography installation created by Valverde water and a display entitled “Luxury is served”, designed by the British Consulate General’s Department for International Trade (DIT) in Milan which, under the aegis of Luxury is Great, presents a journey into table art and giftware from the UK. During the weekend of 16-17 December, the “Christmas Shopping Experience” will amaze with many events for both young and old: a charming Father Christmas and his elf will brighten up shopping days, handing out chocolates from Pasticceria Marchesi. Beside the Christmas tree in Piazzetta Croce Rossa, the British Consulate, in collaboration with Oxfam, will be organising an exclusive charity photo shoot entitled “A Picture for Oxfam”: inside a traditional English phone box, a professional photographer will snap Polaroids for a minimum donation of €10, with proceeds going to help manage and distribute drinking water in countries affected by water crises. 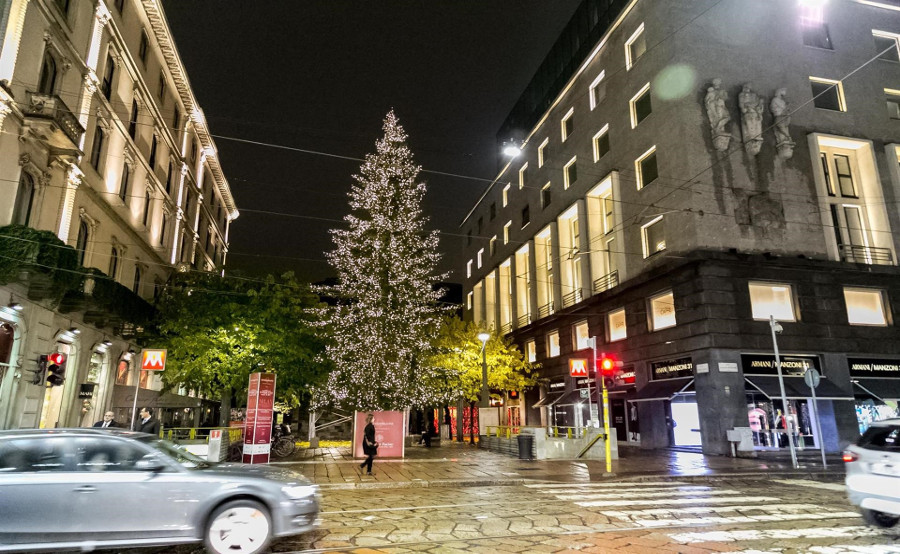 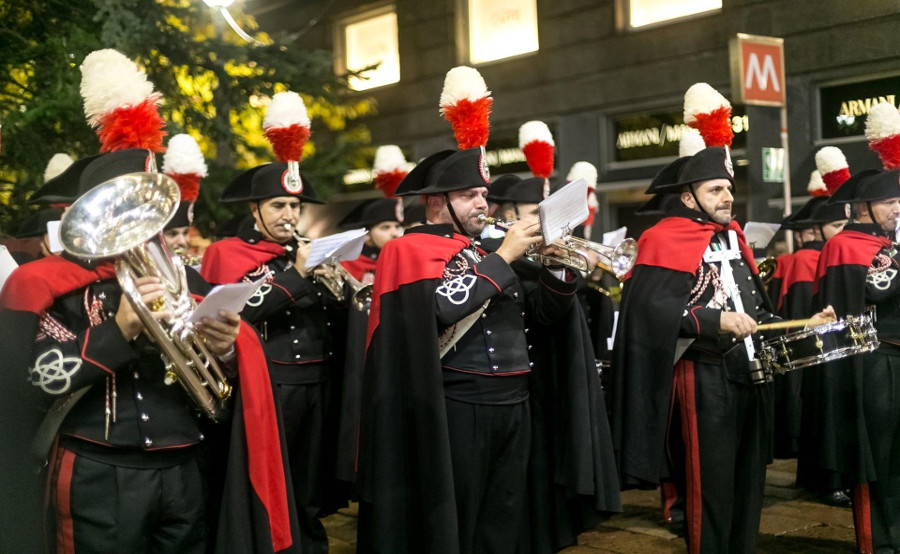