Let’s keep the Passion burning! An edition that paid off the long wait

A success beyond all expectations. The motto of this edition “Let’s keep the passion alight” was a good omen. And on Saturday in via Nassa we finally returned to breathe an air of genuine enthusiasm and optimism!

112 cars, 11 classes, over 40 brands: after two years of absence due to Covid, the second edition of Lugano Elegance and the eighth of Lions in Classic ended last weekend. What was born in 2013 as a local charity project of the Monteceneri Lions Club under the motto “Let’s do good while having fun”, this year with the second edition of Lugano Elegance, thanks to the support of the city of Lugano and the passion of sponsors, partners and supporters, it has turned into a sporting and cultural moment with an international character, capable of attracting a large audience genuinely interested in “Beautiful and well done”.

Michele Foletti, Mayor of the City of Lugano: “A cultural day: on Saturday we presented with Lugano Elegance in the pedestrian heart of Lugano, and in the morning in Piazza Rezzonico with the warm-up of the 1000 Miglia, a concentration of technology that made history of the evolution of mechanics in this century and in the previous century – there was something for everyone to learn. I am absolutely convinced that moments like this serve to make all of us aware of what technological steps towards the future will be ».

Massimo Albertini, President of the Organizing Committee: «We have had cars from all over Europe and also from the United States, high-level cars that are often seen only in museums, and this has given us great satisfaction because it has allowed us to propose to Ticino and to the tourists who were in Lugano on Saturday some important visions ».

Friday, April 29, the opening of this “Three days” took place in the heart of via Nassa, at Imago Art Gallery with the vernissage of the Enrico Ghinato exhibition “Transparency and copresence” – an event that met with great success with the participation of over 300 guests.

On Saturday 30 April the entire center of Lugano was swarming with enthusiasts and onlookers: Lugano Elegance animated via Nassa with 49 cars that have marked the history of world automotive mechanics and design. A success further sealed by the interest also in the first charity dinner of the competition, which recorded the “Sold-out”: 120 participants, the awarding of the winning cars of Lugano Elegance and a mini auction of rare automobilia objects sold by the prestigious house Bonhams international auction – its proceeds were entirely donated to charity, underlining the charity spirit that animates this event.

The discouraging weather forecasts for the day did not keep fans and curious onlookers away from Lugano Elegance, the international event of classic and historic cars whose ambition is to rightfully enter one of the main European events dedicated to vintage vehicles.

The fascinating cars, produced from the 1920s to the 1970s, gave a fine show of themselves under the careful scrutiny of two prestigious juries: the jury of the elegance contest, chaired by Philip Kantor, head of the Automotive division Europe of Bonhams, as well as judge at the most important elegance contests in the world, and the jury of the “Best documented” car, chaired by Julio Saiz, founder of The Motor Chain, the innovative platform that allows you to collect, maintain and update the vehicle history through a simple and powerful tool, supported by an NFT blockchain technology.

The many novelties announced for this edition have attracted and intrigued a sophisticated public: proof of this is the “Sold-out” of the guided visits to the highlights of this exceptional event. Beat Wälti – passionate collector and connoisseur of the sector, led the visits with an unparalleled “British accent” and curious anecdotes from the “Behind the scene”, enchanting fans and families alike without distinction. Even the weather had to bend in front of a lot of enthusiasm: and the sun, against all weather forecast, pleasantly accompanied the afternoon. The mobile app dedicated to the event was also very popular, with the possibility of following Lugano Elegance in streaming, and the big screen in Piazza Riforma, which was the setting for the greeting of the Mayor of the City of Lugano, Michele Foletti, and at the parade of winning cars.

So who won the two flagship creations of the prizes of this competition?

Lugano Elegance had two overall winners: prewar and postwar. The trophy created for the competition by Marco Pagot, the hand that drew the famous cartoon characters Calimero, black chick and Grisù dragon, the winning car of the “Best of Show Prewar”, 1932 Alfa Romeo 1750 Berlinetta Aerodinamica Touring , and the Rallymaster Hamilton Black chronograph No. 5 of 88, produced in a limited series by The 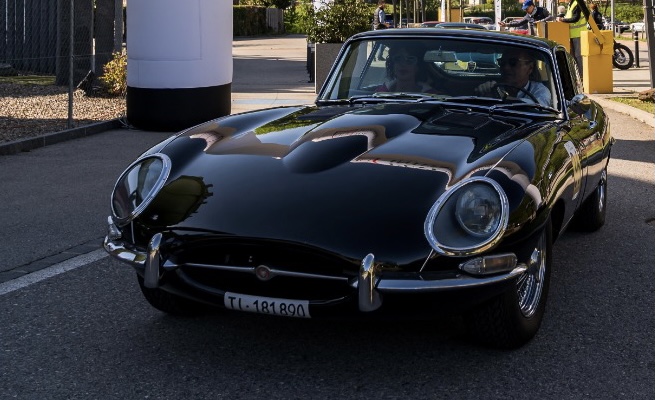 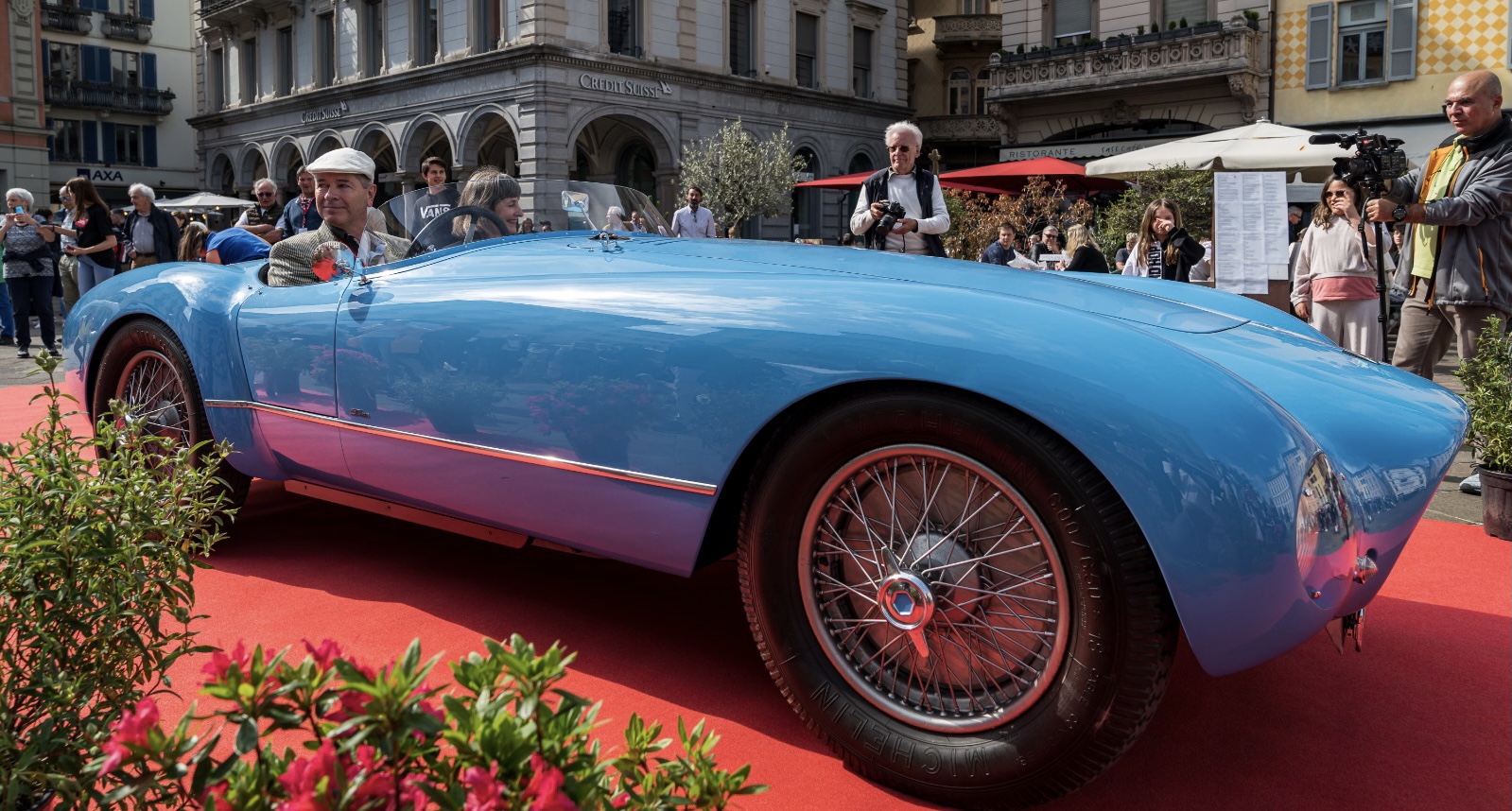 LIST OF CARS AWARDED BY THE JURY BEST DOCUMENTED CAR 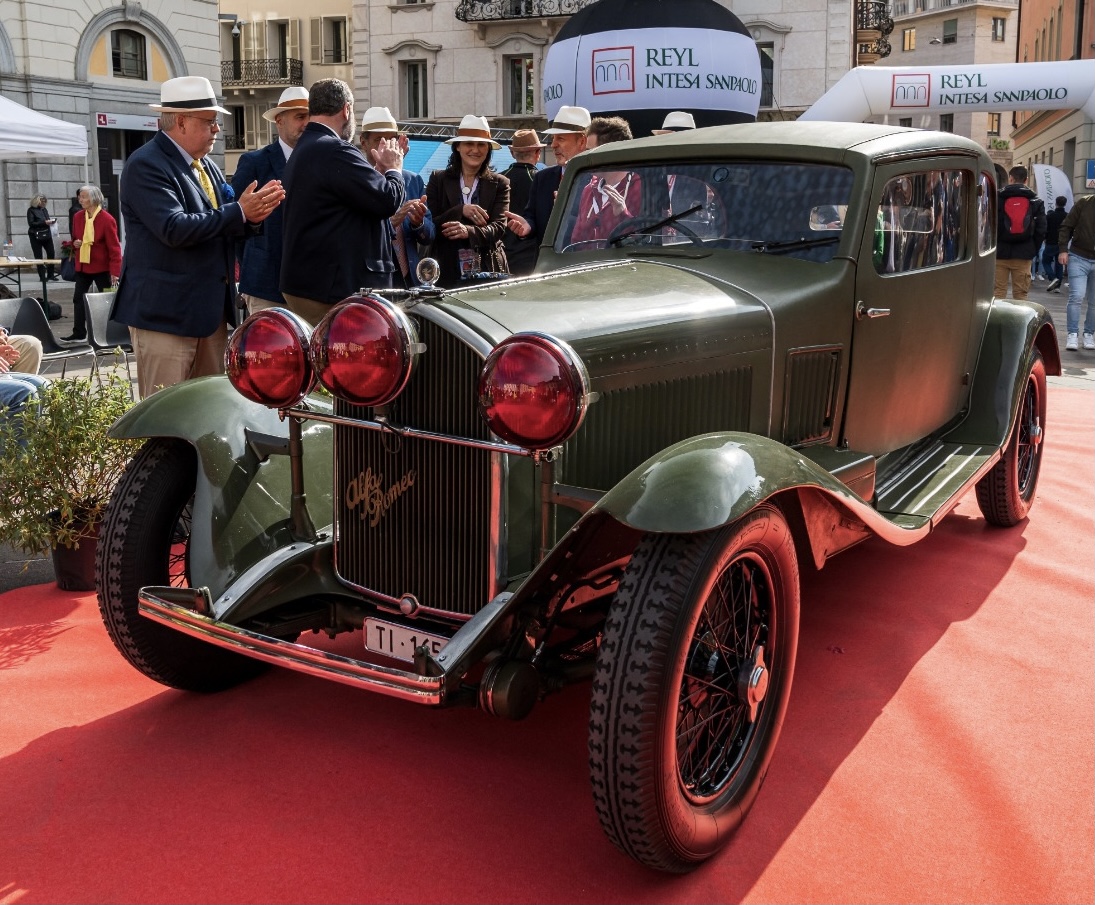 On Sunday 1st May, 63 collectors gathered with their cars for what has now become a tradition not to be missed: the Lions in Classic regularity race that unfolded through the breathtaking landscapes of our beautiful canton, from Rivera to Mendrisio .

Winning first place were Ferruccio and Tamara Nessi with their 1963 Jaguar E-Type.

All this, however, would never have been possible without the genuine passion and motivation of all the friends, institutions, organizations and sponsors who have worked personally for the success of this remarkable edition: a heartfelt thanks to everyone from part of the organizing committee!

So see you next spring for a new appointment in the name of healthy normality, curious passion and exciting optimism.