The powerful Louis Vuitton fashion show that closed Paris Fashion Week brought great attention to the fluidity of gender which, thanks to Nicolas Ghesquière, develops a fashion jargon capable of dealing with the gradual disappearance of distinctions.

A mixed fashion show for Spring-Summer 2021 that showed a mix of adventurous and masculine cuts for women, and feminine fabrics and finishes for men, in an evocative collection, presented on the top floor of the Samaritane, the latest real estate project innovative by LVMH. 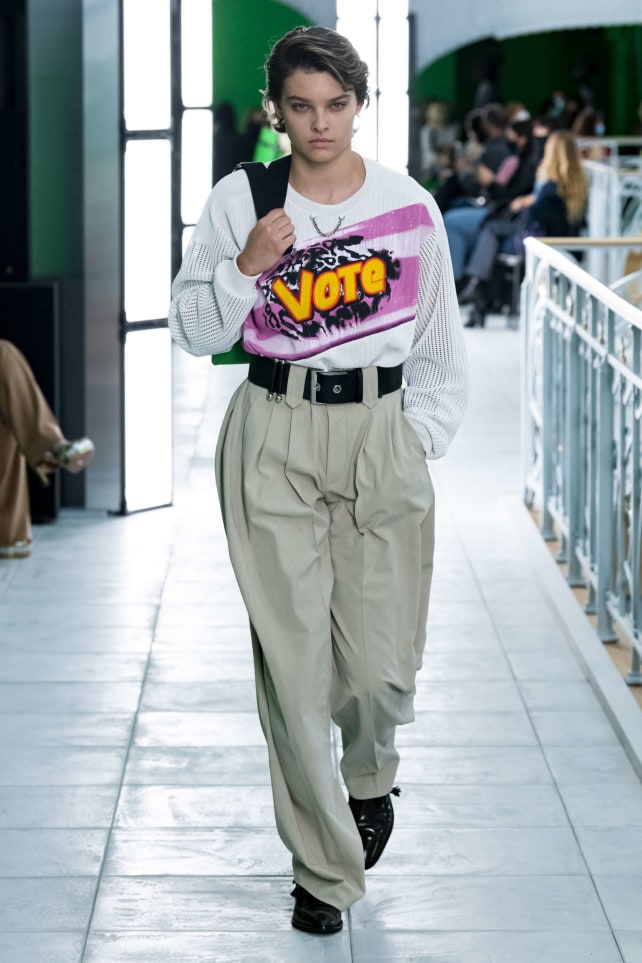 Located on the banks of the Seine, the overall project includes, among other things, a six-star “Cheval Blanc” hotel, overlooking the Pont Neuf, and a colossal shopping center dedicated to experiential shopping, housed in this former historic style department store art nouveau.

Ghesquière was credited with clarifying his views during Fashion Week. Her first supermodel wore a loose white sweatshirt with graffiti-style lettering proclaiming “Vote”. Others sported explosive urban graphics: “Drive”, “Hooks” or “Dunce” in the macho colors of racing cars. Many of these vibrant concepts have been used in fitted evening dresses worn under superb bulky trench coats by spy movie heroines.

We venture into a territory that is still stylistically fluid. A sensitive area that erases the genre and promises exponential creative possibilities. What does an in-between garment look like? What kind of cut can dissolve the masculine and feminine?

asks Nicolas Ghesquière in his note to the program.

The Vuitton designer repeatedly shows great mastery in cuts: fantastic men’s double-breasted suits-coats, low waist – and the most beautiful trousers we’ve seen this season: for men, in a version with puffed ruffles, worn with a jacket as an officer. And his double-breasted aviator jackets with spy trench coats will be a hit. 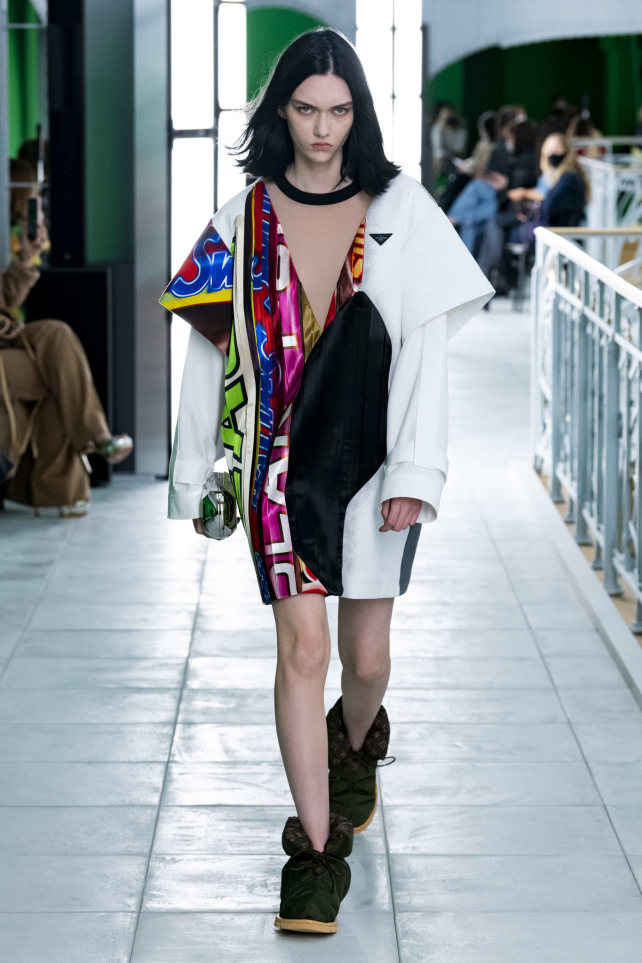 Furthermore, all the tops launched by Vuitton deserve a gold medal. In a season that allowed us to discover a whole new generation of young catwalk talents – as Covid-19 prevented super-tops from taking the plane – the French fashion house was able to boast of showing the richest group and lively with new faces from all the shows seen in Paris.

Skillful Maneuver: The famous knotted belt, signature of the Parisian designer, this season has been completed with large military-style eyelets. And while Ghesquière wasn’t the only designer to sport micro-glitter-laden looks, hers were the most effective. And his marbled men’s tuxedos were sensational. All presented in a very particular way among the green furnishings and the imposing frescoes of the nineteenth-century department stores, depicting peacocks.

20 million people a year walk between Notre Dame and the Louvre, and this place is right in the middle. Along the way you can cross the Pont Neuf, the most photogenic in the world. Everything is beautiful here!

La Samaritaine will undoubtedly represent a new concept in terms of shopping, mixing unique architecture, a high-end shopping experience and a culinary department store. Its top floor will include half a dozen restaurants, many of which will offer exceptional views of the Parisian landscape, from the Louvre to the Eiffel Tower and Sacre Coeur.

This floor will be magnificent, a real hive full of activity. Take my word for it

said the CEO of Vuitton, whose maison will have a shop right in the center of the complex.

The international event confirms its next edition Under the High Patronage of S.A.S. Princess Charlène of Monaco from 14 to 18 May 2021
Read more
Luxury & Sustainability

De Chirico and the Metaphysics, Palazzo Blu in Pisa extended until 5 September

The anthological exhibition De Chirico e la Metafisica, set up in Pisa in the rooms of Palazzo Blu, which was scheduled to close on Sunday 9 May 2021, is extended until 5 September 2021
Read more
Load more

The international event confirms its next edition Under the High Patronage of S.A.S. Princess Charlène of Monaco from 14 to 18 May 2021
Read more
Dolce Vita

Venice Boat Show, at the Arsenale from 29 May to 6 June