My dare to dream

I would like to introduce you to the….
…140 m Super Yacht Airship Carrier Concept – “Dare to Dream” who is designed for a visionary owner who would be equally passionate about yachting and flying, and who would like to be able to explore new places by enjoying the calmness and elegancy of an airship, or just have dinner above the bay of Monaco, or even spend a couple of days flying above the Mediterranean waters, before finally returning, to dock the airship on his superyacht.
The concept is designed in such a way that, beside all the amenities that the super yacht would offer, the airship itself to have accommodation for, of course just a of guests, and a saloon for dinners/cocktails/relaxation. “My concept is inspired from the yachting industry and military vessels design, but also from the fascination that I have for the beginning of the century zeppelins that were transporting passengers across the Atlantic in an luxury and romantic manner. Nowadays we have lost this elegancy and tranquillity of travelling that the cruise liners and airships were offering in the beginning on the 21 century. My concept wants to give these feelings back to its future owner.
A revolutionary super yacht specially designed to carry an airship on board, for an owner who would equally be passionate by yachting and aviation. The yacht shall be around 140 m in length and the airship around 100 m. The main’s yacht name is MY Dare to Dream and the airship would be called the Flying Diamond. The yacht would accommodate at least 12 guests, but also on the airship there will be entertaining and living spaces.” 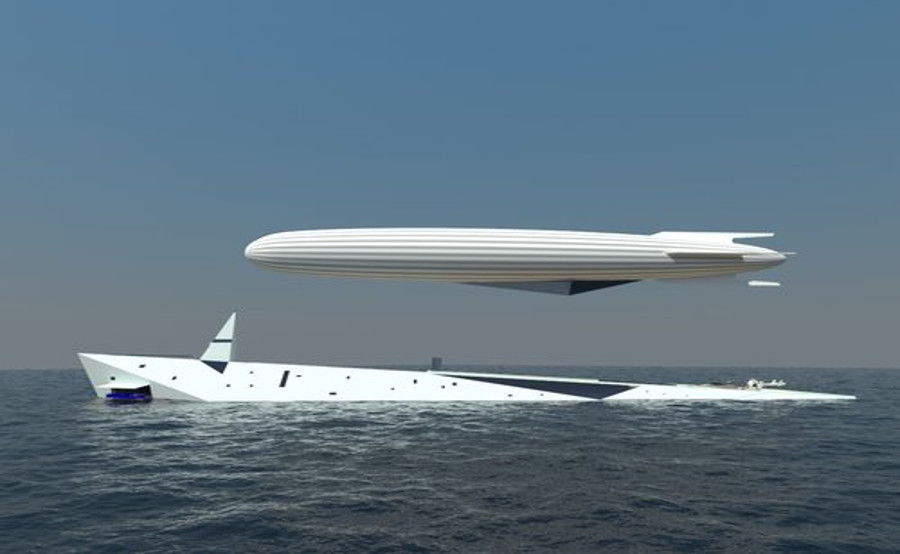 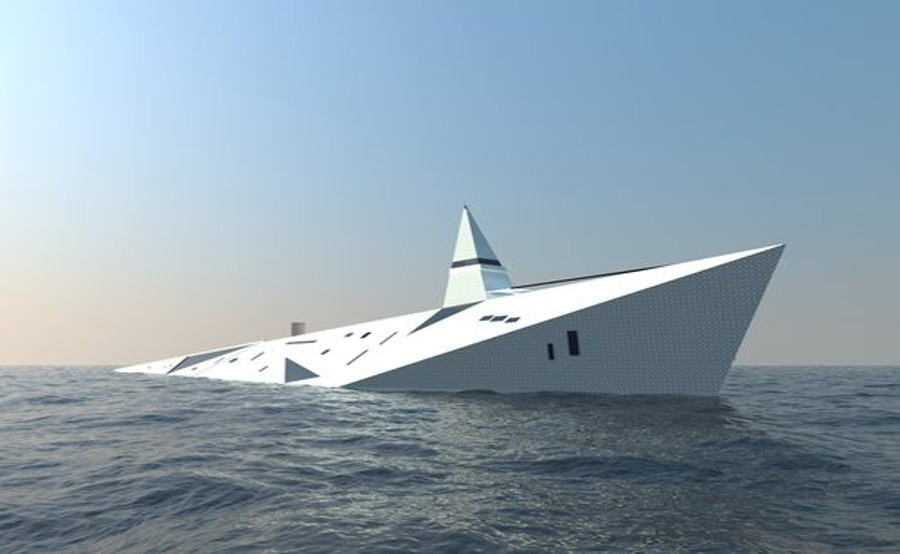