There are numerous events that follow one another in the calendar dedicated to historic motoring and which, year after year, are awaited with passion and curiosity by the public and professionals, but some create much more anticipation, one of these is certainly the Poltu Quatu Classic Elegance Competition, now in its sixth edition.

The reasons for the success are more than one, in addition to the participation of extraordinary cars and personalities who have made the history of modern motoring, the setting of the Grand Hotel Poltu Quatu should be emphasized, a “hidden port” overlooking a natural inlet of facing the Maddalena Archipelago, between pink granites and Mediterranean vegetation, on the north eastern coast of Sardinia where Simone Bertolero, deus ex machina of the event, organized everything in the best possible way to pamper participants and guests assisted by an excellent staff always ready to satisfy every need … a Concours d’Elegance certainly, but also a 5-star holiday! 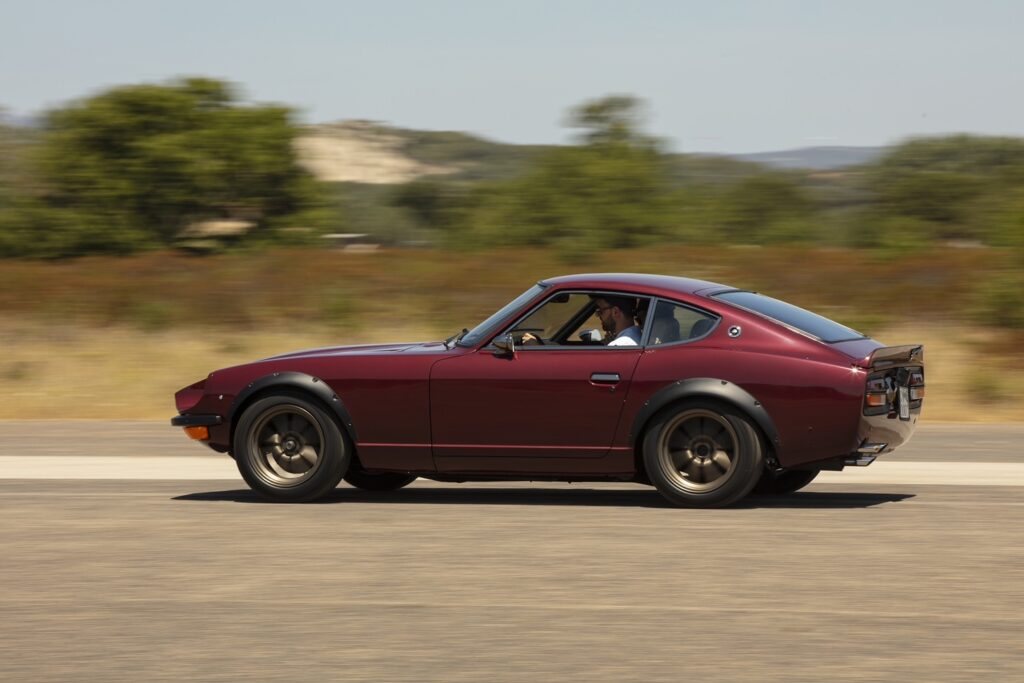 Also this year the glance is breathtaking … in the square in front of the hotel are parked, almost by chance, over forty cars covering the production of sports, racing and super cars of the last ninety years divided into seven categories, the largest is a novelty this year, called Sex on the beach groups a dozen small beaches, four of which are owned by Stuart Parr, a New York collector who crossed the Atlantic with one more unique and rare Iso Grifo Spider. 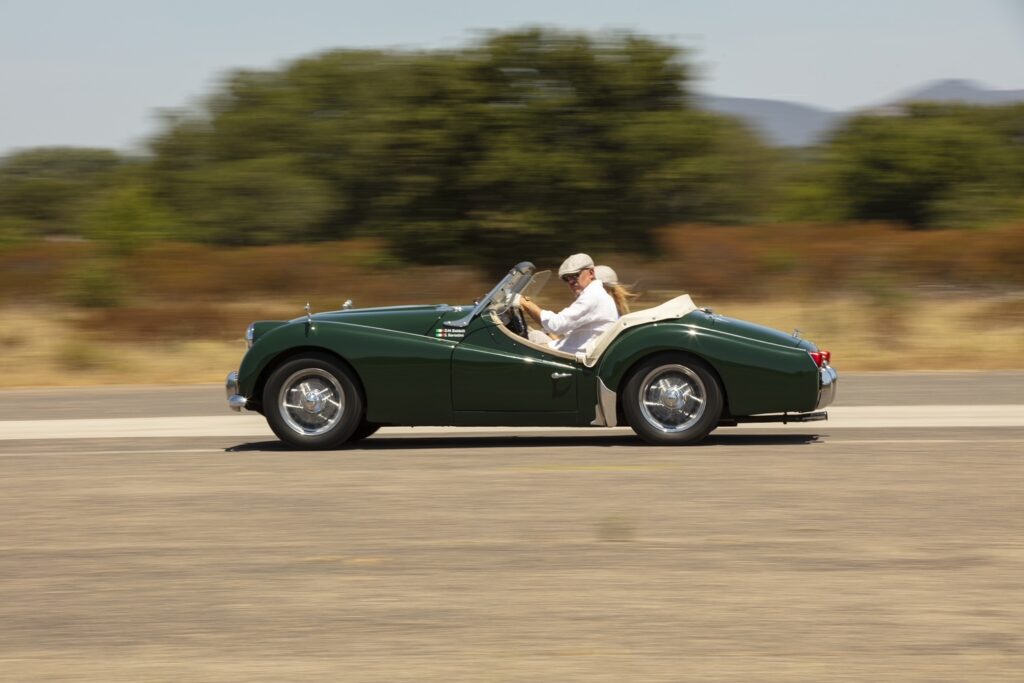 On Friday afternoon the jury chaired by Paolo Tumminelli, a well-known car historian, begins the careful and scrupulous examination of the cars, together with him known names of those who have left and continue to leave a deep imprint in the world of sports and classic cars such as the designer Fabrizio Giugiaro who celebrates thirty years of activity here, Luciano Bertolero, founder of Auto Classic and great Ferrari expert, Alberto Vassallo, CEO of Car and Vintage, J. Philip Rathgen, CEO of Classic Driver, Mariella Mengozzi, Director of the Museo dell ‘Automobile of Turin, Gaby von Oppenheim, writer and driver of historic cars, Enrico Renaldini, PR of Gare d’Epoca, Shinichi Ekko, journalist and president of the Maserati Club Japan, as well as Valentino Balboni, legendary Lamborghini test driver.

At aperitif time, a colorful column climbs the hairpin bends that lead to San Pantaleo, a small village in Gallura where, in the square framed by oleanders of all colors, cars attract the attention of tourists and residents. On Saturday Simone Bertolero reserved another surprise for the guests. We know that the Poltu Quatu Classic Competition is not just a static exhibition and therefore what is more dynamic than a drag race? But where can you run 700 horsepower supercars like the Lamborghini Aventador in complete safety? On the runway of a disused airport of course !!!

On the hot asphalt of the Venafiorita airfield, the cars compete in pairs in a “burnt youth” style race in which everyone felt a bit James Dean…

The tour of the Costa Smeralda continues with an aperitif at Cantine Zanatta, an entrepreneur from Treviso who has been transplanted to Gallura since 1975 where he cultivates 120 hectares of vineyards.

And then again at the Vesper Beach Club on the beach of Capriccioli inextricably linked to another James whose surname is Bond, the unforgettable arrival of Roger Moore on the beach aboard the white underwater Lotus alongside Barbara Bach and while tourists and swimmers alike enjoying the crystalline water of Sardinia the jury continues its work with the last exam session.

A jump to the small square in Porto Cervo for an aperitif offered by the Maison Girard-Perregaux and then everyone in the hotel to get ready for the long night that will see the class winners, but above all the queen of this competition that will win the Best in Show award.

And here is the most awaited moment in which the ubiquitous Simone Bertolero flanked by Savina Confaloni, beautiful and good as always, present the class winners.

In the Rally Queens class he won the Lancia 037 Group B of Gianmario Francone, while the prestigious Pole Position Award of the partner Pirelli was assigned to the Subaru WRC of the Antigua Consul Carlo Falcone.

The 2021 event was also the first opportunity to closely admire the restomod of the Datsun 240z made by Garage Italia in the Back To The Future class dedicated to cars subject to non-conservative restoration and which saw the final success of the Maggiore 308M built in Forte dei Marbles based on Magnum PI’s legendary Ferrari 308 GTS. 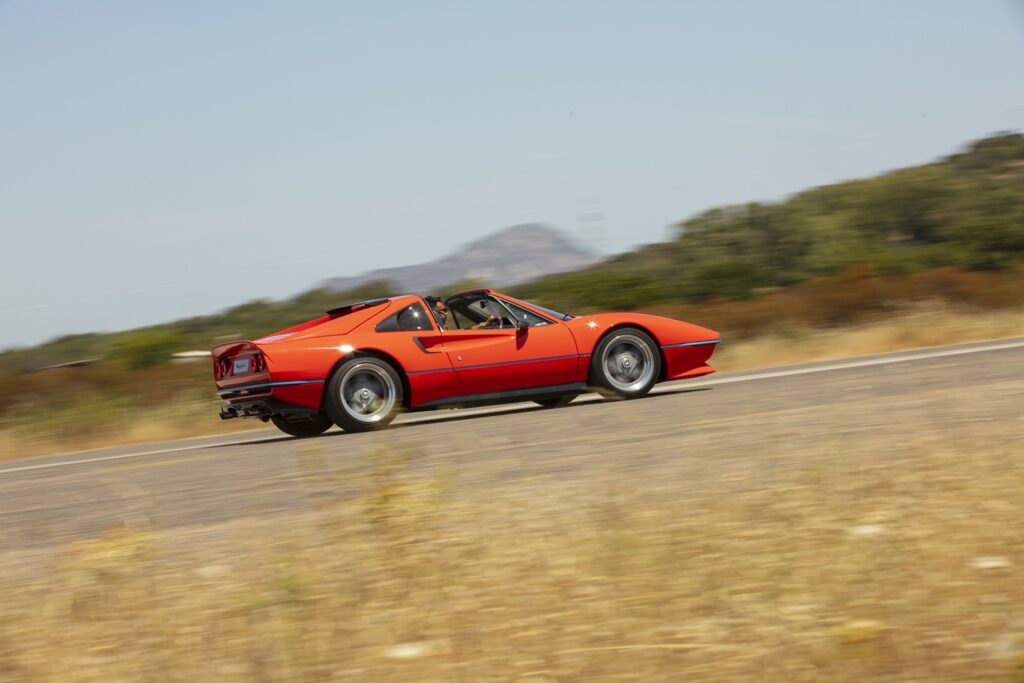 The majestic Lancia Astura Cabriolet Pininfarina from the Lopresto Collection won the A Matter of Style Class by beating the competition of the many other masterpieces of design masters present in Sardinia.

The historic La Dolce Vita Class saw the success of the Lancia Aurelia B24S Convertible of Strada and Corsa, which came from Holland to the Costa Smeralda on its wheels after a journey of over a thousand kilometers.

In the Forever Young Class dedicated to Youngtimers, the Jury of the Competition chose the Ferrari 208 GTB Turbo Intercooler of Alex Donnini, one of the best-known Italian sports driving instructors, who beat the Lancia Delta Evoluzione of Max Sirena Skipper di Luna to the wool. Red Prada Pirelli Team. 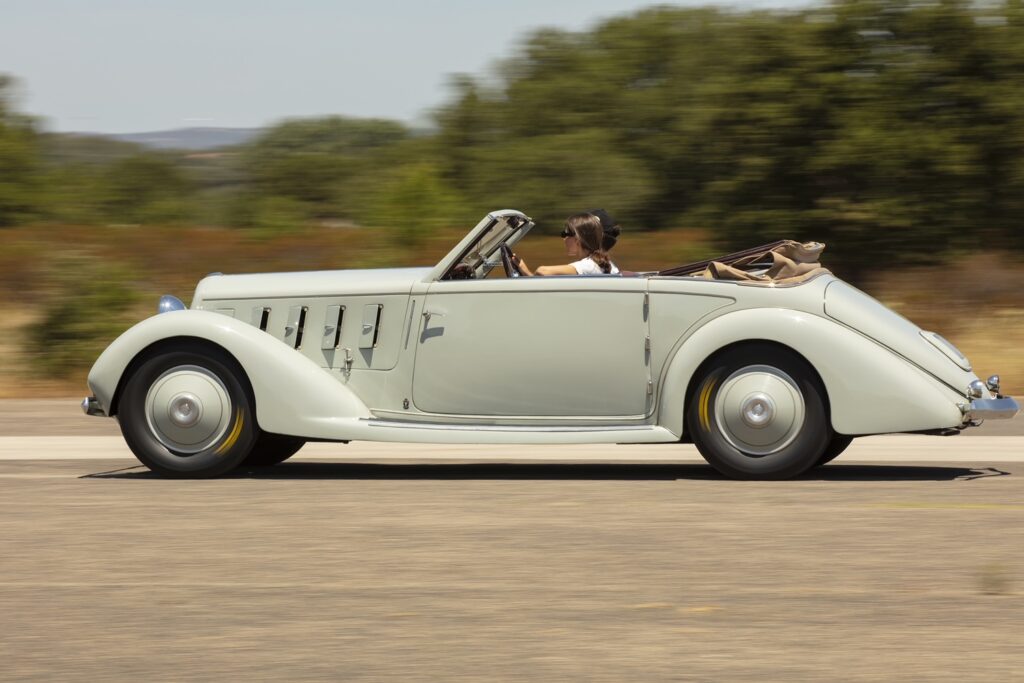 There were a dozen little beaches that animated the new Sex On The Beach class, a real cocktail of fantastic Beach Cars that brought a shower of smiles under the magical sky of the Costa Smeralda. He won the Dune Buggy Meyers Manx brought in competition by Mark Porsche.

This car, perfectly restored by Luciano Nicolis, the unforgotten founder of the Museum that bears his name, had participated in the 1948 edition of the historic 1000 Miglia and it was precisely this important detail that allowed it to also win the Spirit of 1000 Miglia Award, the prestigious award officially awarded by 1000 Miglia to the car that best represents the essence of the Red Arrow and the spirit that distinguishes the most beautiful race in the world, all presented to the jury with the passion, grace and competence of Silvia Nicolis, daughter of Luciano Nicolis … good blood does not lie!