The Principality of Monaco welcomed at Il Palato Italiano in Bolzano, Italy

On Thursday, March 28, 2019, the Principality of Monaco headed to Bolzano for the first time for a night at the headquarters of the international restaurants Il Palato Italiano, a pride of the Trentino Alto-Adige region.
Chosen by Monaco’s Tourist and Convention Authority in Italy and its Honorary Consulate for the Triveneto regions, Trentino Alto-Adige is Italy’s greenest region and a symbol of sustainable development, just like Il Palato Italiano, which represents its land by embodying the concept of “green” as applied to food and wine. 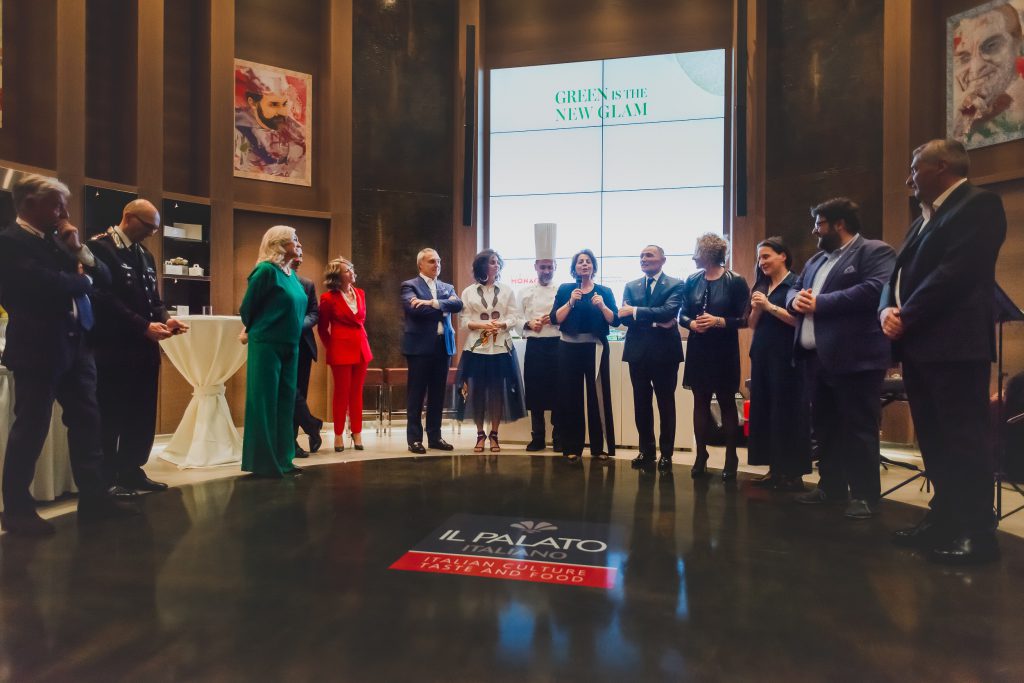 Already one of the most glamour destinations in the world, the Principality of Monaco has now turned green with its new campaign “Green is the new glam”, presented to a selected audience of businessmen, independent professionals and sport gurus from the Italian region.

Over 90 guests were welcomed by a Monaco-themed happy hour based on the chef’s take on popular barbajuan, followed by a selection of dishes for a real journey to the heart of a 100% natural cuisine. 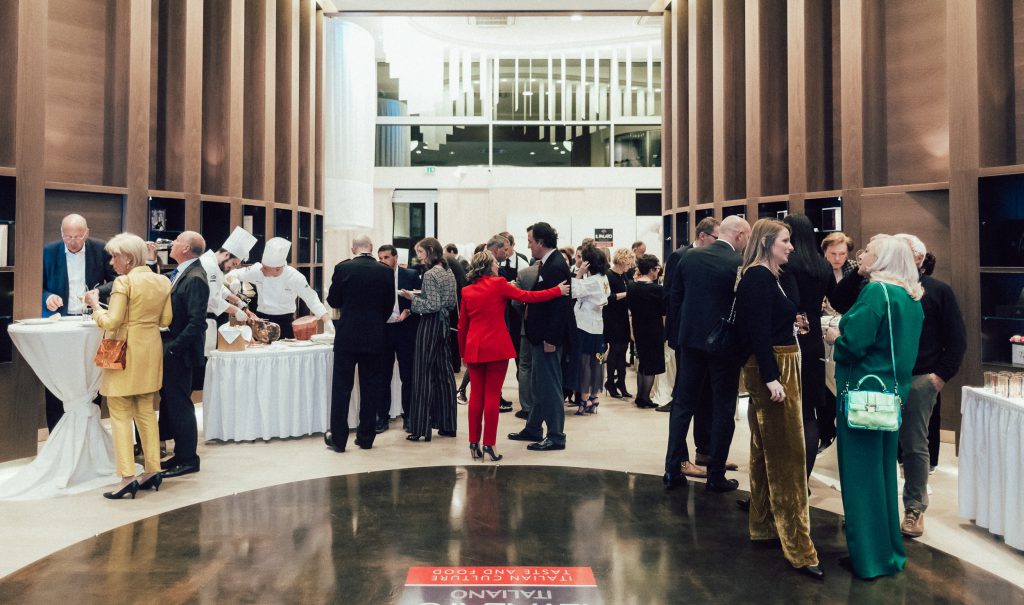 The event opened to introductory speeches by Gloria Svezia, director of Monaco’s Tourist Authority in Italy, Anna Licia Balzan, Monaco’s honorary consul for the Triveneto regions, Eric Marsan, head of marketing at the Tourist Authority, and Nadia Bonazza Bertani, general manager at Il Palato Italiano. At the end of the night, a lottery was held for a chance to win a dream holiday at the iconic Hotel Metropole in Monte-Carlo (partnering with the event), a culinary experience at Il Palato Italianoor a stay at the Ca’ Sagredo hotel in Venice, now well known all over the world thanks to Lorenzo Quinn’s artwork “Support”. 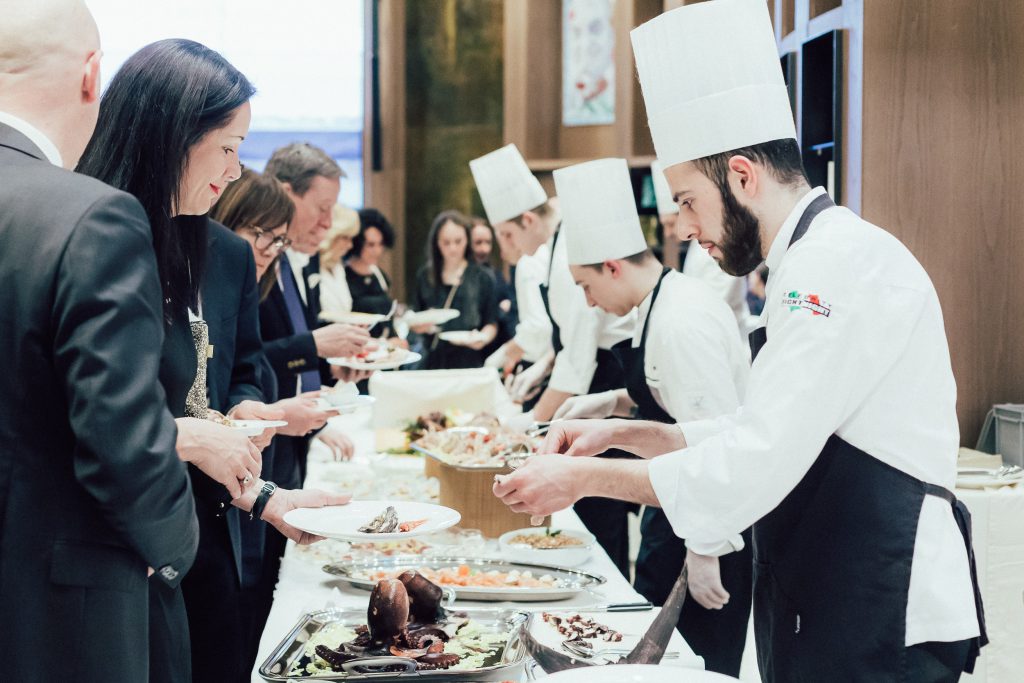 “Tonight is all about sustainability in the widest sense”, explained Anna Licia Balzan in her opening speech. Since 2006, Monaco has been home to the Prince Albert II Foundation, named after the first and only head of state to personally get involved and chair a foundation. It promotes awareness campaigns on ecology focusing on three main themes: the climate change and renewable energies, biodiversity, water and the fight against desertification.

Monaco thus aims at becoming a responsible tourist destination without losing its typical glamour and the unparalleled appeal of the events it hosts  ̶  sport competitions like the traditional Formula 1 Grand Prix or the Rolex Master Series, cultural events at the Grimaldi Forum, and social gatherings such as the classic Bal de la Rose (The Rose Ball) or Bal de la Croix Rouge (Red Cross Ball) that make the Principality a land of dreams.

The new government campaign highlights Monaco’s potential as a modern, sustainable luxury destination. The Principality is certainly an icon among luxury destinations nowadays, as it always pursues innovation through eco-sustainable choices, such as the new project of extending the city into the sea, which will result in a new ecodistrict by 2025

“When the Principality of Monaco reached out to organize this event at our restaurant,” says Nadia Bonazza, founder of Il Palato Italianowith her husband Luciano Bertani and also general manager, “it was a great pleasure and honor for us. Our family has always valued hospitality and stood out for it, as our restaurant shows. At Il Palato Italiano, we have created a new concept of food.”

They chose marvelous Trentino Alto-Adige and Bolzano as a home for their culinary hub to stay close to nature. Food and wine have always been a unique way to showcase the best of Italy, something Il Palato Italiano is excellent at. Food hunters, brigade coaches and food agencies: Il Palatois an international restaurant led by executive chef Filippo Sinisgalli, who has been touring the world for 4 years as an ambassador of the authentic Italian flavors.

“First of all”, explains Filippo Sinisgalli, “the search for the best ingredients needs to go back to be an act love for ourselves and our children… this is the founding principle of my cuisine  ̶  a cuisine promoting sensible eating as a way of respecting ourselves by putting quality (not quantity) first. It all starts from the constant research and discovery of the best, less known local producers and products.”

Thumbs-up to promoting local, seasonal products with a verified origin a value shared by both Il Palato Italiano and the Principality of Monaco, as well as a starting point for this and other future events that, as the Consul hopes, will help develop the relationship between Monaco and the Trentino Alto-Adige region, both champions of sustainability.