Charta celebrates its first thirty years at the Palazzo Pisani Revedin Cultural Center, from 16 to 18 December, 10am – 6pm, Sestiere San Marco 4013/A, Venice.

Free admission, the first 179 visitors will be able to choose a number of Chartas to enjoy at home in comfort.

Born in 1992, Charta has witnessed three decades of revolutions in the publishing world, in the taste of collectors and in the universe of auctions thanks to articles created by famous pens in the world of publishing and paper collecting. The event benefits from the patronage of the University of Padua and is part of the official celebrations for the 800th anniversary of the famous University.

There are 179 issues published so far that will be exhibited and which tell, through multiple topics, the history of books and illustrators, publishing, the most important magazines of the twentieth century, advertising graphics, bookplates and postal history. A thematic carousel full of curiosities and book history that has made the magazine itself a collectible.

There are numerous writers, journalists, antiquarian booksellers who have dedicated an article to Charta and an equally large group of enthusiasts and collectors who appreciate and support it. The five issues published in this last celebratory year are embellished with designer covers that make them a separate collection: the artists who created them and contributed to making this event special are: Adriano Attus, Alberto Casiraghy, Dario Cestaro, Luciano Ragozzino and Stefano Vitale.

Also on display are two facsimiles and related accompanying commentaries: “Way of making the Tiber river navigable” by the Accademia Nazionale dei Lincei and Corsiniana in Rome and “In corpore sano” by the Pinali Medical Library in Padua.

Directed by Samuel Sarkis Baghdassarian, the Palazzo Pisani Revedin Cultural Center is a perfect setting for the exhibition “Thirty Years of Charta” because it tells and hands down the history and tradition of ancient printing, paper and machinery still used today by expert craftsmen.

After all, in this modern, digital and virtual era, what could be more beautiful, heretical and perhaps sinful than paper? In fact, paper needs time to be leafed through, read and appreciated. In many ways, paper seems to oppose speed and modernity, the immediate volatility that modern society imposes on us every day.

In the context of “Thirty years of Charta” will also be presented the zero number of Cucina di Charta, the new quarterly that tells the roots of our cuisine through historical testimonies without losing an eye on the contemporary. The world of cooking has always been in constant search of peculiar recipes and ingredients but, if we look at the current editorial production, there was no publication dedicated to its background.

A hinterland to be explored considering that humanity has written a good part of its autobiography right in the kitchen. This is the starting point for the adventure of a magazine that intends to reveal its quality at each page opening, like the watermark of a fine paper that emerges in transparency.

In number zero, the reader’s gaze will be able to venture beyond the usual horizons to even arrive “in culo mundi” as noted in the logbook, more than six hundred years ago, by a facetious Venetian commander and discover how the sinking of his vessel has turned barrels of Malvasia in a food that today is as well known as it is appreciated.

But that’s not all, who would have said that a sculpture by Antonio Canova can also be interpreted by the palate? Cucina di Charta has no preclusions and in its dimension there are articles and in-depth columns that tell the relationship between man and food through curiosities and anecdotes from historical documents, works of art, books, but also graphic design and illustrations .

Charta, bimonthly, is published by NovaCharta, the publishing house founded and directed by Vittoria de Buzzaccarini, with offices in Venice (Giudecca) and Padua. It publishes non-fiction books and two magazines: Charta and Alumina, a quarterly that since 2003 offers articles on ancient codes, libraries, the art of miniature, accompanied by images of rare beauty.

Since 2007, NovaCharta has created Salviamo un Codice, a project dedicated to safeguarding Italy’s book heritage, and Salviamo una Biblioteca whose president is Stefano Campagnolo, director of the National Central Library of Rome. With these initiatives they were restored and returned to the libraries of origin 14 ancient illuminated manuscripts. 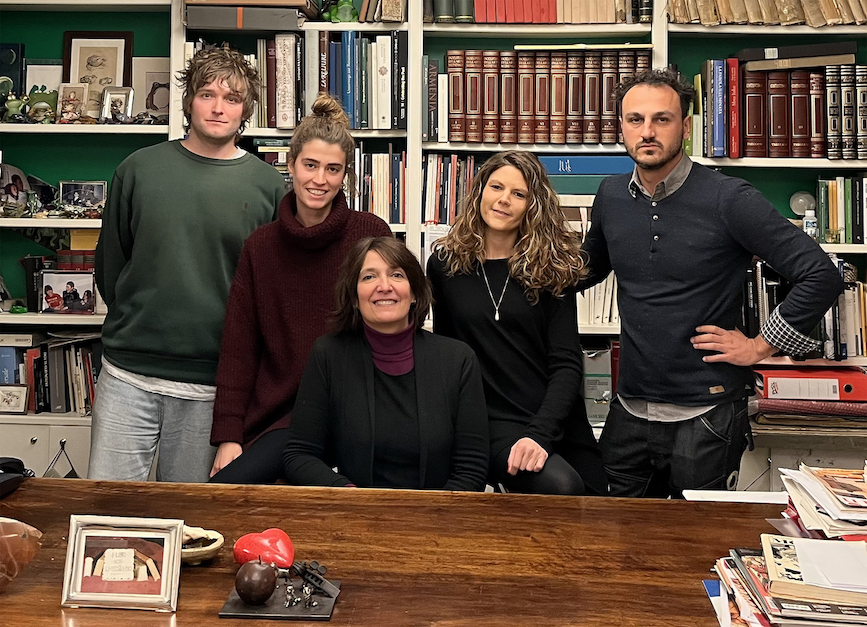 NovaCharta also deepens the love for the book heritage by promoting Le Cattedre Ambulanti: itinerant refresher courses on subjects related to the knowledge of rare books and ancient and modern prints.

For its award-winning project of Best Luxury Residential Development for Elements, situated in the famous park of colors, the residence is in the trendy center of Pathos
Read more
Art & Design