It’s three hours before showtime and members of an orchestra are seated onstage in the garden of a 1,000-year-old Benedictine monastery outside Cologne, Germany.

On cue, the neatly coiffed, black-clad musicians slowly raise their instruments, purse their lips and begin playing the opening passage of Igor Stravinsky’s The Rite of Spring. Just then, a sound technician abruptly cuts them off. The carrot flutes were too strong and he couldn’t hear the leek violin.

“One more time,” he says. “Starting with the cucumber.”

This is Vienna’s Vegetable Orchestra: a 10-piece ensemble from the city of Beethoven, Brahms and Mozart that plays music with instruments made entirely from fresh produce. Over the past 21 years, the group has played nearly 300 shows at packed venues around the globe and performed everything from classical with cabbage to techno with turnips in a rich, rhythmic ratatouille. 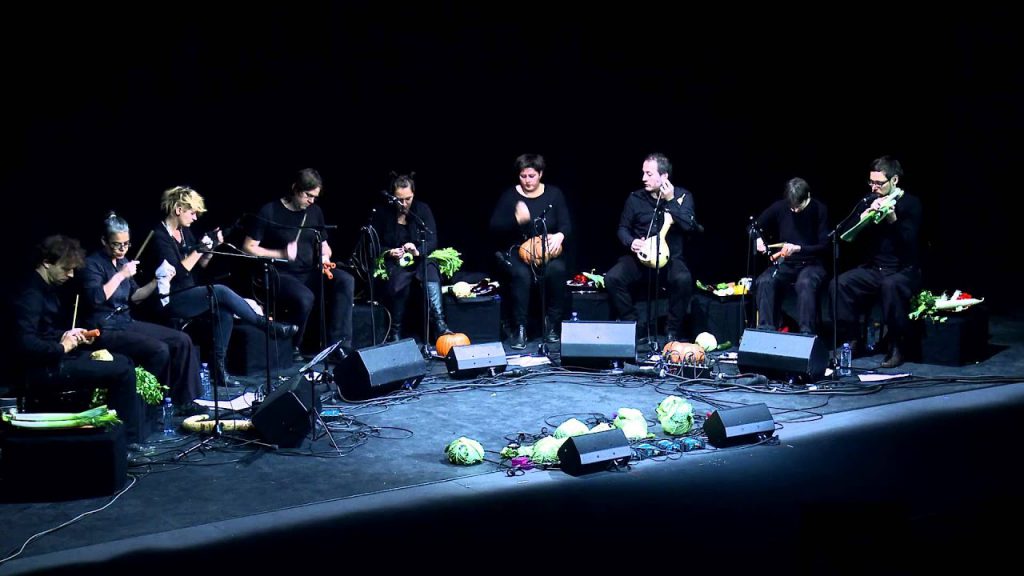 The orchestra recently released its fourth album after a successful ‘Krautfunding’ (‘herb-funding’) campaign and is showing the world that, actually, you can play with your food.

who plays the carrot marimba, radish bass flute and a dozen other edible instruments in the group. No two pieces of produce are the same. It’s a challenge

Unlike traditional instruments, which can last for hundreds of years, vegetable instruments quickly go bad, so the orchestra has to create new ones each time it plays. The morning of every show, this group of artists, novelists, architects and designers goes to local markets with a detailed shopping list and carefully combs through the crates.

After pounding on the pumpkins, pawing through the parsley and peeling back the onion skins to select just the right produce, the musicians carve, slice and drill their fresh finds into performance-ready instruments. Once the veggies are peeled and cut they may only last about six hours, and whatever the musicians don’t use gets boiled down into a soup that’s served to the audience after the show. 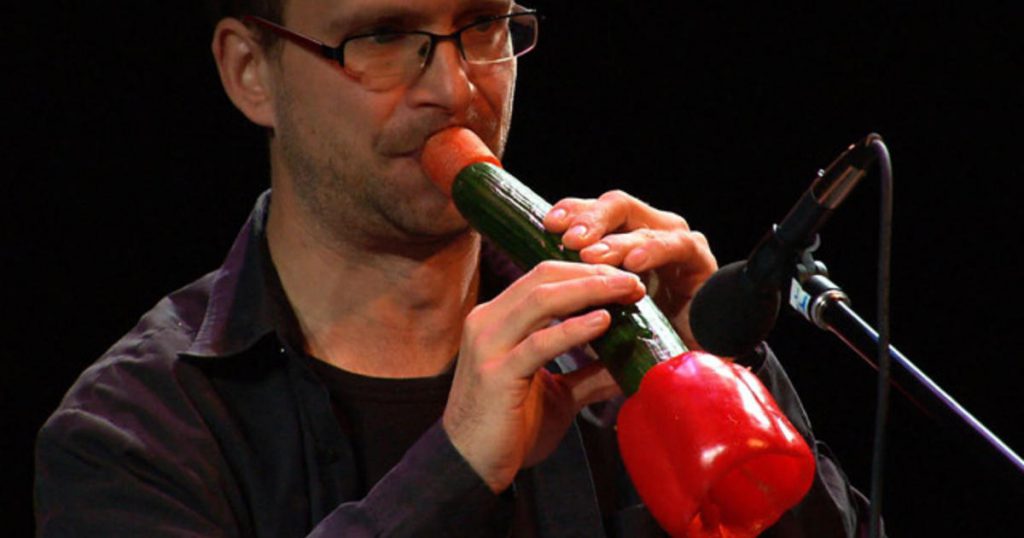 Each musician makes between eight and 25 instruments per show, and as the performers gradually tested and twisted their produce into tune, a cacophony of trilled scales, percussive thuds and surprisingly resonant notes sang through the sanctuary.

It all started as a joke

said founding member Matthias Meinharter, scanning a room full of veggie guts and breathing in what smelled like a compost bin. As he remembers it, he and three of the orchestra’s other members had signed up for a performance-art festival at their university in Vienna.

We were brainstorming what we could do, and we thought: ‘What is the most difficult thing to play music on?’