Objects concealing stories seem to be bound to become icons. Unless it is just a matter of coincidence? There have surely been several emblematic cases, and one of these is Louis Vuitton’s Capucines bag. Debuted in 2013, it was named after rue des Capucines, the street in Paris where the label opened its first boutique in 1854.

A classic, contemporary handbag that would soon become a best-seller. 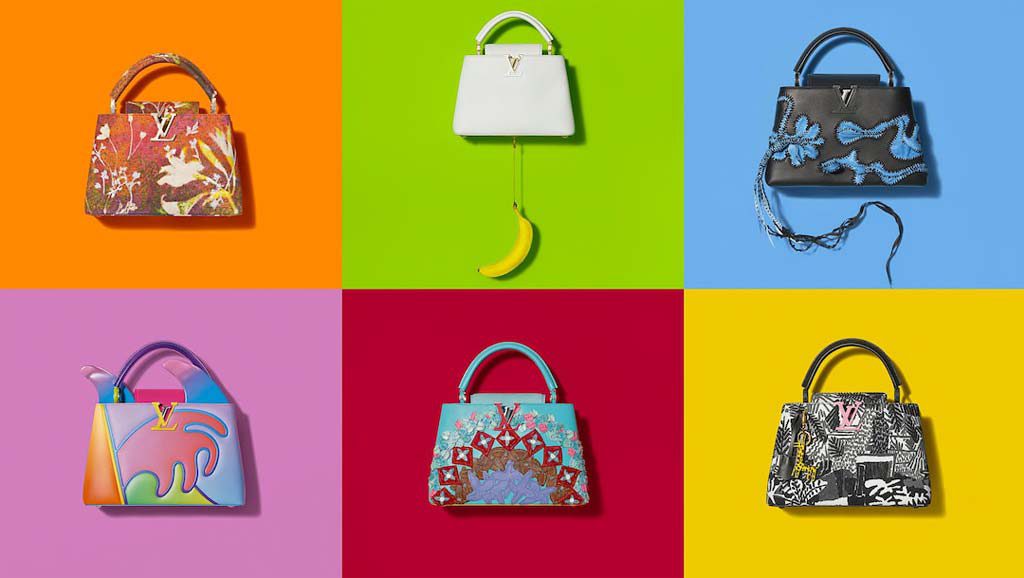 Cornerstone of the LVMH label’s collections, the Capucines stands out for its unmistakable, timeless style. Just like other iconic bags, it elevates the concept of mere accessory to object of desire, to be carried with graceful elegance – that is how celebrities wear it, like minimal – chic enthusiast Angelina Jolie.

The Capucines bag has now opened to the creative genius and talent of six international artists, recruited by the brand to turn the cult bag and its silhouette into a white canvas where to express their artistic verve.

The Arty Capucines by Alex Israel is inspired by the artist’s famed “Californian wave”, and comes in extremely precise dyes and seams. Jonas Wood’s bag sports a pattern based on a digital print of his paintings, as well as an embroidery counting more than 200,000 stitches. Urs Fischer’s take on the cult bag features detachable fruits and vegetables, while Nicholas Hlobo’s version presents twisted illustrations in hand-sewn and knotted leather. Tschabalala Self’s art has resulted in an embroidered leather patchwork, and the complex mother-of-pearl work is a creation by Sam Falls. 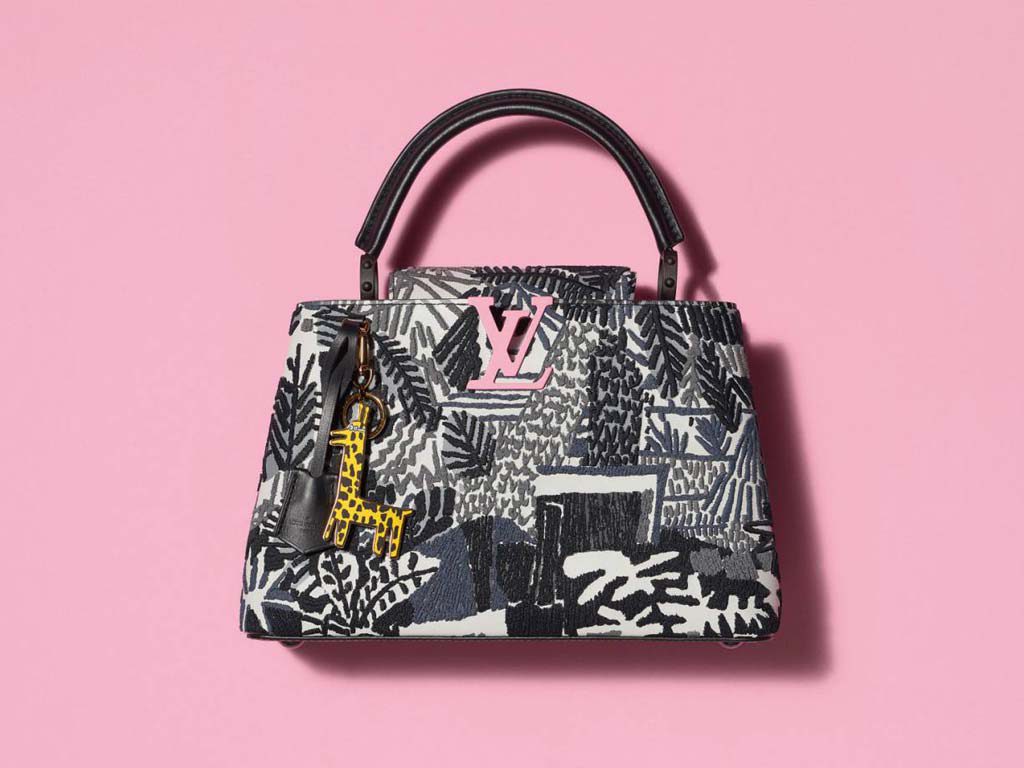 This latest collection and its artsy twist are another step in the series of partnerships between Louis Vuitton and international artists as prestigious as Jeff Koons, Stephen Sprouse, Takashi Murakami, Richard Prince and Yayoi Kusama.

Limited to 300 pieces each, all models featured in the Arty Capucines collection will be available for purchase in Louis Vuitton’s stores starting from next June 25th.