After last year’s success, from June 27th until July 3rd, the Torino Fashion Week is back. With five days dedicated to worldwide stylists and two days dedicated to the Turineses or international people resident in Turin, the 2017 edition demonstrates to be even more international compared to last year’s one, which hosted companies and fashion designers of over 15 countries, excluding all the local ones and those of the Piedmont area.
Protagonists, as in 2016, are the emerging fashion designers, which are testimonial of a new business culture, of innovation and of creativity focused on globalization, but not on homogenization. As it previously occurred, the TMODA Association, with the sponsorship of the City of Turin, organizes the event. The institutional partners are Unioncamere Piemonte, Enterprise Europe Network (European network supporting the SME’s financed together with the European Commission), CNA, Slow Fashion, the Chamber of Commerce and Italian Industry for the UK, Turismo Torino and Associazione Piemontese Agenti e Rappresentanti di Commercio– USARCI. 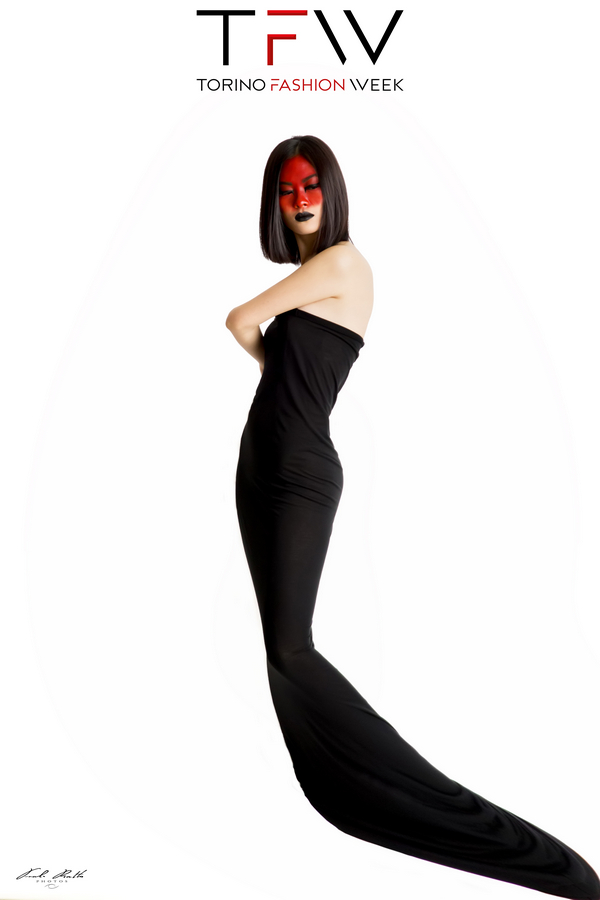 Another distinction of the 2017 edition is the dedication to the Modest Fashion, which is the Islamic fashion, having 31 fashion designers that for the first time have an accord to collaborate with an Italian Fashion Week. The foreign presence was made possible thanks to the partnership with Unioncamere Piemonte, as an Enterprise Europe Network partner, that supports the small and medium size enterprises, offering services turned to the internationalization.

Among the guests participating at this edition, there is the prestigious Islamic Fashion and Design Council that walk the catwalk during 3 days (01-02-03 of July) with the participation of Alia Khan, Islamic Fashion and Design Council president. With offices in ten different countries in the world, the IFDC is the leader of the Fashion Council and of the Modest design, that represents the Islamic economy, and that is placed as main character in the global market.
On July 3rd, at the end of the catwalk, a special board of judges made up of Yamna Aghrib, Brand Ambassador LVMH, and Djamila Kerdoun, founder of the Sommet International de la Mode (SIM), will reward the best four designers IFDC with the prestigious Luxury Awards. The first classified will have the opportunity to walk the catwalk at the SIM of Paris, and he/she will be invited by the most important fashion luxury brand, to present its own creations.

Claudio Azzolini, President of the TMODA Association, also composed by lawyer Luciano Zagarrigo and by Luigi Silvestro, artistic director of the event, affirms that: “Torino Fashion Week is a great opportunity that we offer to the designers, in order to make them show to the world their talent. To us, the emerging is source of inspiration and it is the confirm that fashion is based on research and on experimentation. I am particularly satisfied with the IFDC partnership, since it is combining the skills that the best results can be reached”.

The attention committed by the Torino Fashion Week towards the Middle East is witnessed by the double appointment that will be held at the Circolo del Design (Design Association), which will take place from June 20th until July 3rd. It hosts an exhibition dedicated to the Modest Fashion with an exposition of branded clothes from the Islamic designers that will be walking the catwalks in the city of Turin.
The “State of the Global Islamic Economy Report” highlights that the Islamic fashion is continuously expanding; in the year of 2014, it had a 300 billion dollars revenue, and in 2019 the business number will reach 484 billion dollars. The fashion industry has, therefore, a key role in the territory’s economy, and this explains why the most prestigious Italian designers signs outfits for the Modest Fashion, in the same way as the international sport brands design clothes for the Modest Sportswear, everything very well studied to fit the Islamic world’s rules.

To be aware of all the events and timetables of the catwalks: www.tfwoffcial.com

The second appointment dedicated to the Middle East fashion, will be taking place on June 28th, on the “Design Wednesday”. The meeting’s purpose is to underline the various aspects that compete to safeguard the consumer’s health and the industry of the made in Italy and of the Modest Fashion that, for the first time, is collaborating with an Italian Fashion Week. 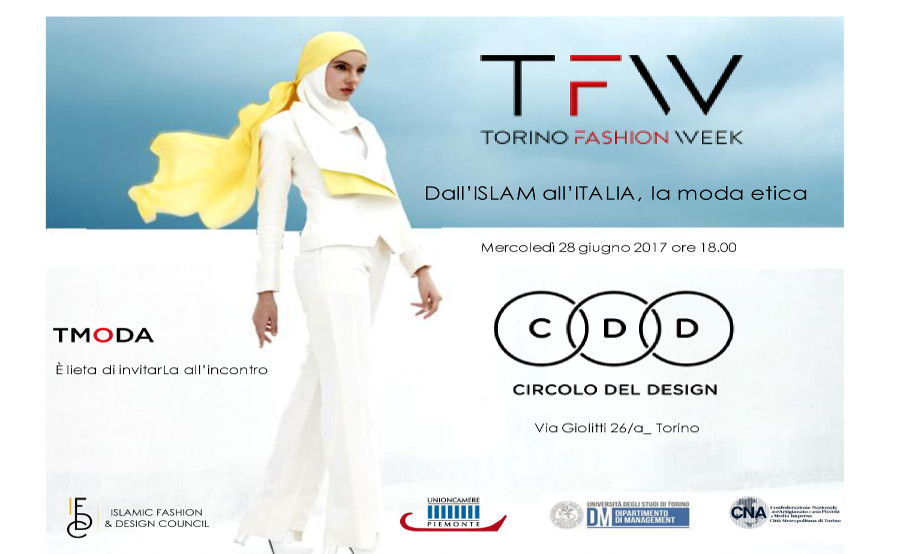 From Islam to Italy, the ethic fashion

Alessio Stefanoni: Consumption and Rights: The made in Italy and the ethic fashion
Head of CNA Federmoda

Torino Moda is a non-profit association born to the will of Claudio Azzolini, Luigi Silvestro and Luciano Zagarrigo with the aim of representing the highest values of Italian fashion; it is a platform that accelerates the business, proposing a physical space that goes beyond the usual ateliers and establishes international relationships with the sector. Its intent is to safeguard, coordinate, diffuse and upgrade the image and the style both in Italy and abroad and re-propose the world of Fashion in the City of Torino and in Piedmont developing and promoting the commerce also thanks to the emerging fashion designers. The goal is to respond in a concrete manner to the process of development and re-affirmation of the fashion sector in the Piedmontese region capital passing through local and international fashion designers. Thanks to TMODA, Torino is back being an observatory of local, national and global fashion.