Miami meets Miss Universe with the sexiest swimwear ever

Miami is a city that’s always full of beautiful, exotic, sexy women from around the world.

But mid-May, 2021, it became the pinnacle of pretty young things as the 69th Annual Miss Universe Pageant was held at the Seminole Hard Rock Hotel & Casino, a part of Hard Rock International which has venues in 69 countries in 240 locations. 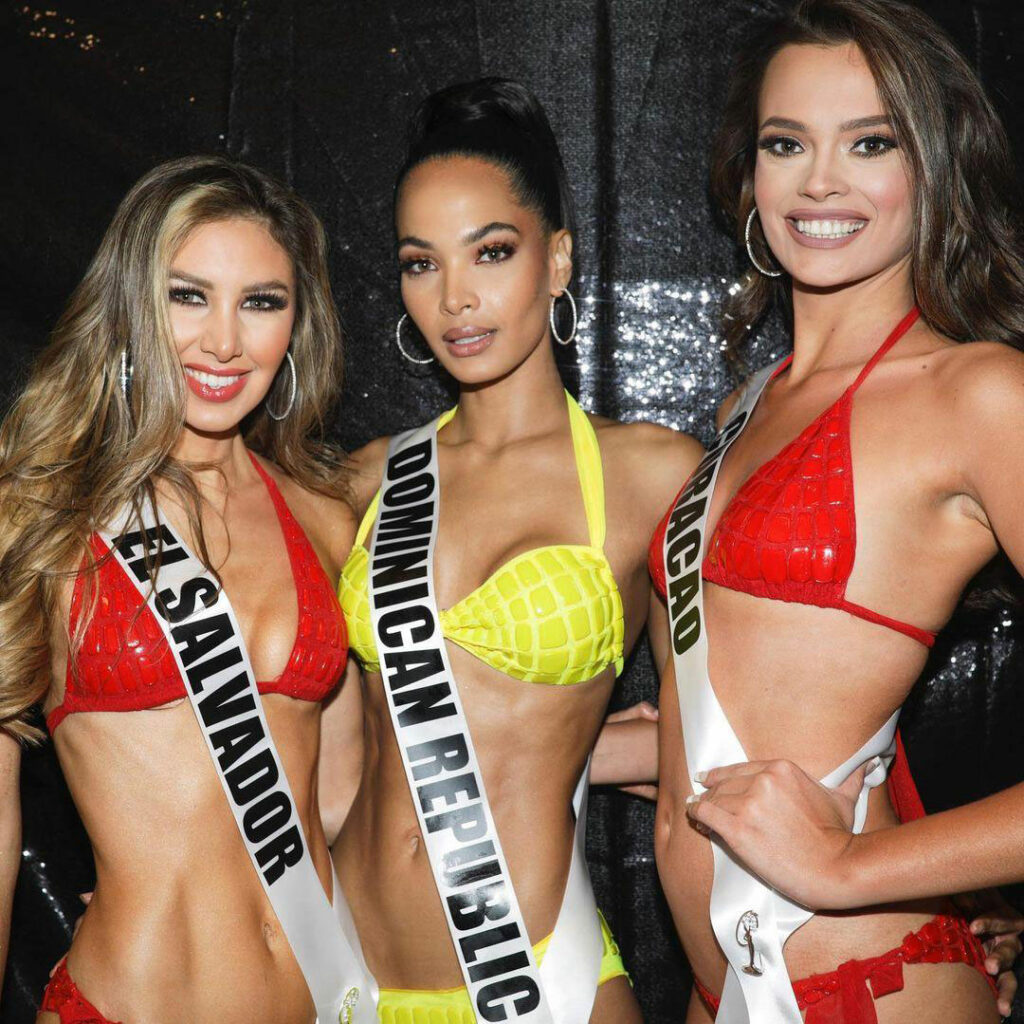 A total of 74 amazing women from 74 countries competed in multiple categories for the title of Miss Universe that was a global telecast airing in over 190 countries.

Adding to the ultimate sexiness of the Swimwear Competition, locally based Miami designer, Ema Koja was selected to premier her brand new Ema Savahl Swimwear Collection.  For the occasion, Ema created a multitude of brightly colored bikinis accompanied with full length duster coats in complementary colors for the global beauties to wear for the competition. 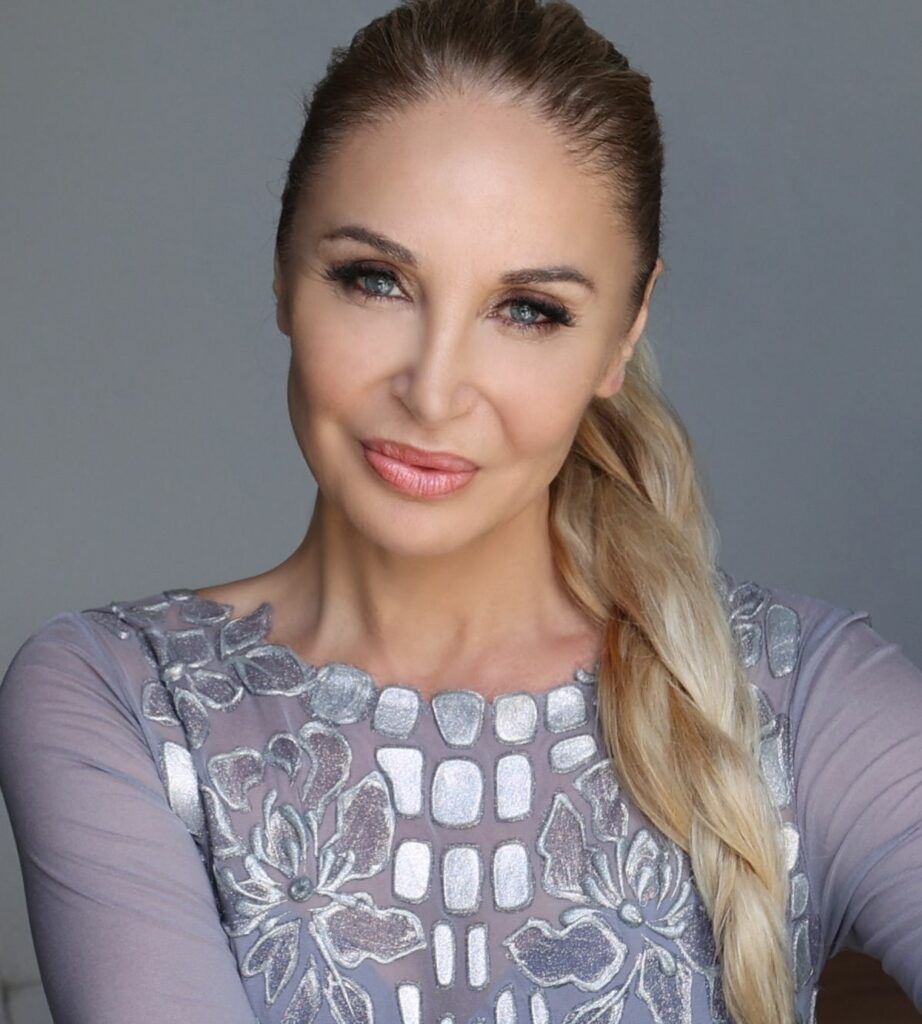 Three dimensional original artworks were hand-painted onto the swimsuits mesh background material resulting in a wow-factor design for each contestant. The duster coats swirled in the air as the competitors twirled around the stage for the judges making quite a spectacular visual affect.

The inspiring show was co-hosted by Access Hollywood’s Mario Lopez and former Miss Universe 2012, Olivia Culpo and featured a special performance by Luis Fonsi. During the National Costume Competition, many contestants used the stage to relay powerful messages mixing pageantry with political statements. 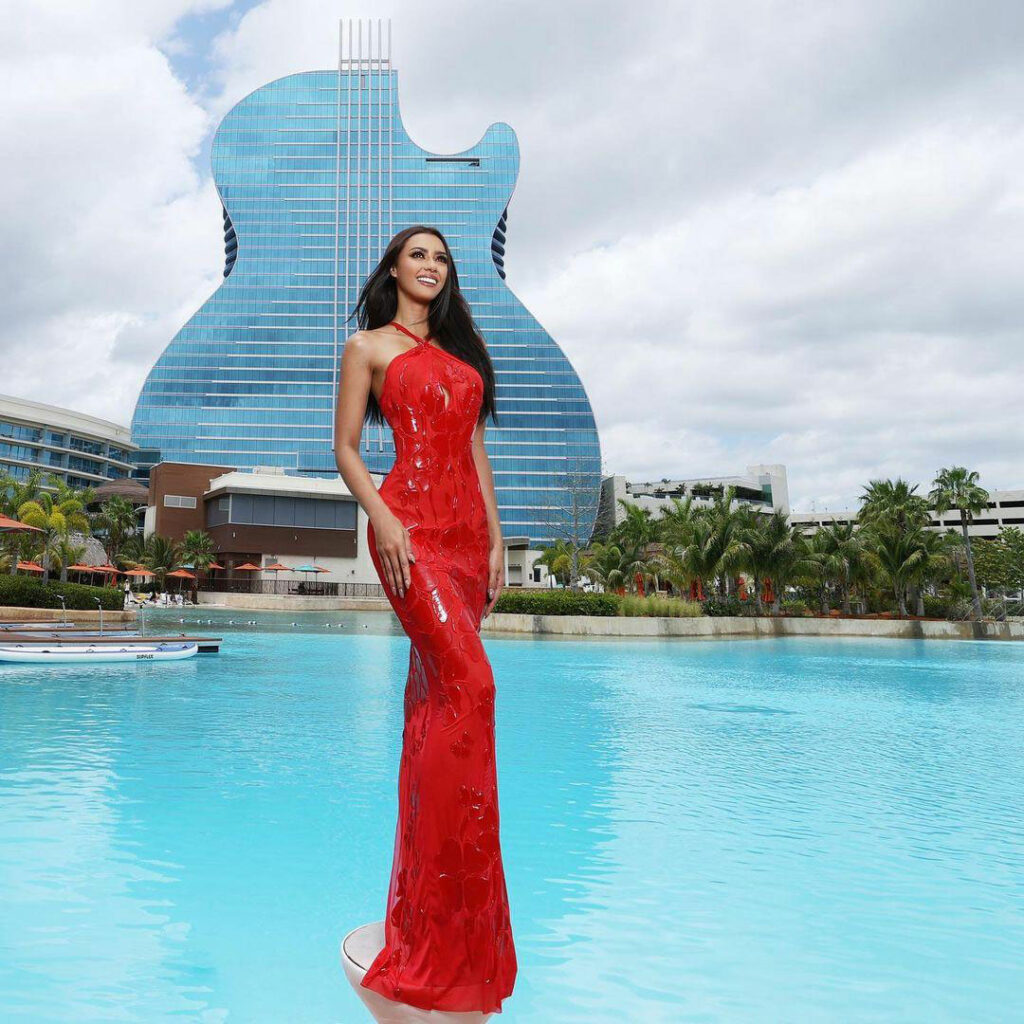 Miss Myanmar won this segment with her “Pray for Myanmar” statement dress while Miss Singapore wore a gown that said “Stop Asian Hate” on it when she turned around.

And Miss Uruguay wore a rainbow fanned skirt alluding to the indignities faced by the LGBTQ communities with phrases “No More Hate, Violence, Rejection, Discrimination”.

The Miss Universe Organization is a global community that empowers women to realize their goals through experiences that build self-confidence and create opportunities for success.

The “Power of Unity Crown” is a magnificent design that is bestowed upon the winner. It consists of 18-karat gold that is handset with more than 1,725 white diamonds and 3 golden canary diamonds in motifs of petals, leaves and vines representing communities across the seven continents with bonds that unite to empower one another. 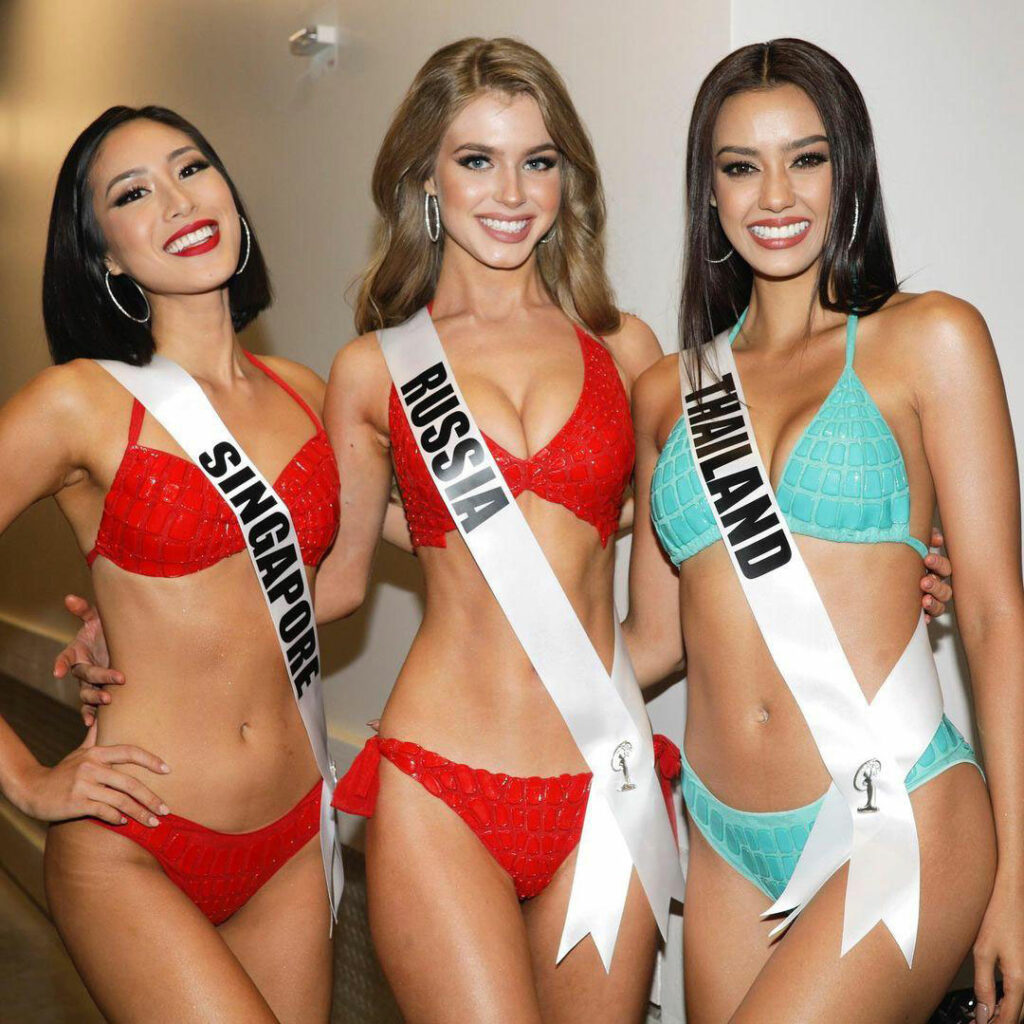 Taking home the ultimate crown this year was winner, Miss Mexico, Andrea Meza, who impressed all the judges with her combination of beauty and brains. The 26 year-old is from Chihuahua City in Mexico.

International designer, Ema Koja has the same core values both personally and professionally as the pageant.  Through her original designs, Ema sets out to empower the beauty of all women both inside and out. Her own experiences growing up in a Communist country strengthened her desire for independence and success.

She became a professional volleyball player then fit model, and finally an international designer landing herself in Miami after a year of traveling around the world for inspiration.

After 25 years doing a globally successful Ema Savahl Couture line of dresses and gowns, dressing many celebrities along the way like Katy Perry and Jennifer Lopez, a spinoff line for swim & resortwear was born during the pandemic.  This new line is exclusively available through the Ema Savahl e-commerce online shop worldwide making it accessible to women everywhere and for women of all ages. Ema believes the sexiest women are those that are confident, sporty and healthy mentally and physically. 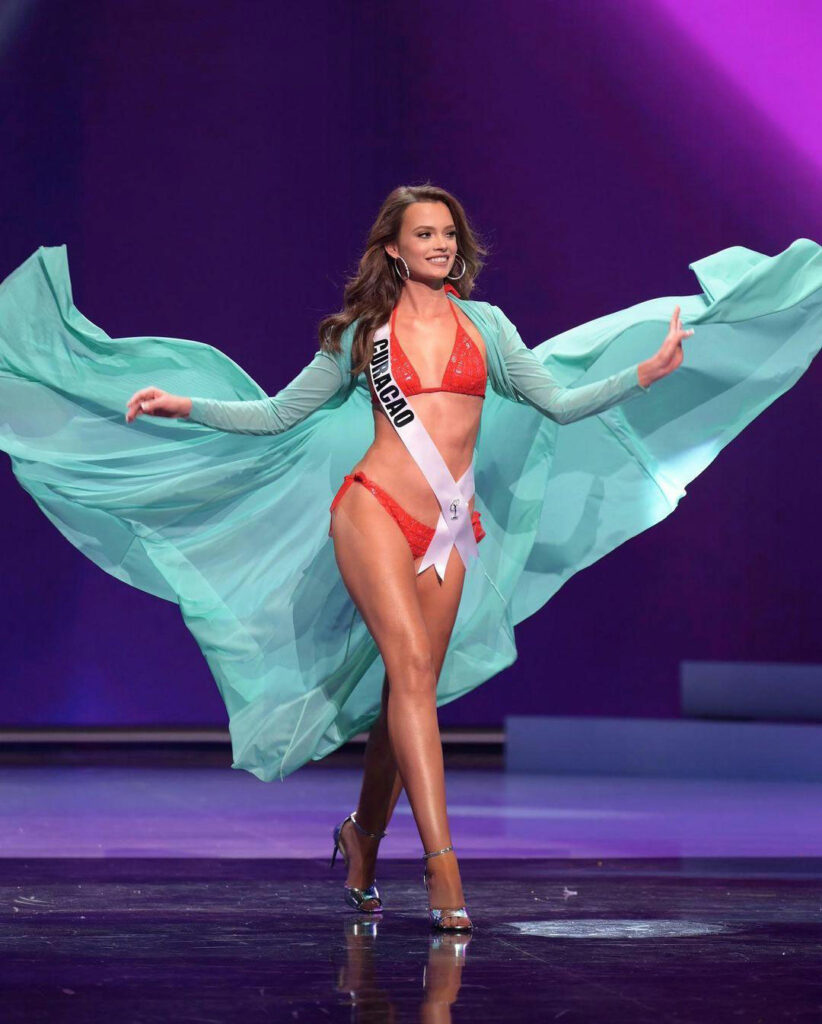 Ema Savahl Swimwear continues the tradition of creating hand-crafted texturized artworks using special techniques and applying them to sensual and sporty silhouettes.  All designs are made in the Ema Savahl Miami factory that is operated by an all-women team of workers including seamstresses, pattern-makers, and painters.

The mastermind and uber creative designer/principal, Ema Koja is a single mother running the entire operation.  Her son Kade, himself a former U.S. National Beach Volleyball Champion following in the family footsteps, was thrilled to assist his mom during the 69th Annual Miss Universe Pageant.

In 1996, Designer Ema Koja, created the concept and technology of strategically, hand painting artwork onto garments to produce three-dimensional textures and manipulate body shapes with optical illusion. A unique identity in fashion was born. 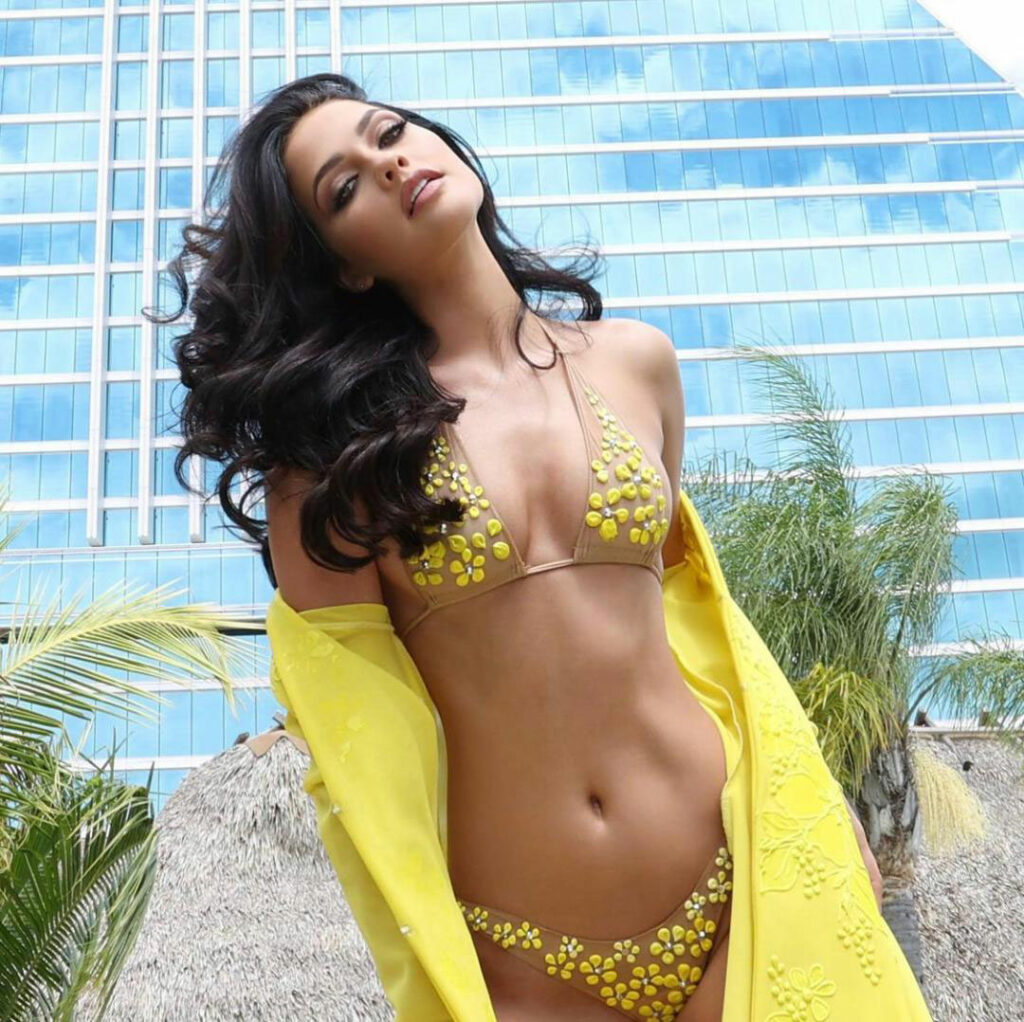 The artwork itself is conceived by Koja, who then applies it to the silhouettes that she also designs. All garments are proudly made in the U.S.A, pack easily, travel well and are hand washable.

Ema considers every woman to be an individual work of art, who deserves to be framed in an equally original work of art.

The 69th Annual Miss Universe Pageant certainly gave Ema the perfect opportunity to showcase her talents on the 74 global contestants.  All week long, the pageant participants loved trying on and modeling both Ema Savahl Swimwear and Couture dresses while posing in front of the iconic Hard Rock Guitar Hotel.  All 74 women fell in love with Ema Savahl Swimwear & Couture Collections and women of the world are sure to follow suit.