Michael Kors Teams Up With Studio 54 On A Capsule Collection

Once upon a time, there was a night club that livened up the New York nightlife. Excesses, freedom and a limitless hedonism, the getaway of a revolutionary generation, witness of the events that marked history in the late ‘70s. It was 1977 when Studio 54 opened. Sex, drug and disco music were ordinary life, and fed young men and women craving for transgression. 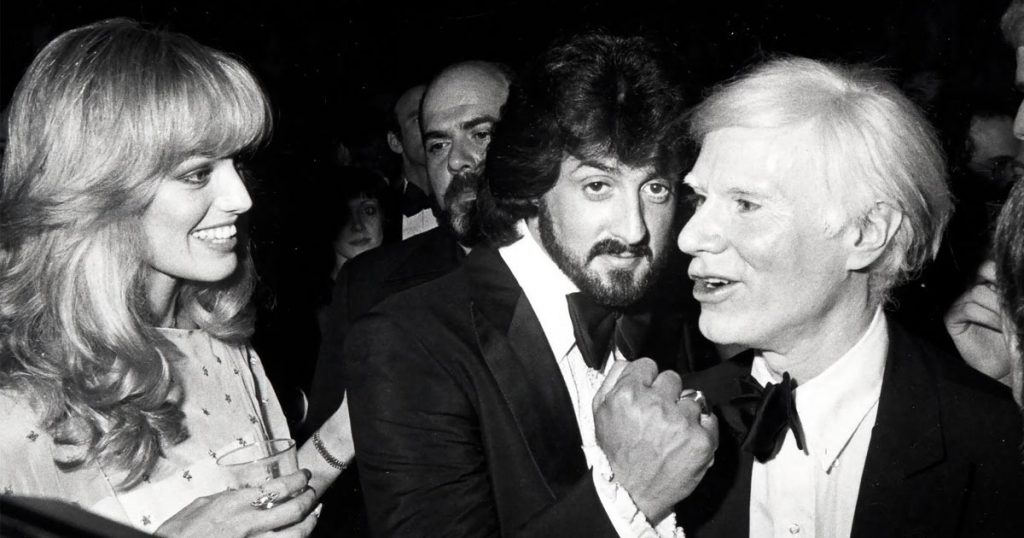 A boundlessly glamorous stage, the epitome of unrestrained egocentricity, this glam bacchanal was the symbol of the Big Apple’s Golden Age, and has now inspired Michael Kors to pay tribute by taking all of us back to the night club’s extravagant splendor.

Always tied to NYC, the designer has collaborated with Studio 54, now returned to its theatrical roots, on a capsule collection with a ‘70s allure.

The best thing about Studio 54 was that there were no fashion rules, dress code – people wore whatever they wanted, and it was almost always something glamorous and over-the-top. I think that attitude has always been a part of my design ethos 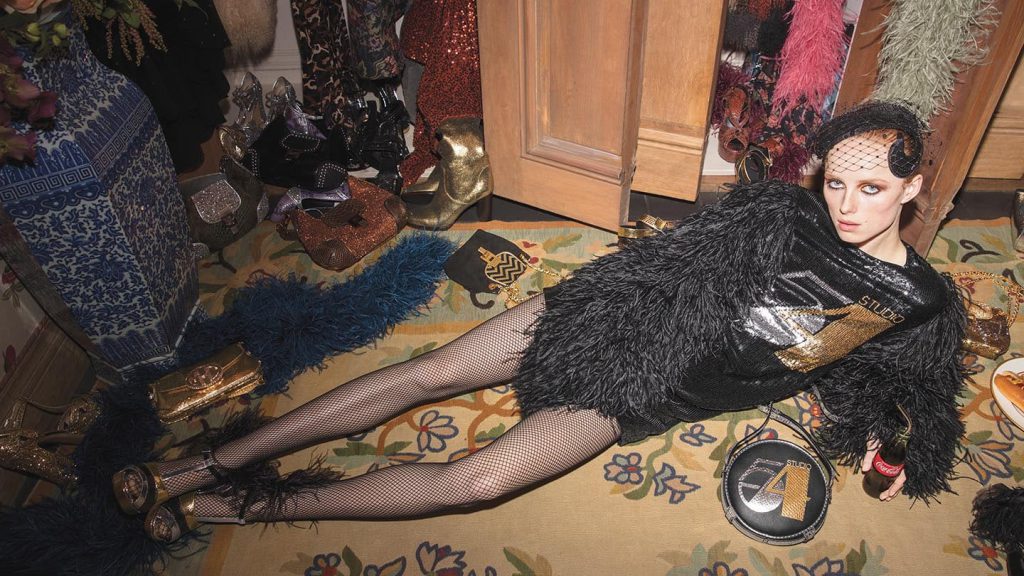 Black and gold, sequins, furs and feathers, and maxi logos take shape in this nostalgic collection, inspired by Studio 54’s sparkling nights and guest stars, like Barbra Streisand in a fur, Bianca Jagger in a black dress, Cher in an odalisk look with white feathers, John Travolta in a studded leather jacket, David Bowie in a paisley-printed shirt, and Elton John in sparkling glasses. 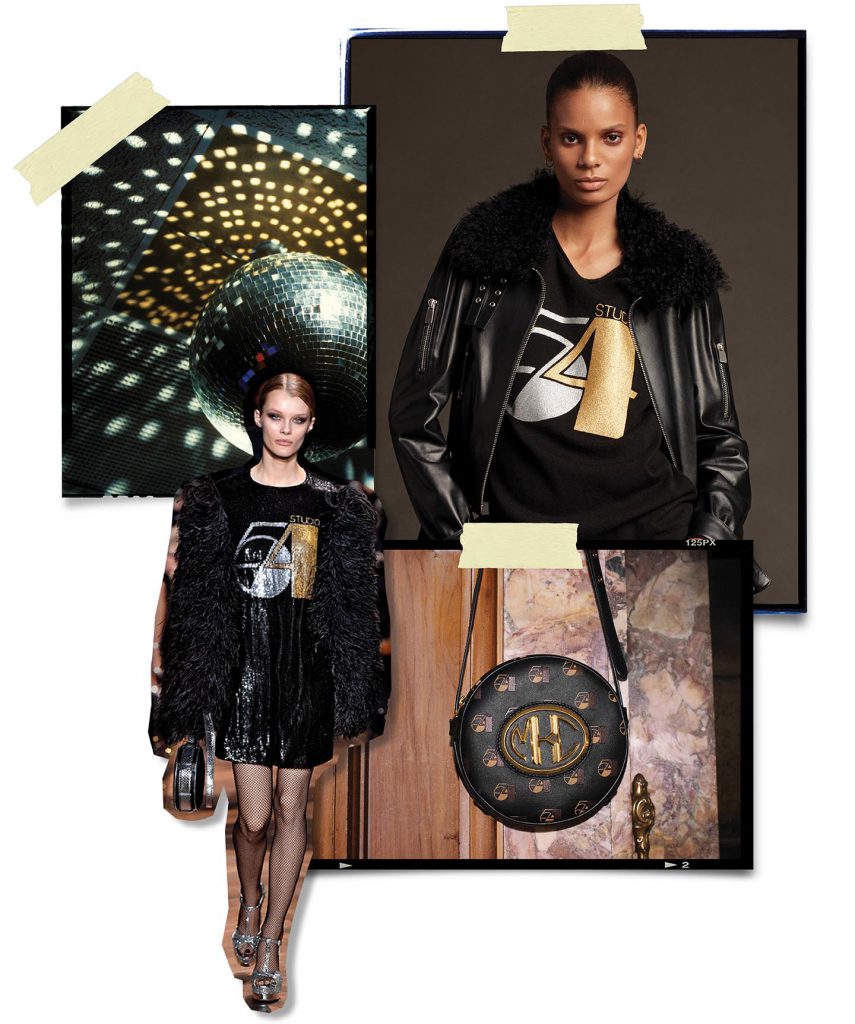 Michael Kors and Studio 54 bring young generations back to the past of a New York social life now gone lost, infused with a strongly edgy style. 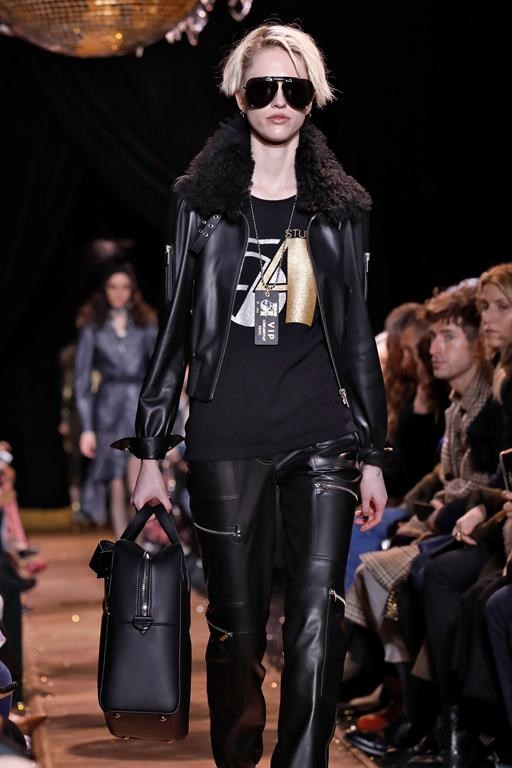 A style that has faded in time and that many brands are striving for today.