For Miuccia Prada it is the last collection designed in ‘solitaire’, before the arrival of Raf Simons who, starting from September, will design the new collections in tandem with the designer.

Prada evolves and changes every season

This season, while I was shooting and filming, the collection seemed honest to me, stripped of fashion ideas, which in turn turns that idea back into fashion. It also seemed introspective and slightly schizophrenic to us. A look at the past with an eye turned to the future. I hope the audience perceives the film as a pure and honest presentation of the collection

Attention is drawn to clothing – simple clothes with use and value, longevity and a place in people’s lives. When times get more complex, clothes become simple. How to wear clothes, where and why. Often their meanings are composed and manifold: the garments, speaking simultaneously of sportswear and formalities, classicism and futurism, are paradoxes, placed in different worlds, just as their debut here is not only represented by Prada’s eye, but by a panoply of creatives. 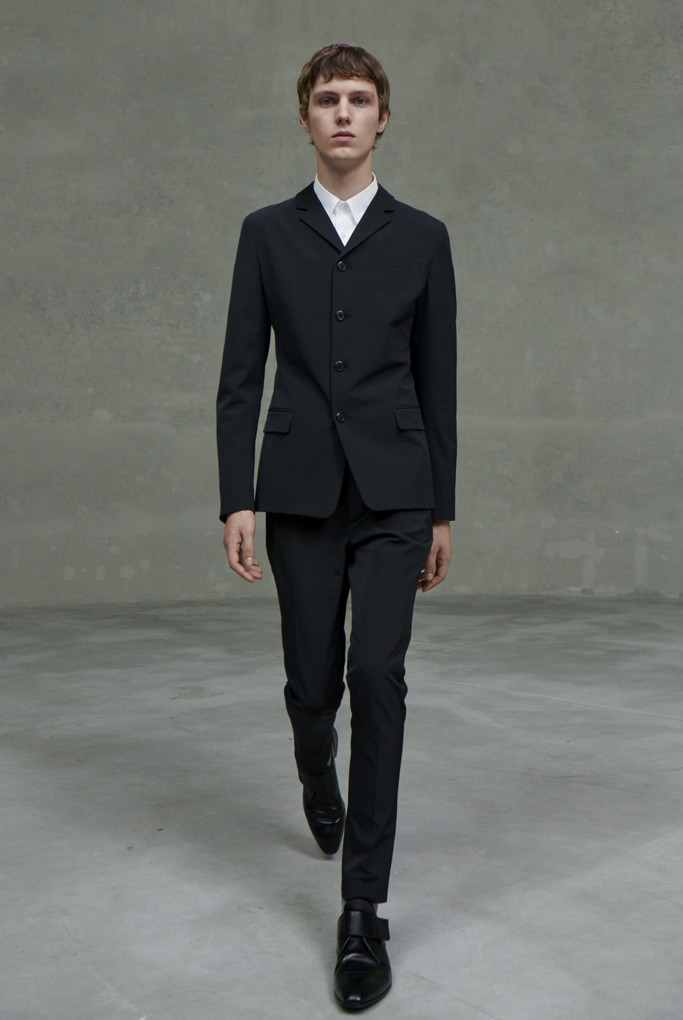 Following this logic, lingerie is also simplified and streamlined to the essential in a context of vulnerability, fragility and humanity. Evocative garments of this clothing in both men’s and women’s wardrobes – soft knitwear, fragile colors, light fabrics – are worn as everyday clothes. 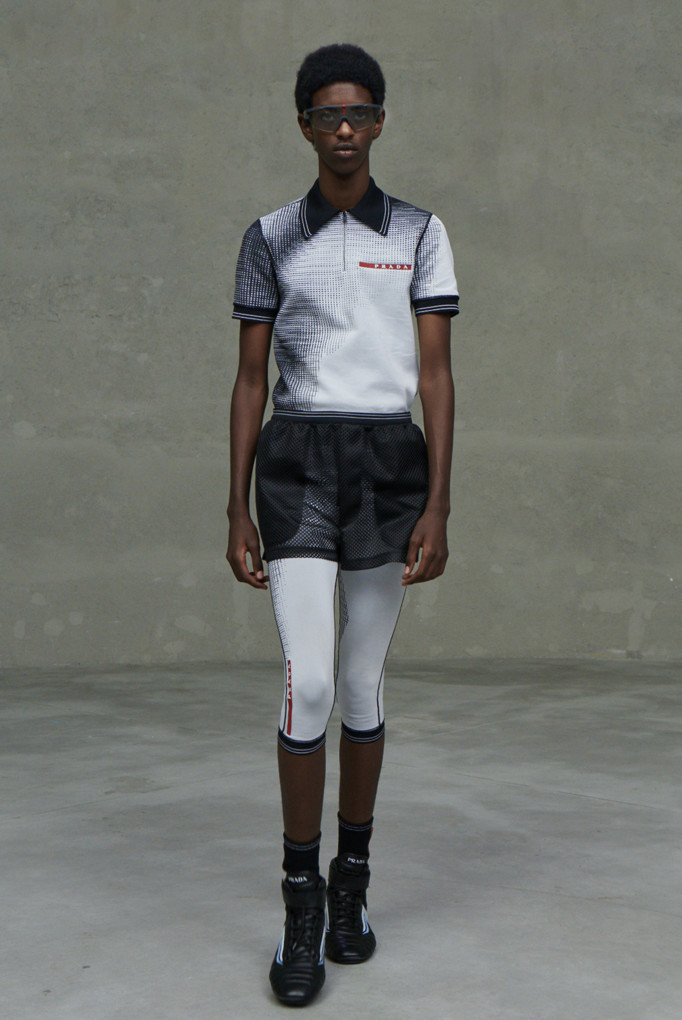 Contradiction is celebrated: through rigorous joy it is possible to find strength in apparent fragility. A sense of lightness not only physical but also emotion – the dynamism of sportswear is translated through a feeling of pleasure, energy, fun. A reason to make fashion.

In my eyes, men and women were beautiful, elegant and modern. I liked to interpret Miuccia’s vision and try to give it a sense that was as honest and direct as possible