Following the example of the design world, with the Ventura Project, the fashion industry decided to contribute to the renovation of the Magazzini Raccordati, disused warehouses in via Ferrante Aporti, covering a 40,000-square-meter area that runs under the tracks of the Central Station of Milan. 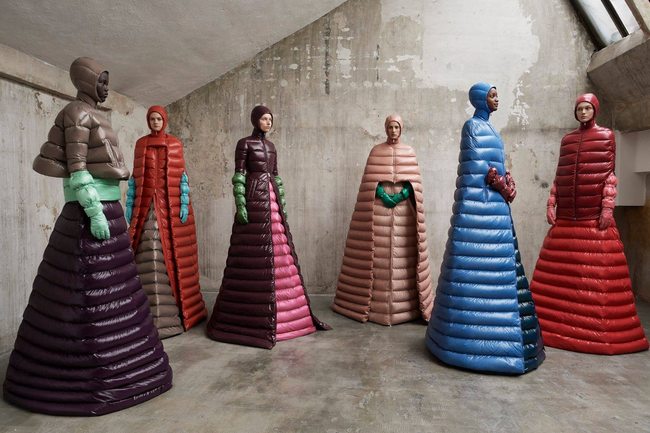 Moncler Genius has chosen it as the venue for its fashion show during the Milan Women’s Fashion Week and, on February 24, the Magazzini will finally open its doors to the public.

We have decided to follow a very important contemporary trend, collaboration: that’s why, on February 24, everyone will be able to participate in an experience that, until now, was only open to an audience of professionals. It is a new way of interpreting luxury, which must be inclusive, rather than exclusive, so that the general public can also share in this creative experience

This, said the CEO of Grandi Stazioni Retail, Alberto Baldan, is a very high-traffic area that welcomes over 350,000 people every day. Initially, it was meant to accommodate commercial spaces, but the FS group then decided to go a different route, dedicating it to productive activities such as offices, showrooms, or initiatives such Moncler Genius’s.

The first part of the renovation project will be completed in March, with the reopening, after decades, of the area facing Piazza Luigi di Savoia. Then, by the end of the year, renovation will start towards Piazza 4 Novembre, while the Central Market will open next fall.

In the last survey conducted by the FAI, the National Trust for Italy, this area was voted among the most symbolic places in Milan.

I do not underestimate the importance of security, but it should not be based on militarization. The secret is giving life to disused spaces, as we did by creating a green area for children in Piazza Duca d’Aosta. It’s difficult, but that’s what really works in the long run

said the mayor of Milan, Giuseppe Sala, during the presentation of the initiative at Palazzo Marino.

This is a commercial renaissance project, because it brings areas like these back to life

added the mayor, who also emphasized the consistency of the initiative with the trend of ​​facilitating public-private collaboration as much as possible