White, red and beige interlocking TB initials honoring the house’s founder, which were unveiled on Instagram last summer: this is how Burberry debuted its new monogram print, alongside a new logo designed by recently appointed creative officer Riccardo Tisci.

“New era” and “the beginning” were the hashtags going along with the new graphics designed by Peter Saville, showing the fashion house’s innovative trend, fully in line with its heritage and precious archives. 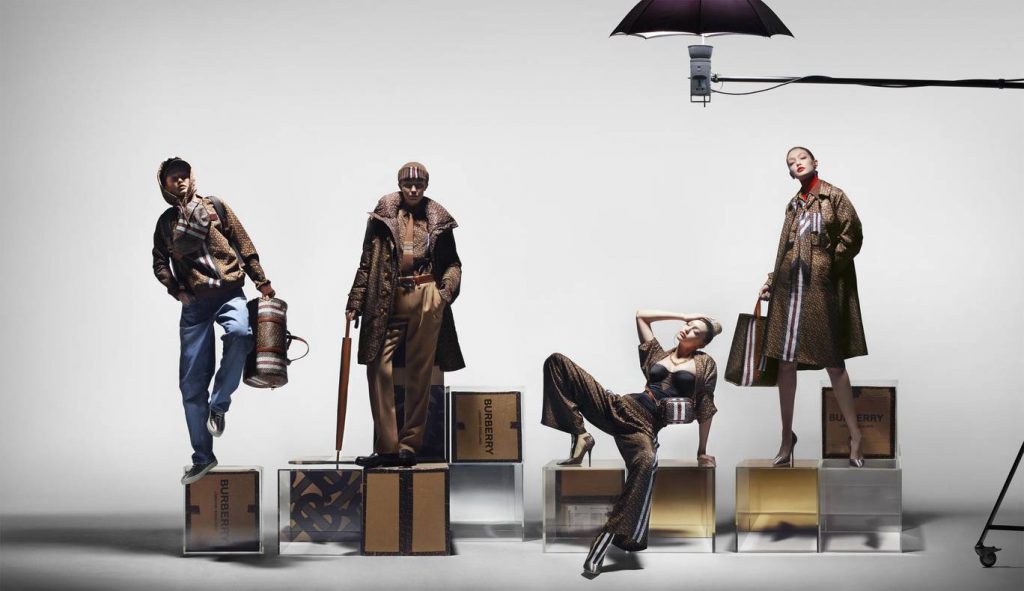 Despite this sensational appearance on social media, the TB pattern had actually only been featured so far on a selection of accessories and some Pre-Fall 2019 items, such as silk scarves, T-shirts and leather bags. 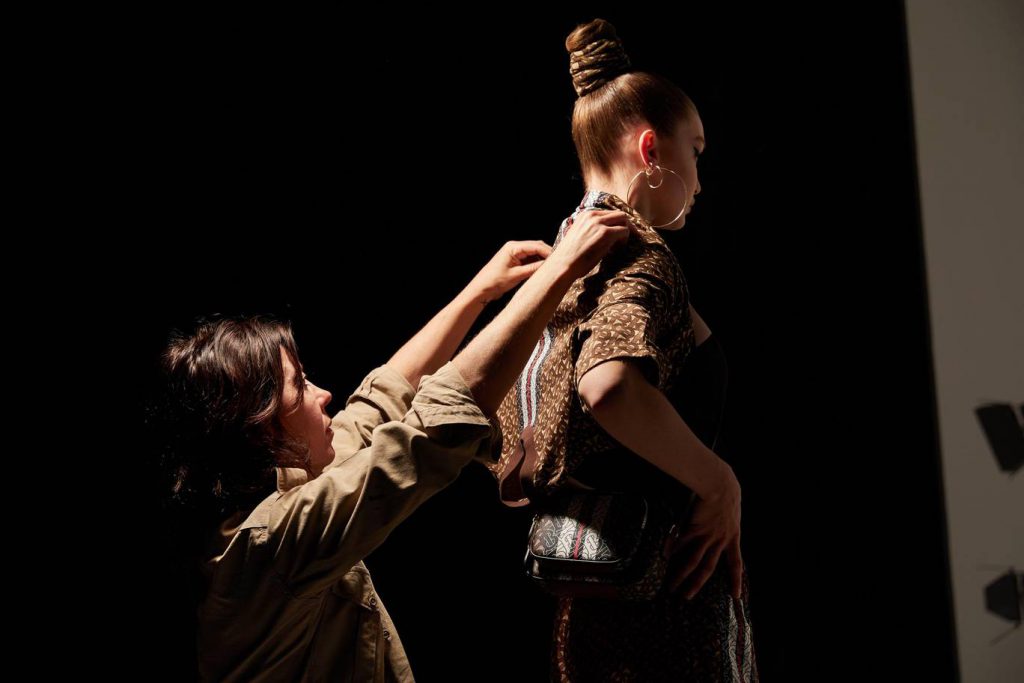 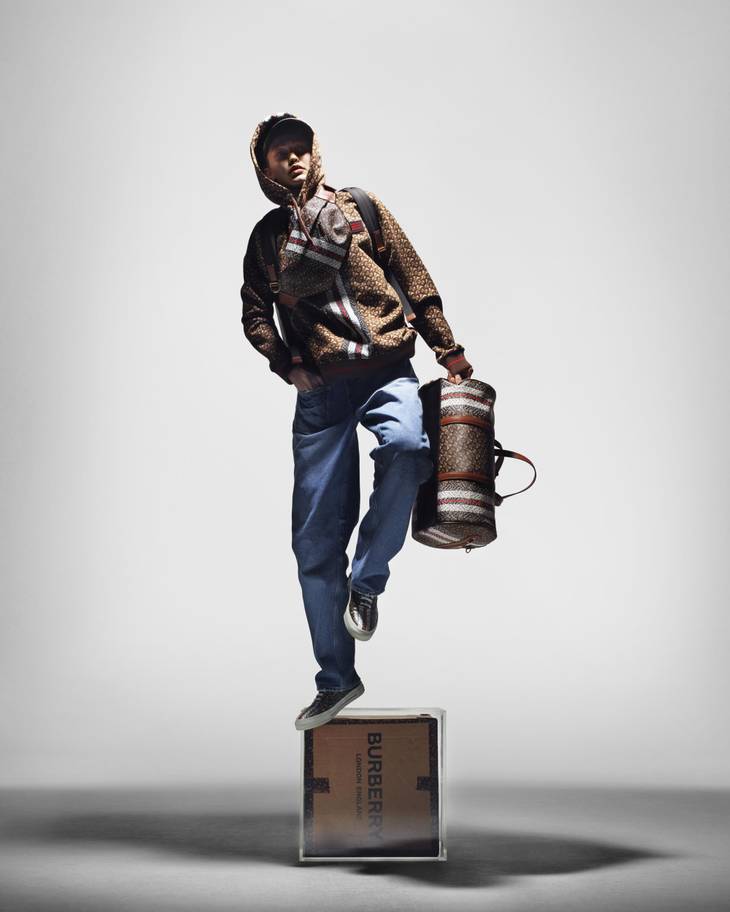 The collection has all it takes to be successful, especially when it comes to its ad campaign, starring top model Gigi Hadid. Filmed by Nick Knight, she plays four distinct characters: a boy, a gentleman, a girl and a lady, representing all the generations and genders that the brand speaks to with this wide, varied range. 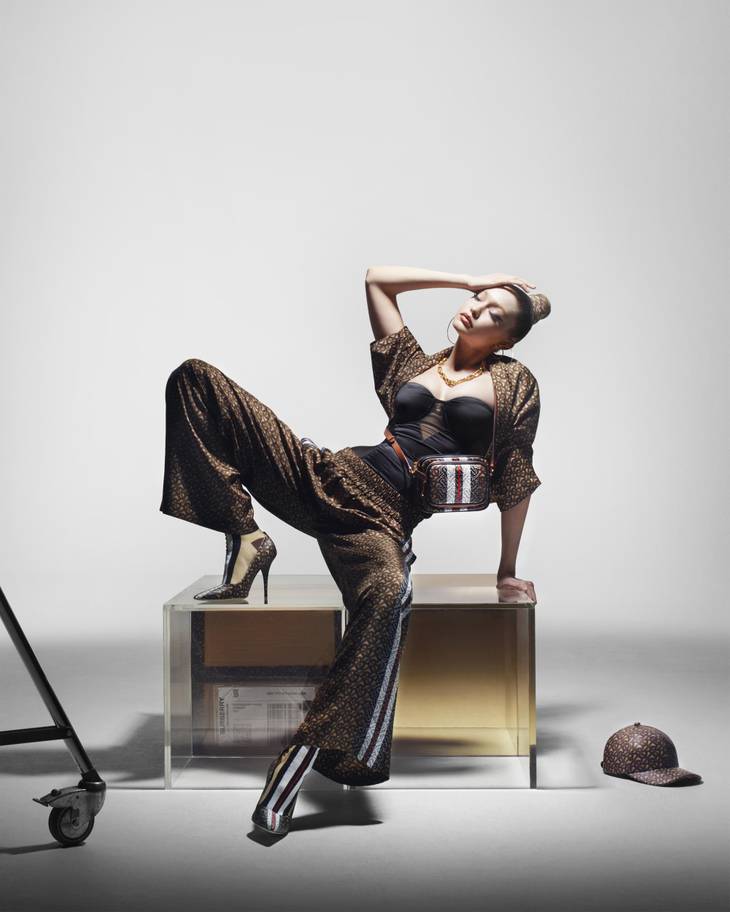 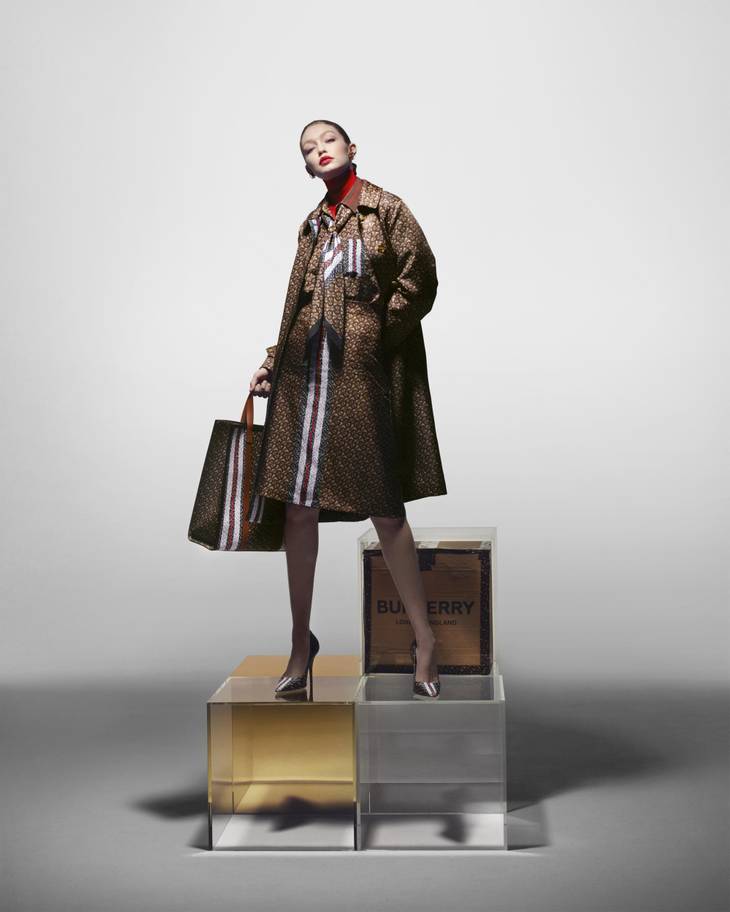 As Tisci declared, both the shoots and the video ooze the passion and enthusiasm of this talented millennial from the United States, counting over 45 million followers and relying on a team made up of stylist Katy England, graphic designer Peter Saville, make-up artist Isamaya Ffrench and hair stylist Gary Gill. 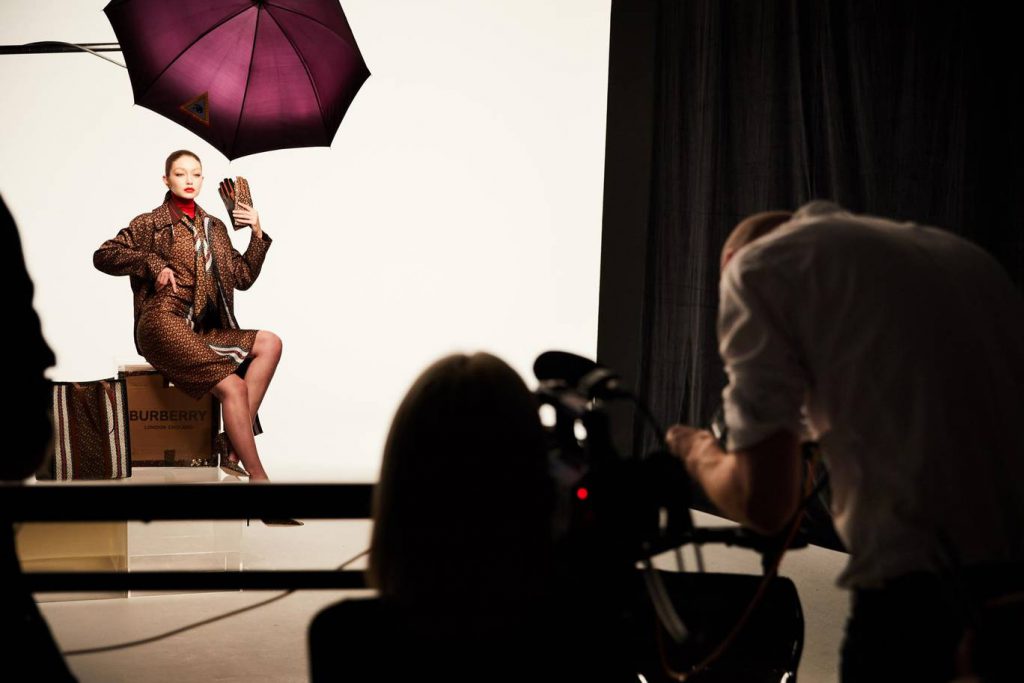 The Monogram collection will be available for purchase at selected Burberry stores worldwide and online from May 22.