“Is that clown a man or a woman? It’s neither one nor the other. It’s a clown”

Vicaire, who died last November at the age of 91, was a well-known tailor specialized in clown costumes but, in reality, he also was a true couturier who dedicated his craft to the endless variations of one single special piece of clothing, able to evoke joy and melancholy alike.

This is the inspiration for Maria Grazia Chiuri’s circus-themed collection, dedicated to the great theatrical costume designer. The circus has always been featured in the Maison’s collections, starting from the spectacular creative direction of the first Dior Circus Comes to Townfashion show, created by Monsieur Dior himself in 1950, and presented at the Savoy in London.

And how could we forget Parade, the show designed for the Medrano Circus by great artists of the Twentieth century such as Pablo Picasso, Erik Satie, Serge de Diaghilev and Léonide Massine, that opened in Rome and then arrived to Paris.

The visual sequence of the pieces that make up the collection strongly recalls the circus and its relationship with costume, fashion and art, evoking the works dedicated to clowns by artist, photographer and director Cindy Sherman. 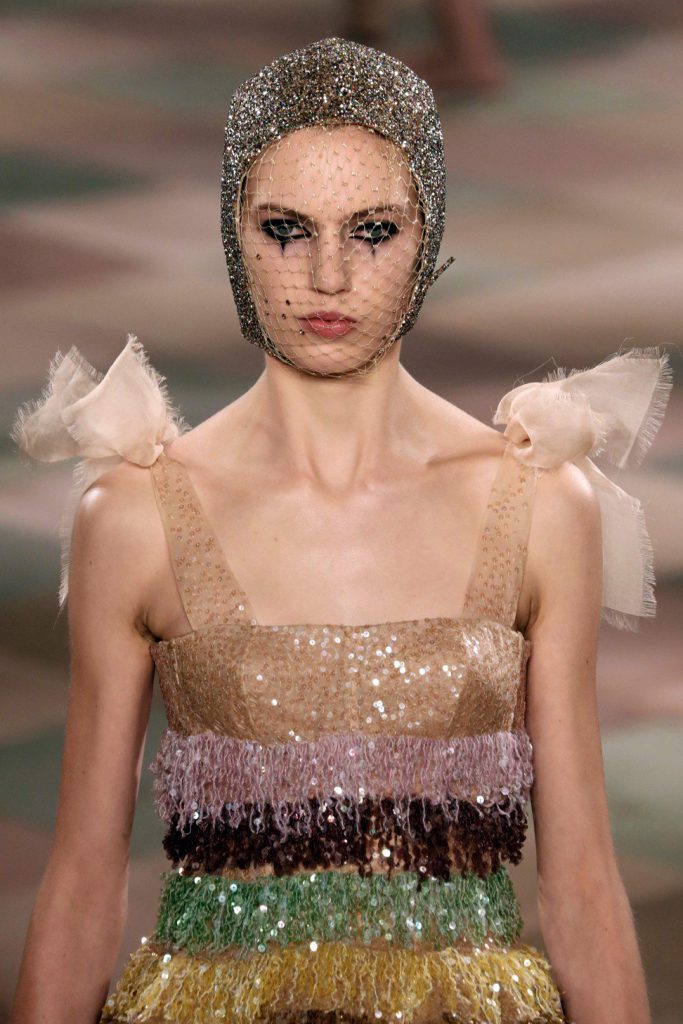 The skin of a tattooed woman, a reminder of the Victorian circus and of its grotesque phenomena, becomes a jumpsuit covered in intricate designs that shape the body under the clothes and create a wearable narration. 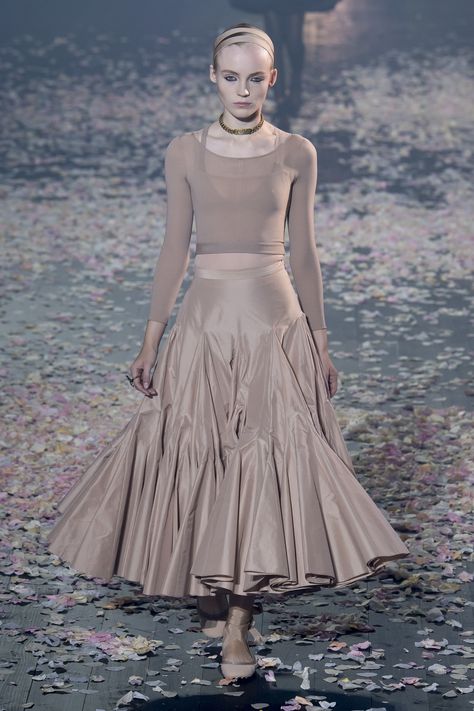 The dusty colors, declined and combined in an endless palette, like the ones that cover the stage curtain painted by Pablo Picasso for the Paradeballet, evoke the wear and tear of stage costumes, covered in a fine dust. Long skirts, either embroidered or covered in opaque sequins, become shorter, like tutus – another allusion to the world of circus, inhabited by acrobats, lion tamers and ringmasters. 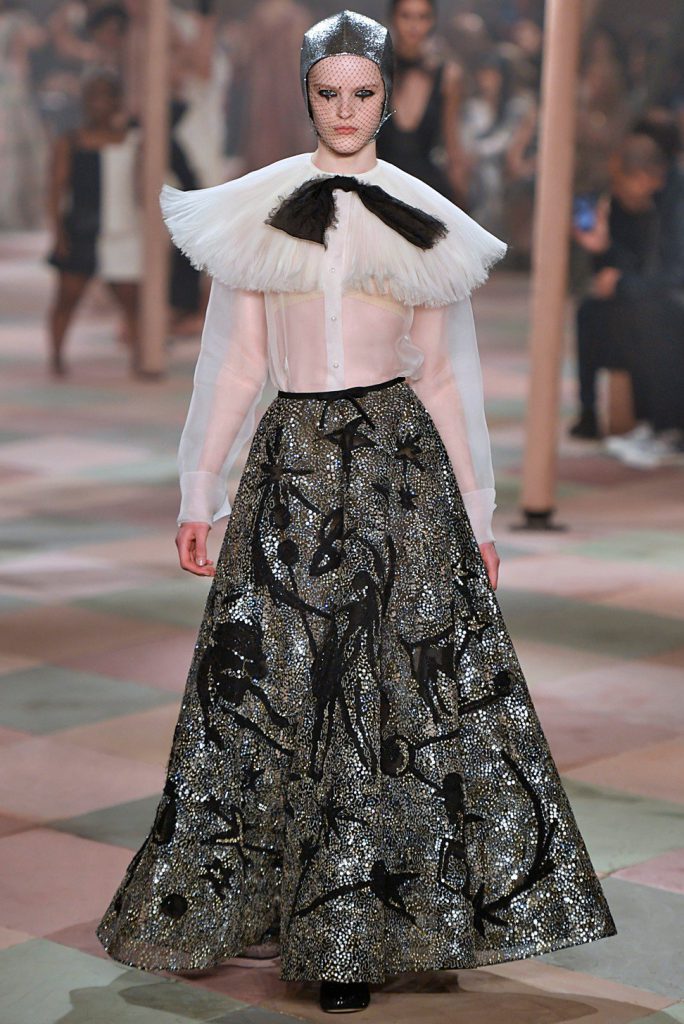 On the runway, animated by the performance of the all-female circus company Mimbre, Maria Grazia Chiuri gathers her inspiration from an incredible variety of sources, in order to create her own personal Parade featuring wide, light, tight ankle trousers that can turn into beautiful suits.

Black shorts are paired with transparent white shirts, complemented by ruffles and ribbons that look frayed by time. Leather bustiers, sailor jackets and ringmaster jackets are also featured in the collection. The geometric clown dress, whether white and sober, or opulent and decorated, is reinterpreted with different materials, embroideries and proportions.

The summary of all of Chiuri’s work for this Dior Couture collection is the constant search for an unexpected poetic that underlines the trust and the bond that link the soul and the body. 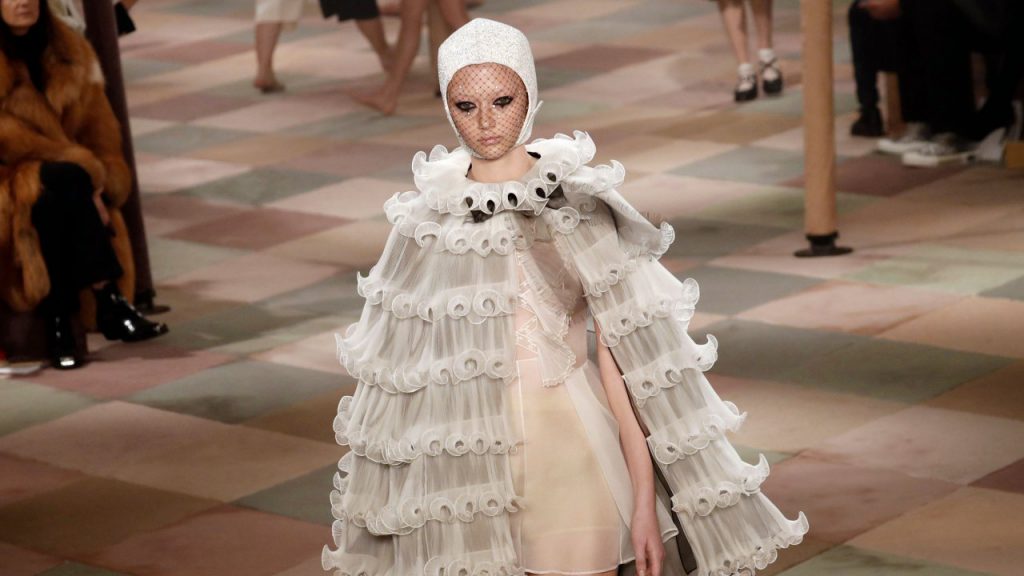 The circus then becomes an inclusive place, where the clown, with its androgynous and asexual characteristics, is a symbol of possible equality: its modern gaze unmasks a world where beauty, race, gender or age don’t matter, and the only things that count are technique and audacity.