An elliptical setting with the looks of a Parliament, apparently ready to host a platoon of politicians, set up in the movie studios at La Cité du Cinéma.

Totally covered in blue velvet and carpet recalling the colors of the European Union, the space transforms into an auditorium that holds a definitely peculiar conference called by Demna Gvasalia, creative director of Balenciaga.

The main themes of this Spring/Summer 2020 show-convention were power dressing and work uniforms, in line with the designer’s constant exploration of social issues. A certain political satire could be sensed at the show, caught in the ultra puffed-up parkas that hinted at Donald Trump, in the ladylike outerwear similar to First Lady Melania’s, or in the power dressing inspired by political women’s attires in their campaigns – one for all, Angela Merkel. 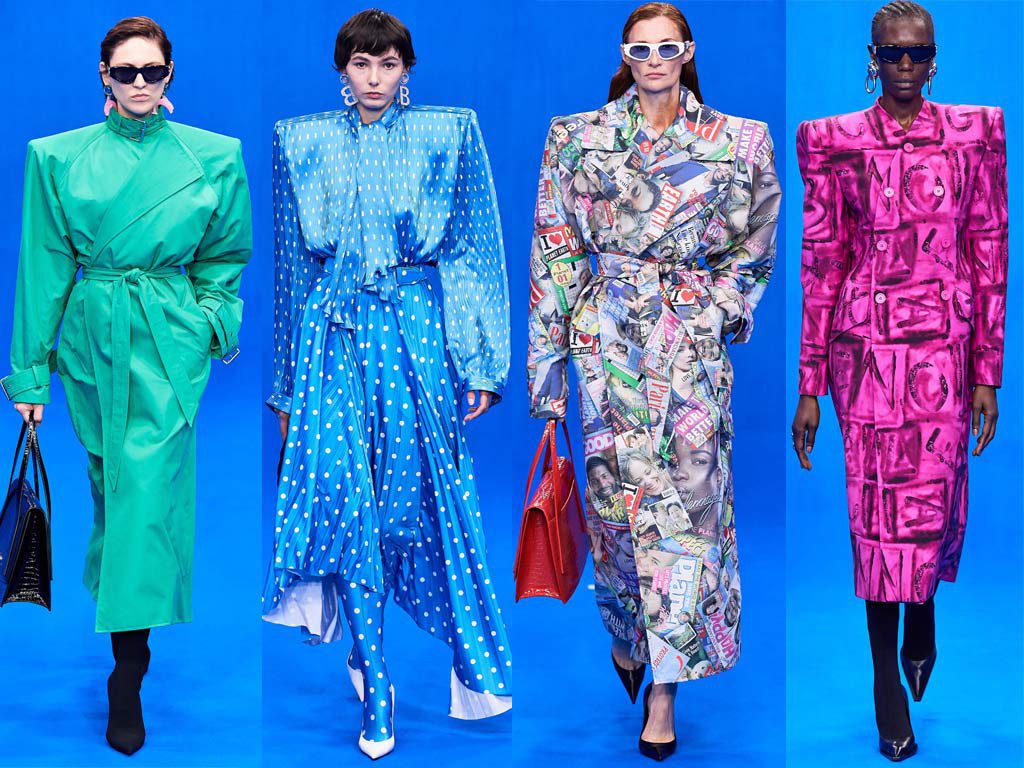 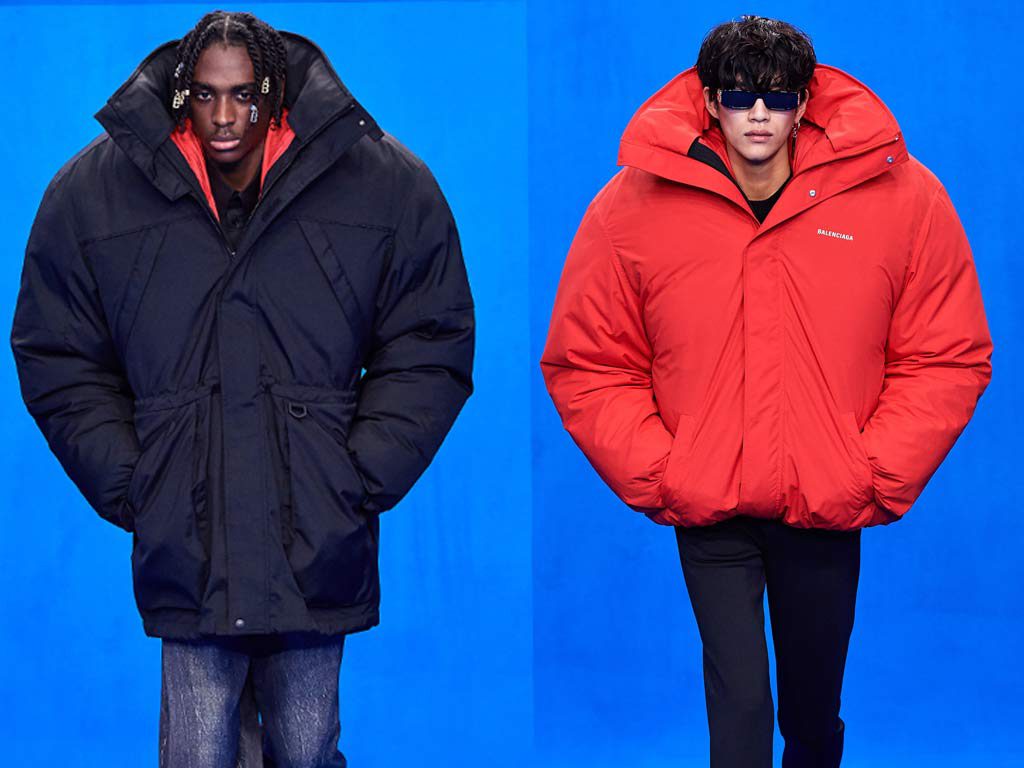 The show opened with an austere group of men and women in tailored clothes-uniforms detailed with embroidered crests and discs split in two bearing the Balenciaga emblem – graphics somewhat close to MasterCard’s own logo. 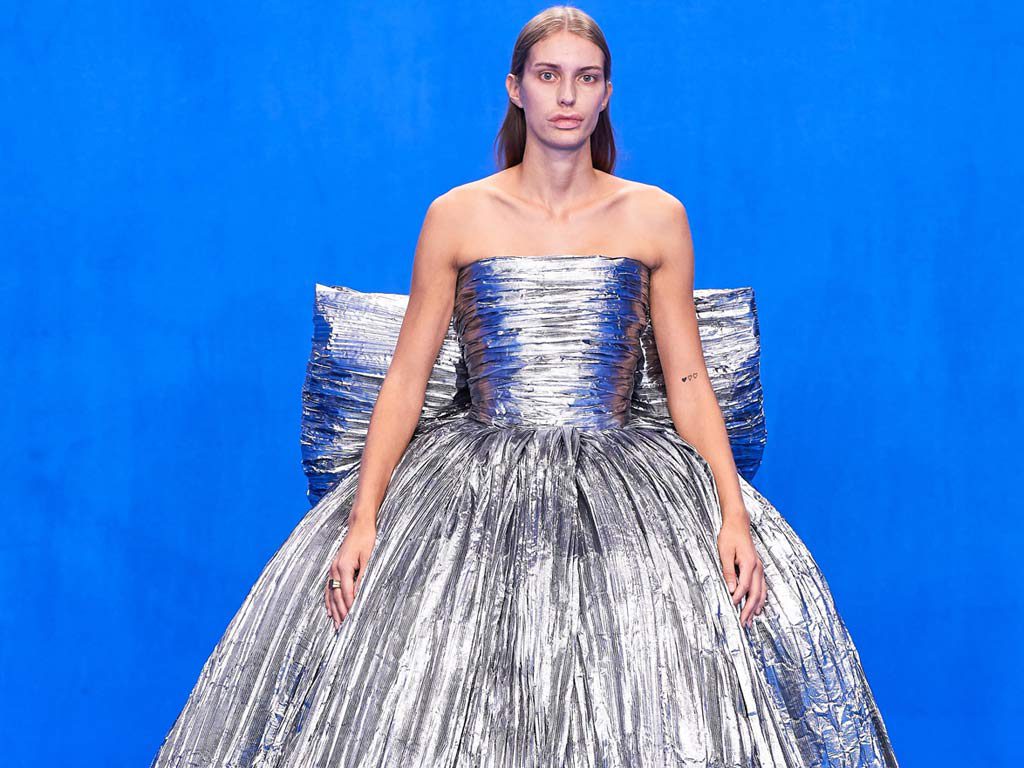 Next up were humans-models, each soberly or fancifully dressed depending on their professional pathways: so-called white collars, a parade of engineers, lawyers or diplomats, and the creators, including gallerists or architects.

The Spring/Summer 2020 collection also delved into Cristóbal Balenciaga’s heritage and codes by experimenting with volume, an element that the founder shares with Demna Gvasalia, fond of oversize shapes. 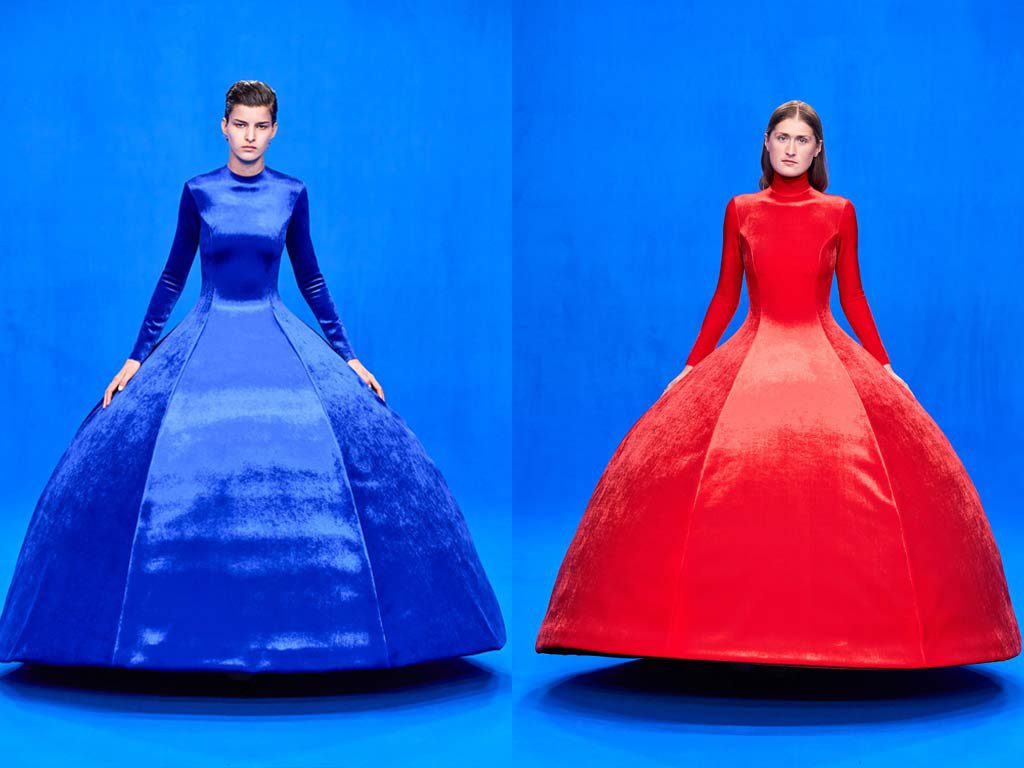 Enormous ball gowns with fixed skirts and firm crinoline were showcased on the spiraling set. While recalling cartoon princesses’ magical costumes, they were actually hinting at the Spanish painting that inspired the famous designer. Couture pieces, “A-shaped and neogothic”, that literally left the guests in awe, and contributed to the creation of one of the Georgian designer’s most captivating lines.