What do Prada Linea Rossa and Tottenham Court have in common? It is all a matter of… red line! The first – literally “Prada Red Line”– represents the sporty brand founded in 1997 and re-launched by the Milanese fashion house for S/S 2019, while the second is a Tube station on London’s red Central Line.

The station’s underground ambiance was the setting of an improvised, unexpected show by Willow Smith, who introduced the spectacular twist of the brand’s second collection after last year’s refresh. A unique, emotional performance for a few-minute break in the commuters’ routine, recorded live. 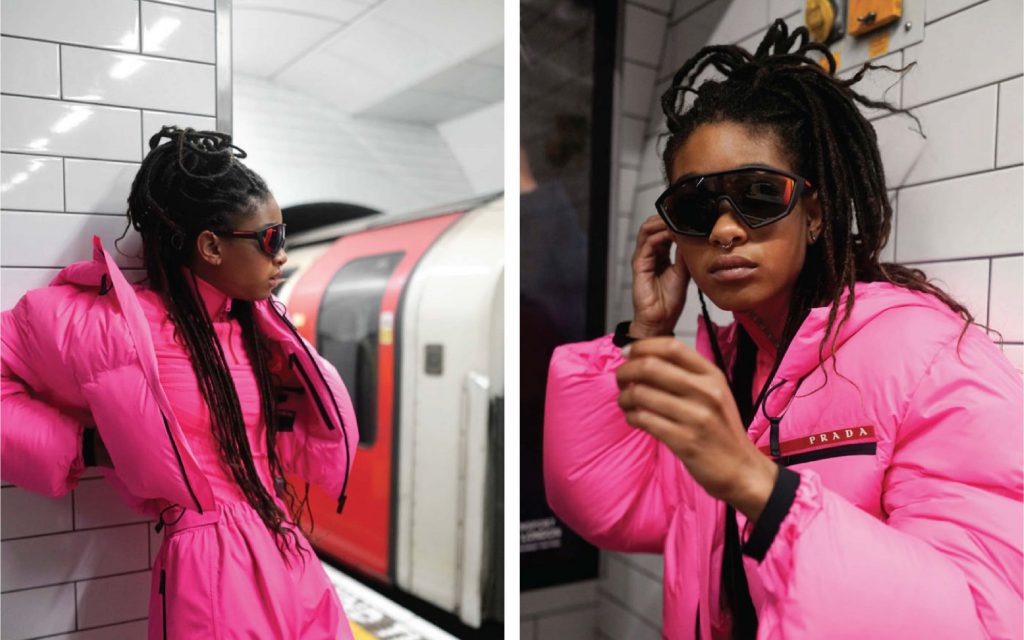 A definitely unconventional launch, an obvious reference to the DNA and history of one of the first luxury brands to offer a new perspective that blends a futuristic soul, contemporary echoes from the ‘90s and sportswear.

After all, the Prada Linea Rossa project is about “performing” fashion and a passion for sailing, and was born of the encounter between Prada’s CEO Patrizio Bertelli and Argentinean yacht designer German Frers. Inspired by sailing clothes and technology, the first line landed at the America’s Cup with Luna Rossa. From regattas to club cultures, the range became known as Prada Sport and quickly met a huge success, which was however limited to the British capital’s urban scene. 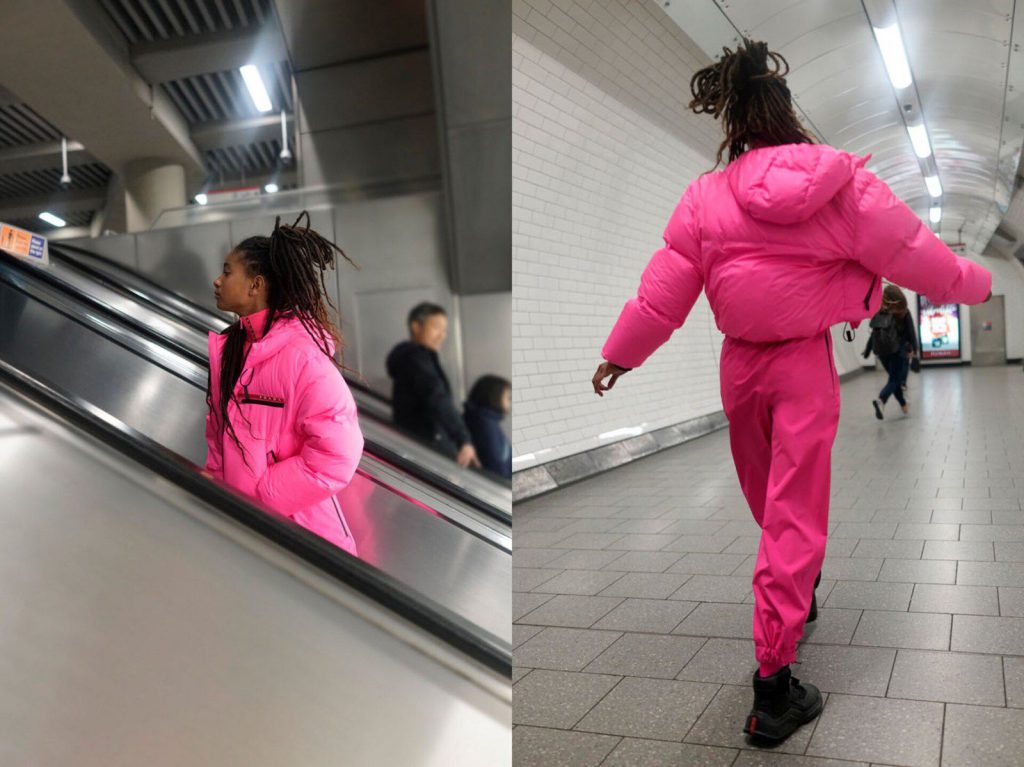 Tied to the themes of last January’s Fall/Winter 2019-2020 runway, the collection is another step forwards in groundbreaking technical clothing.

Revamped with bright tones and grey and military green shades, the collection experiments with fabrics and details, engineered to physical performances and consistent with the sustainable direction that the Prada Group has taken. 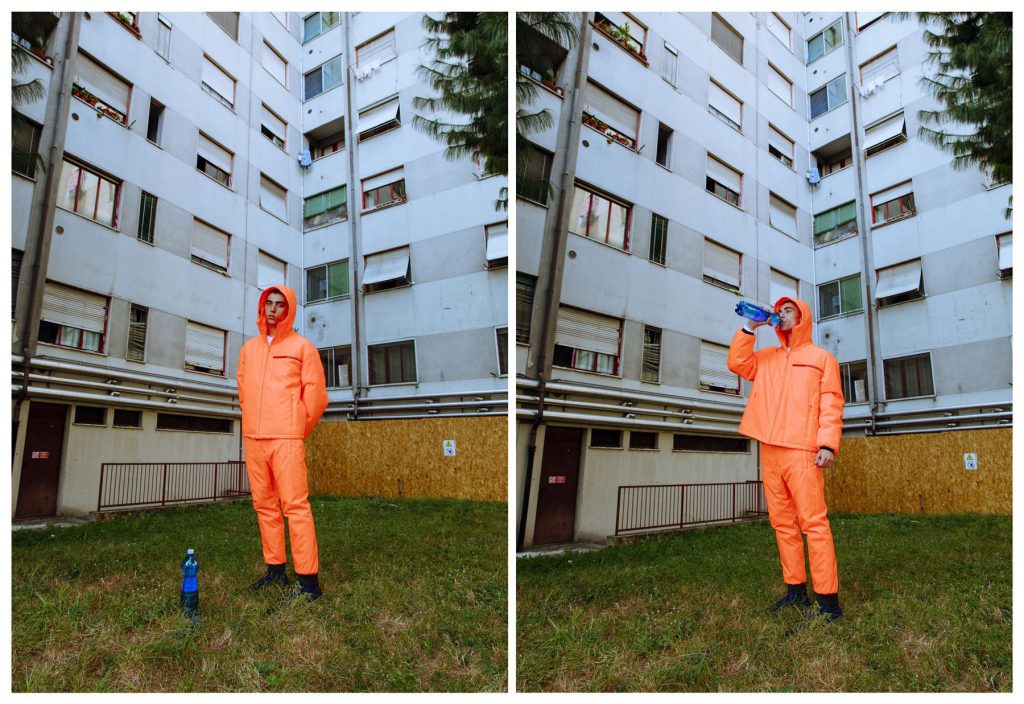 One example is technical jersey, made from recycled polyester fibers found at sea or recovered from landfills. Further innovative features include thermo-welded seams for absolutely soft, water-repellent pieces, graphene padding, aseamless three-dimensional techno-knit with a balanced, hypoallergenic PH, and the Goretex microfiber. 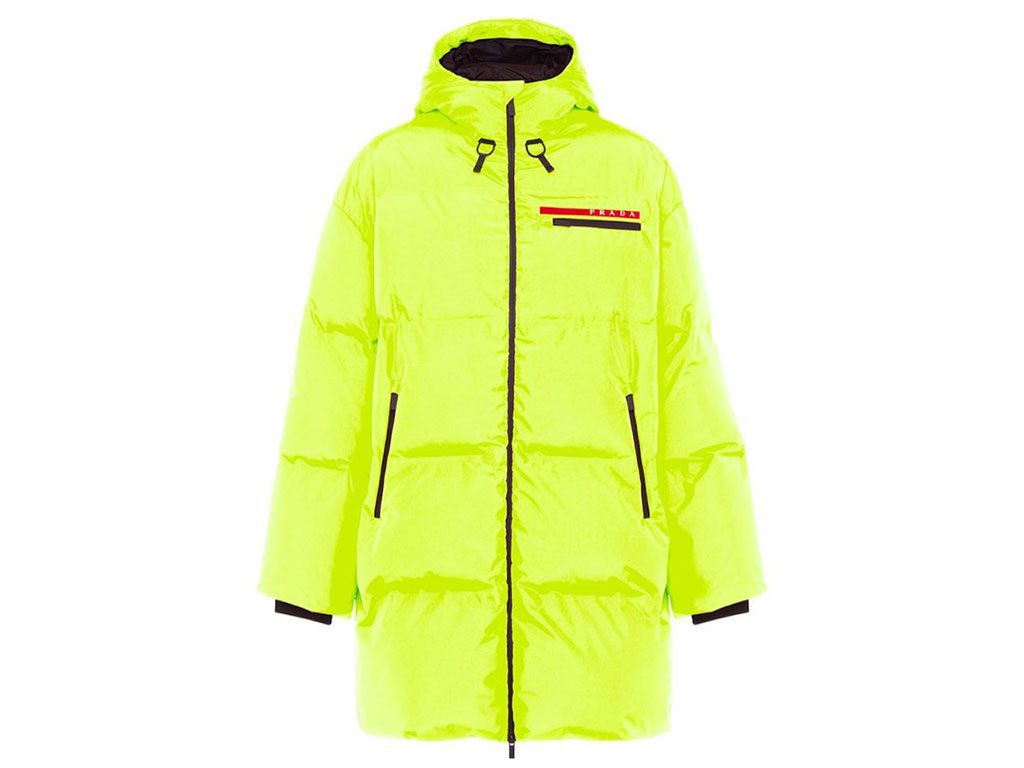 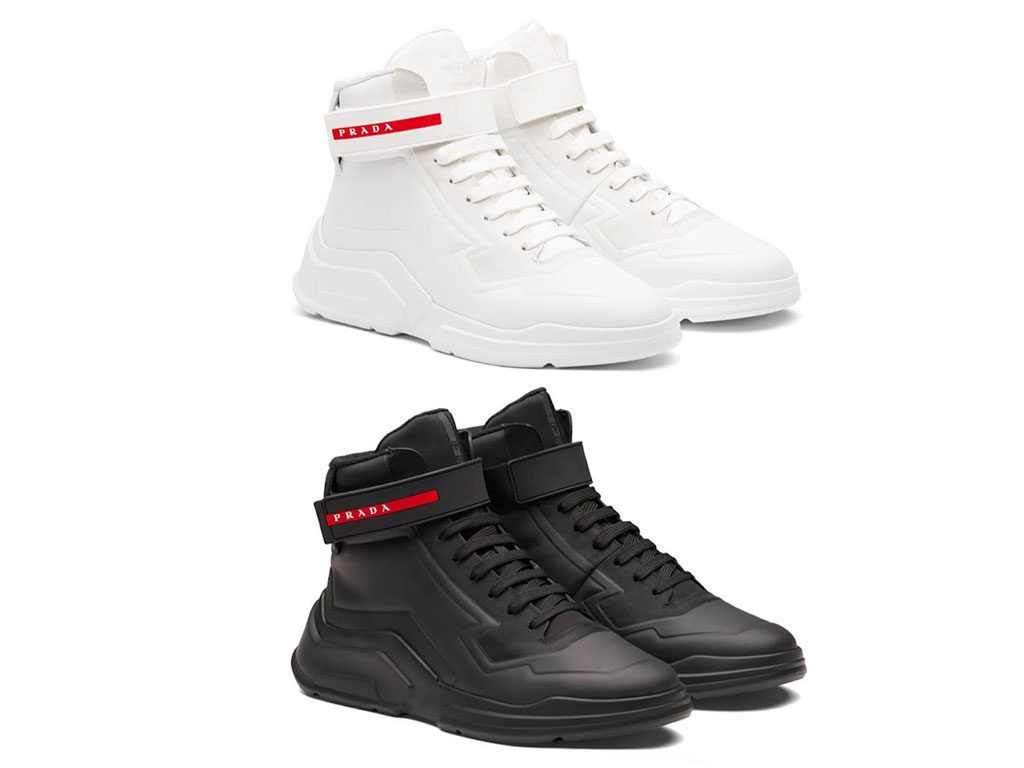 The line’s aesthetics are dominated by a printed logo on the chest coming in a new macro version.