The 50th anniversary of Ralph Lauren

On the evening of Friday, September 7, Ralph Lauren did not disappoint the expectations of those who expected a spectacular live streaming event on social networks, to celebrate the 50th anniversary of the label that bears his name.

There were 500, including Hillary Clinton, Steven Spielberg, Oprah Winfrey, Robert De Niro and Anna Wintour, not to mention the gotha ​​of American stylism – from Tommy Hilfiger to Alexander Wang -, the guests of the hippening who, using digital media but also of the traditional parade, it has monopolized the Bethesda Terrace of Central Park: a place made famous all over the world by the film Hair by Milos Forman, of which some of the most significant scenes have been shot right there.

150 models of all ages presented the models of the Collection together with those of Polo Ralph Lauren and Double RL, offering a synthesis of the style and the most important themes of the career of the fashion designer and entrepreneur, at the head of a $ 6.2 billion reality.

A series of these proposals went on sale with the formula see now, buy now on ralphlauren.com and in the international flagships of Ralph Lauren, as well as selected retail partners including Saks, Bergdorf Goodman and Neiman Marcus.

Adjacent to the dais a series of Led sculptures, placed around a mega structure mirrored in the middle of the court of Bethesda Terrace, inside which have been projected with innovative techniques over 400 images and videos from the archives of the brand.

Finally, a Parisian-style outdoor dinner inspired by the atmosphere of the Ralph’s restaurant on Boulevard Saint Germain. «I wanted to create and share an experience that was deeply personal and, at the same time, a synthesis of the style in which I have always believed. Personal, authentic and that can last forever, in a place so typically New Yorker and so special for me. New York is my home, “commented Ralph Lauren, who in the past has chosen Central Park for celebrations of his brand. 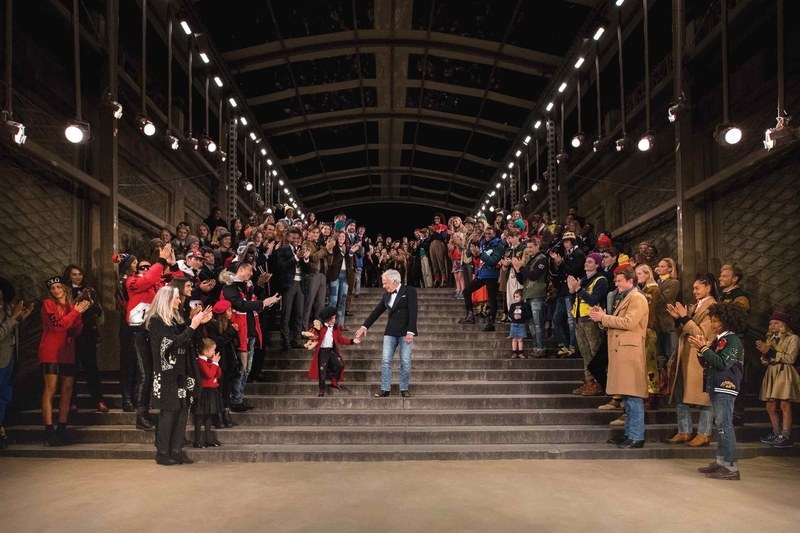