Cinema mon amour. When passion contaminates a professional career, results can be unique and astonishing. Roger Vivier’s creative director Gherardo Felloni knows it well, and decided to present his Fall/Winter 2019 collection through a movie inspired by his love for the seventh art.

Shot with a vintage camera, the “Shoes! Shoes! Shoes!” short film catapults spectators into the 1910’s TV era, embedded with entertainment, information and that pinch of humor that French director Charles Pathé inaugurated by launching the so-called movie journalism. 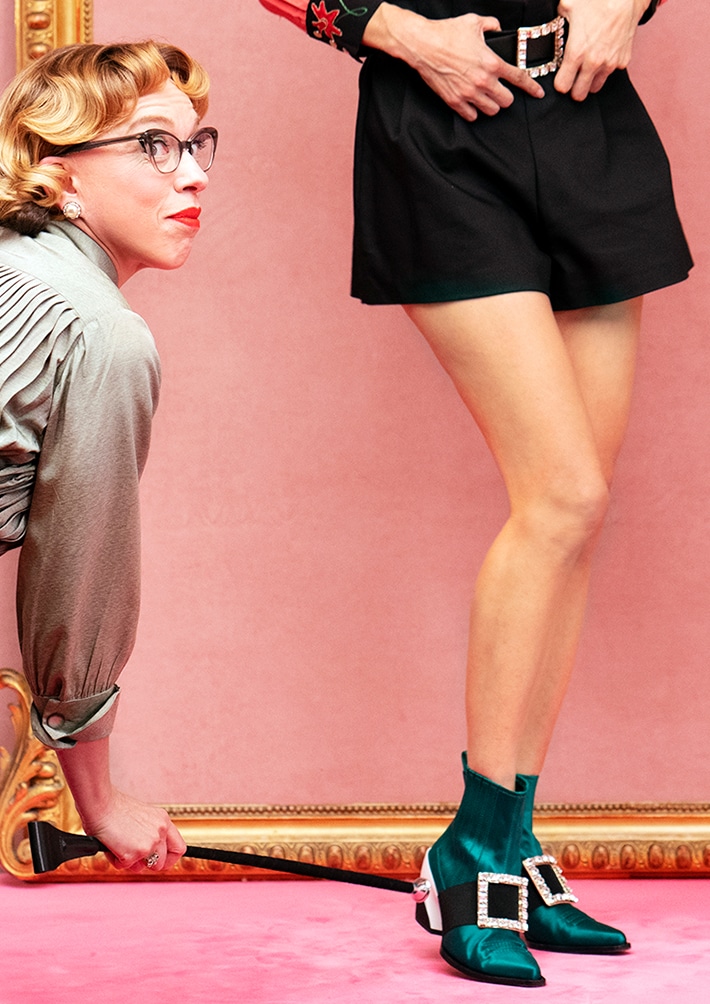 Roger Vivier’s motion picture honors the golden age of Parisian high fashion – the years of the set-ups and shows created by the “Fabergé of footwear”– and unveils secrets from the workshop where the brand’s sketches take shape as luxury creations.

Gherardo Felloni could not resist to appear in the fashion movie as himself, becoming part of a plot that examines models from the new collection, worn by model Pauline Jacquard and accurately described – as was customary in the ‘40s – by his assistant designer, played by French performer Angèle Micaux. 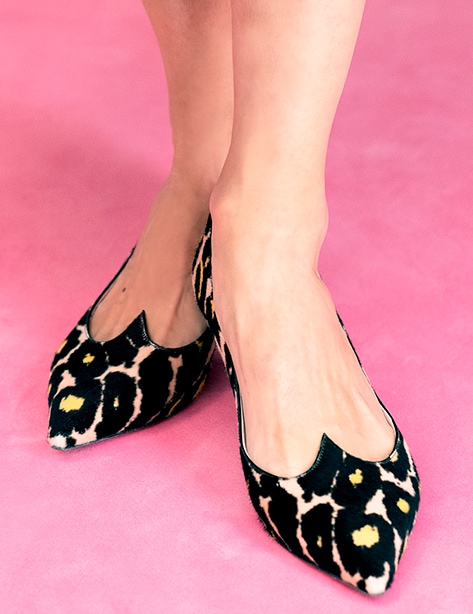 The line pieces are introduced one by one, such as the Courbette Bow pumps, featuring an oversize satin bow, or the I Love Vivier pumps, coming in an animal print and low heel. The Viv’ Tex boots, another iconic model from the label’s with a curved heel (inspired by the famous 1950 Choc heel), parade with the new Beau Vivier It bag, whose structured profile is embellished by a precious buckle. 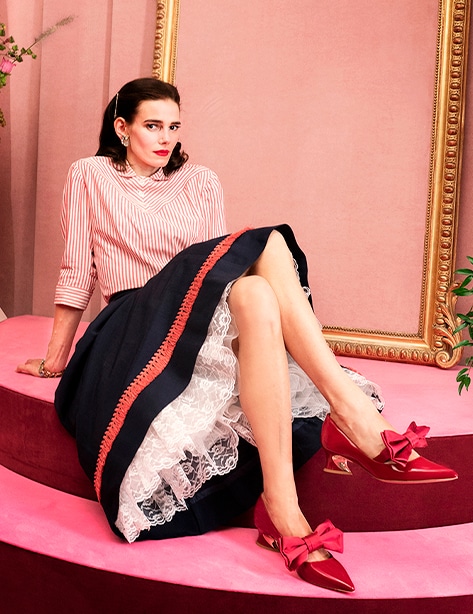 A show with a retro feel that weaves ironic elegance into exquisite tailoring, where Ines de la Fressange, the French brand’s renowned muse, suddenly appears in a wide-brimmed hat and dark glasses.

An author’s, or rather, a designer’s movie, available on Roger Vivier’s Instagram profile.