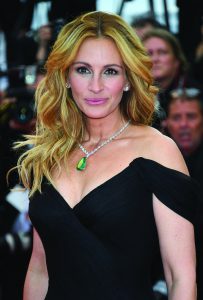 The body of a goddess, a face that lights up a room, and incredible talent as an actress: Julia Roberts just turned 50, but her radiant smile which has won over audiences around the world hasn’t changed a bit. It should then come as no surprise that this spring, the popular American weekly, People, nominated her as the “most beautiful woman in the world” for the fifth time. Passionate about yoga, completely opposed to Botox and plastic surgery, she demonstrates how an actress can age gracefully without the fear of losing Hollywood’s interest. Of course, even she admits to seeing signs of the passage of time. “I have mirrors too”, she quipped with her usual self-deprecating humour. “On a day to day basis, it’s about if you’re happy in your life. Someone said you wear your face in your life till you’re 40 and then you wear your life on your face. So, I think that gives me a nice face.”
A career lasting nearly thirty years, an Oscar (Erin Brockovich), three Golden Globes (Erin Brockovich, Pretty Woman, Steel Magnolias), nearly 45 films behind her and so much more ahead of her. Amazon recently announced that Roberts will star in its new TV series, Homecoming, a thriller to be created by Sam Esmail. There are also whispers of an Oscar nomination for her most recent film, Wonder, based on the R.J. Palacio novel that became a worldwide phenomenon in 2012, inspiring a movement encouraging kindness (Choose Kind). “I finished the book, dried my tears and called my agent”, Roberts stated, an explanation of the decision to take the role at a time in her career in which she’s allowing herself just one film a year. Directed by Stephen Chbosky, the drama recounts the wonderful story of a child affected by Treacher Collins Syndrome and, like the book, it leaves the viewer with the desire to become a better person. ‘Were there moments in which she felt wonder?’, she was asked during a recent press conference. “Always, every day. It’s how I’ve chosen to live my life”, she responded without hesitation, perhaps thinking about the happiness which she gets from her family. Married to cameraman Danny Moder for more than 15 years, the couple is busy raising their three kids: twins Hazel and Phinnaeus, 12, and little Henry, 10. “I don’t go out searching for things, but I’m ready to seize what comes my way”, she explained. The secret to their happy union? They kiss a lot and never miss their kids’ soccer match on Sunday. “Now like never before, at 50 years old, I’m fully enjoying life.” 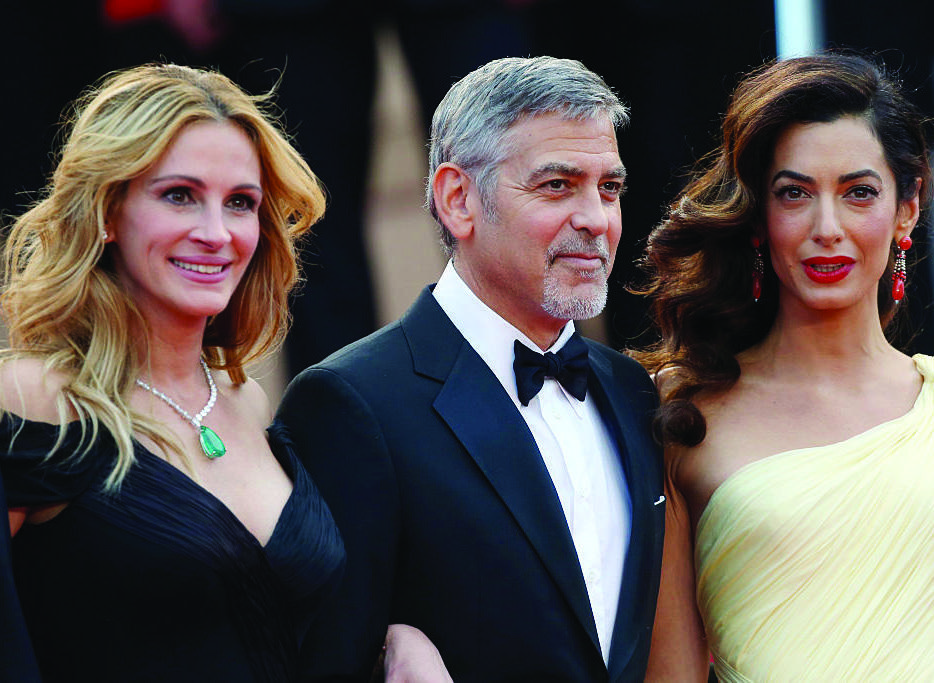