The story of the most expensive jade necklace in the world

Her name was Barbara Hutton and she was a real “Million Dollar Baby”.

That’s right, the famous song of the twenties was conceived and dedicated to her.

She is an American heiress, she collected seven husbands and an incredible collection of jewels, among the most precious in the world.

She was named the richest young man in the world and her fortune was well invested in truly exceptional jewels. 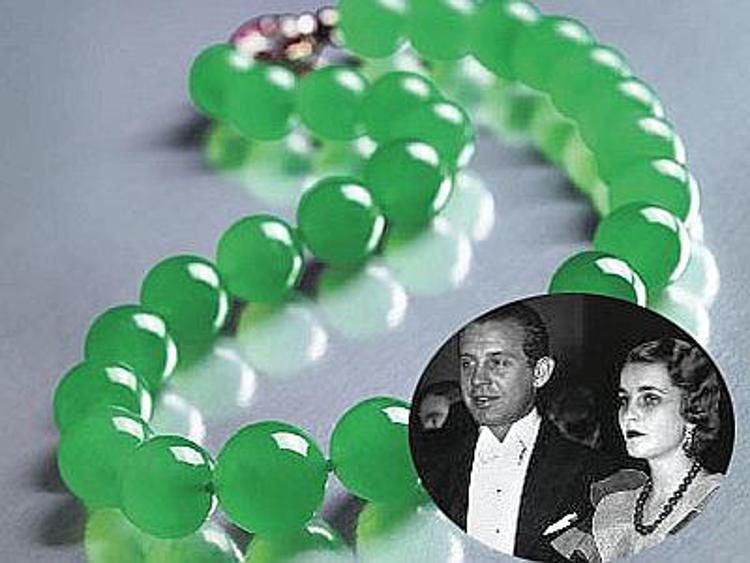 The majestic necklace of precious jade was a wedding gift.

More specifically, this wonderful jewel was commissioned by Barbara’s father, Franklyn Laws Hutton in the thirties, on the occasion of her daughter’s wedding to Prince Alexis Mdivani.

Measurements, color and luster of the stones are truly exceptional, all the jade spheres were obtained in the 18th century from the same raw stone.

The jewel is truly out of the ordinary and its value has certainly not decreased over time: just think that in April 2014 Cartier bought it back during a Sotheby’s Hong Kong auction at a record price of over 27 million dollars. .

Although it should have been a symbol and a wish of good luck and eternal love for the wedding, the union between Barbara and the Prince ended soon, but the story of the most expensive jade necklace in the world was not yet over.

It was the American heiress in fact, in 1934, who commissioned Cartier to produce the splendid closure of the necklace. 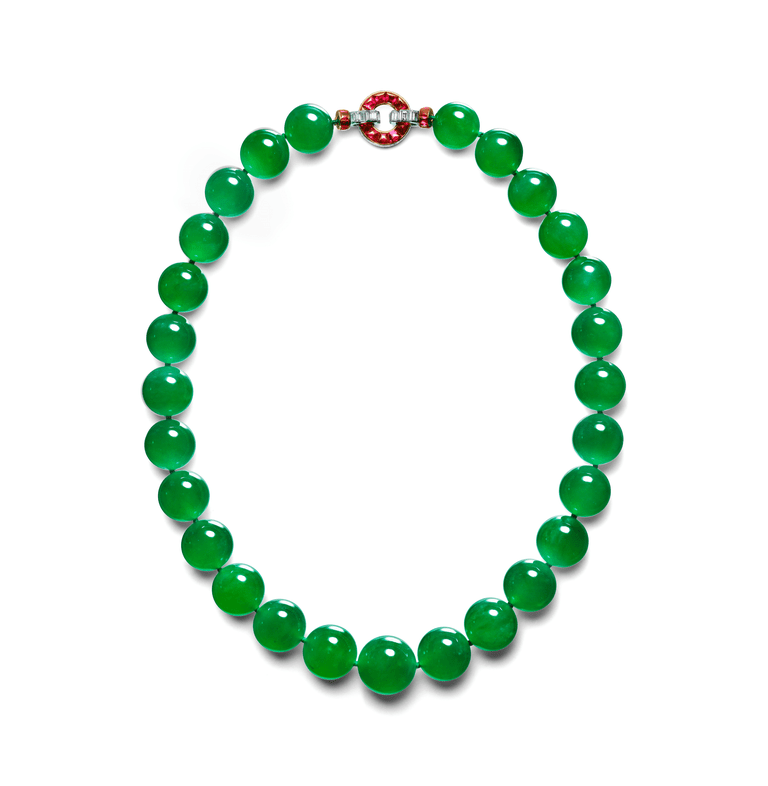 Yellow gold, diamonds and platinum have created a precious closure, embracing an incredible ruby ​​that creates a courageous and yet spectacular contrast with the green of the jade.

A courageous jewel, which tells of the extreme luxury and the great charm that precious stones and mastery in the art of jewelry never cease to arouse, despite the passage of time.