Sunday, March 17, 2019, the Castle and Park of Masino, well opened to the public by FAI in Caravino (TO), will host the Air Festival, a day to greet the beautiful season, perceive the liveliness and breathe the sparkling atmosphere.

Visitors will have the exceptional opportunity to board a balloon and take a controlled flight of about 30 meters, with Charbonnier Mongolfiere team from Aosta, who will explain the mechanisms of the balloon and the principle of Archimedes, who regulates the operation. 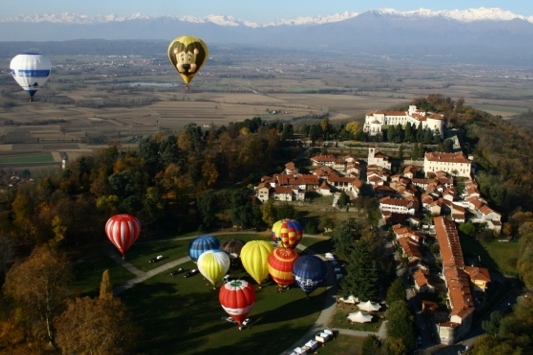 It will be like wearing wings for a day and making one of humanity’s oldest dreams, from the myth of Daedalus and Icarus to the research of Leonardo da Vinci, to the adventures told in the novels of Jules Verne: that of flying in harmony with nature.

During the day of the FAI dedicated to the air, in addition to admire the Canavese and the Alpine arc from the balloon, you will learn the secrets of the Codex of the flight of birds, Leonardo’s manuscript composed in 1505 and kept at the Royal Library of Turin. Two experts from the teaching section of the Regional Museum of Natural Sciences in Turin will illustrate the laws of physics that govern the flight, starting from the document in which the inventor, based on the physiognomy of the birds and the study of the resistance of air and currents, collected theories, notes and projects of his machines.

For this ninth edition, fifteen famous maxi yachts led by internationally renowned skippers will be ready to compete on the race course for a prestigious victory and the coveted Doge's hat, specially made this year by the historic CAM glass factory in Murano
Read more
Dolce Vita

An initiative that, in addition to welcoming the entire winemaking process, will open the Bollinger world to wine tourism
Read more