Alfio Ghezzi arrives at InAlto: the high-altitude restaurant in the Dolomites

I have always been a cook, I love the mountains, I love flying and I love InAlto!

This is how chef Alfio Ghezzi, patron of the Senso Mart restaurant, selected in the MICHELIN Guide Italy 2023 with a Michelin star, begins in communicating his next project: InAlto Alfio Ghezzi Dolomites, a place where he can combine his passion for cooking with his love for the high altitude which opened on December 3 last year. 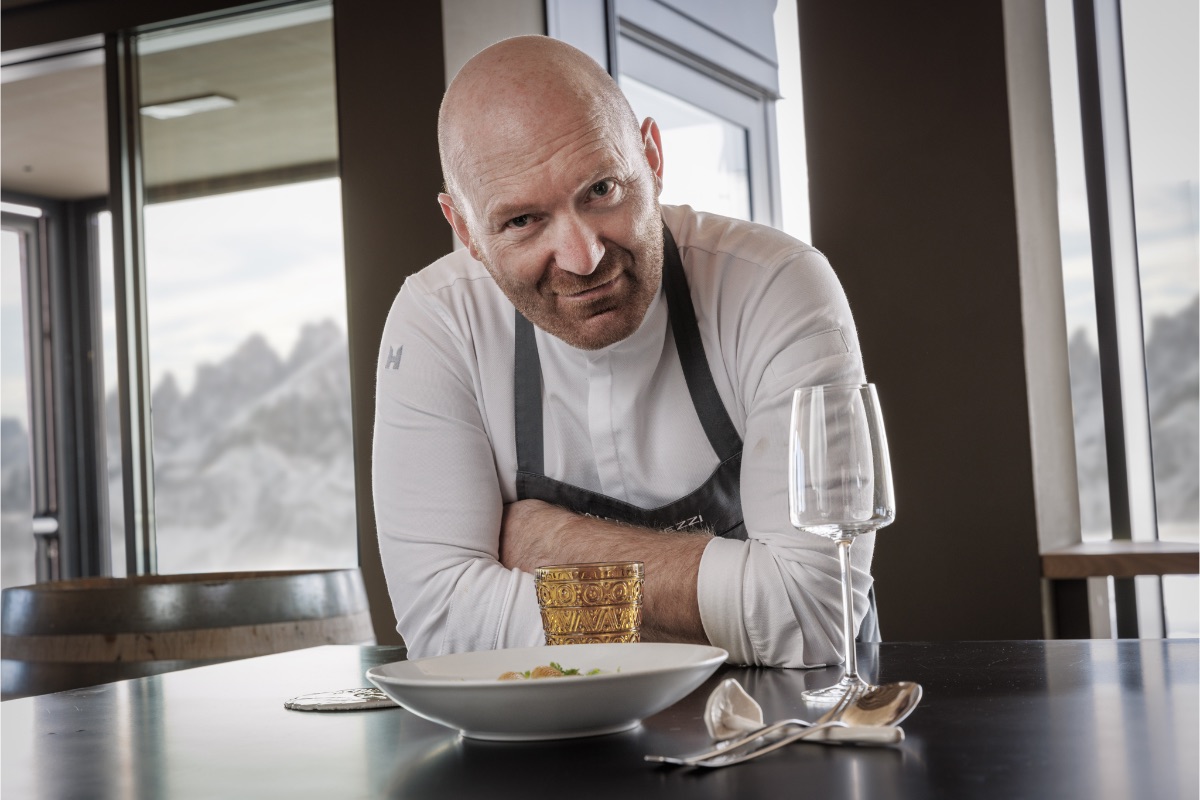 Cooking at 2500 meters requires a sense of limits, which is essential to offer not only a reassuring cuisine but above all a cuisine shared with the landscape and with good food practices. Dishes designed and cooked responsibly respecting the seasons and the short supply chain, an honest and concrete cuisine. All this translates into my work with the idea that the simple vision of food, or rather essentiality, is a founding trait of all the communities that live in the highlands, but it is also and above all a key to reflection and understanding of our being conscious cooks 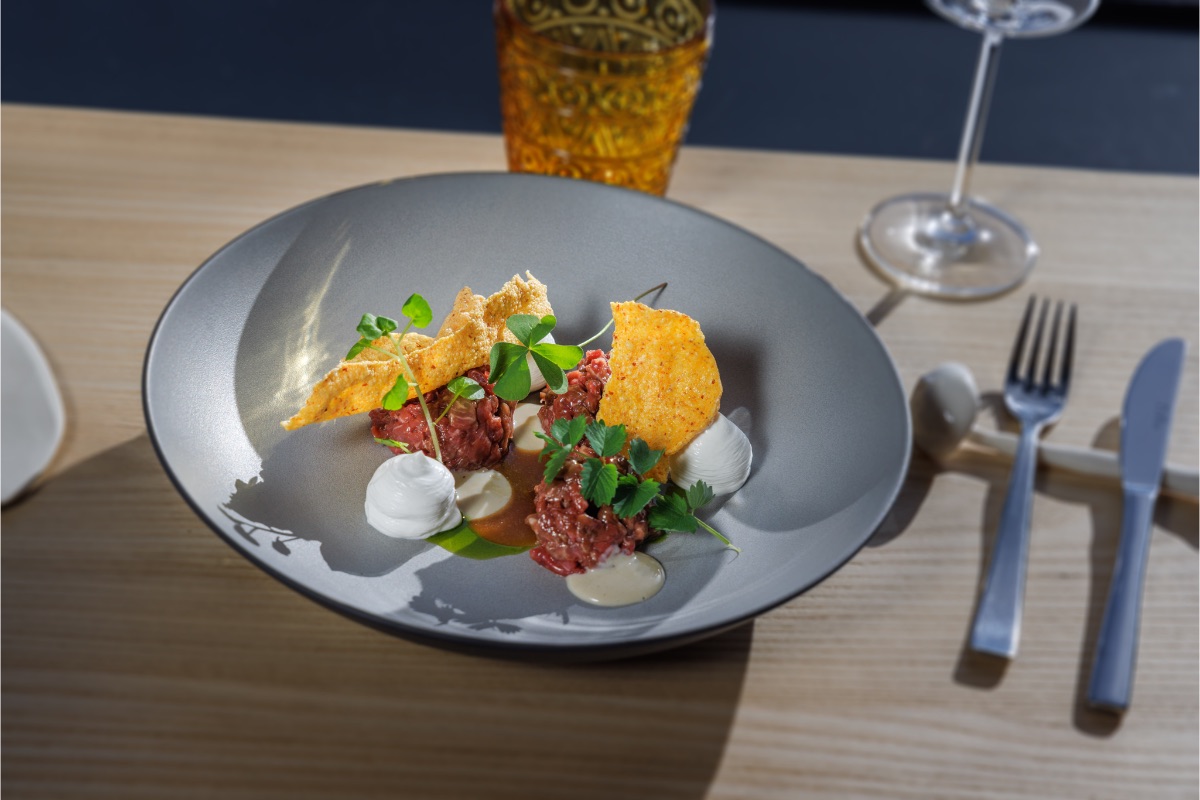 This is the philosophy that the chef brings to InAlto, the refuge that stands at 2,514 m on Col Margherita, in the San Pellegrino Ski Area. Located at the start of one of the most adrenalinic black slopes of the Dolomiti Superski, La VolatA, InAlto offers a careful proposal, structured for the whole day, from morning to evening, according to everyone’s needs, for a breakfast, for a lunch break, an aperitif or a delicious snack on days in the snow but also in the middle of summer.

The location, integrated into the top station of the Col Margherita cable car which leaves from Passo San Pellegrino (Moena–TN), is surrounded by a unique natural amphitheater: from the south wall of the Marmolada, to Mount Pelmo, from the majesty of the Civetta up to the Pale di Saint martin.

The proposal, explains the chef, focuses on genuine dishes conceived and cooked by the young resident chef Gianluca Pittigher with responsibilities that go beyond appearances as an end in itself or the more obvious aspects of tradition to concentrate instead with a fresh and curious look on the good .

We observe the seasons conscientiously, we are committed to making the raw materials travel as little as possible

Marco Donazzolo, restaurant manager, has also developed the same thought for drinks, treasuring the synergy born with the chef, thus creating an offer consistent with the cooking philosophy and with the identity of the refuge. Marco has chosen wines mainly from artisan winemakers, local beers, distillates of the Alpine tradition, only Italian, and nectars from the Alfio Ghezzi Anthology line.