Dining with the Stars: a refined summertime at Grand Hotel San Pietro

Four starred Chefs, four evenings, one passion: the Beauty. The stunning terrace at Grand Hotel San Pietro in Taormina is the frame of a unique voyage in the world of Taste and ts stars. Dining with the Stars – this is the name of the four special evenings from June to September – invites to discover the colours and the scents of the Itallian tradition, renovating it through the chefs’ creativity.

The first dialogue is on the 22nd of June with Tony Lo Coco, Chef of “I Pupi” in Bagheria. Deep in love with all the Sicilian flavours, he got the Michelin Star just 5 years after the beginning of his adventure. His cuisine reminds at the same time the sea and the countryside, merging memories of his childhood with new influences.

On the 27th of July Vincenzo Candiano, Chef of “La Locanda Don Serafino” in Ragusa Ibla, 2 Michelin Stars will be at the Grand Hotel San Pietro. His dishes are traditional in their ingredients with raw materials coming from the territory nearby and contemporary in the presentation.

Another night of the stars is on the 10th of August, when a lively and colourful dinner will take place thanks to Paolo Cappuccio’s creativity, Executive Chef of John Stube in Folgaria, 1 Michelin star. Cappuccio has brought the Meditaerranean flair of his native city, Neaples, to the North, shaping a balanced and refined cuisine not to be missed.

On the 4th of September Pasquale Palamaro, Executive Chef of “Indaco” Restaurant at Hotel Regina Isabella in Ischia, 1 Michelin star, will close the loop. Drawing inspiration from the sea, he carefully selects vegetables of his own garden to highlight the elegance hidden even in the smallest detail.

The stunning framework of Grand Hotel San Pietro is located in a breathtaking location in front of the Etna Volcano: Dining with the Stars is a real experience where the Food excellence is mixed with the Beauty of the Naxos bay in the perfect venue of the Giardino degli Ulivi Restaurant. 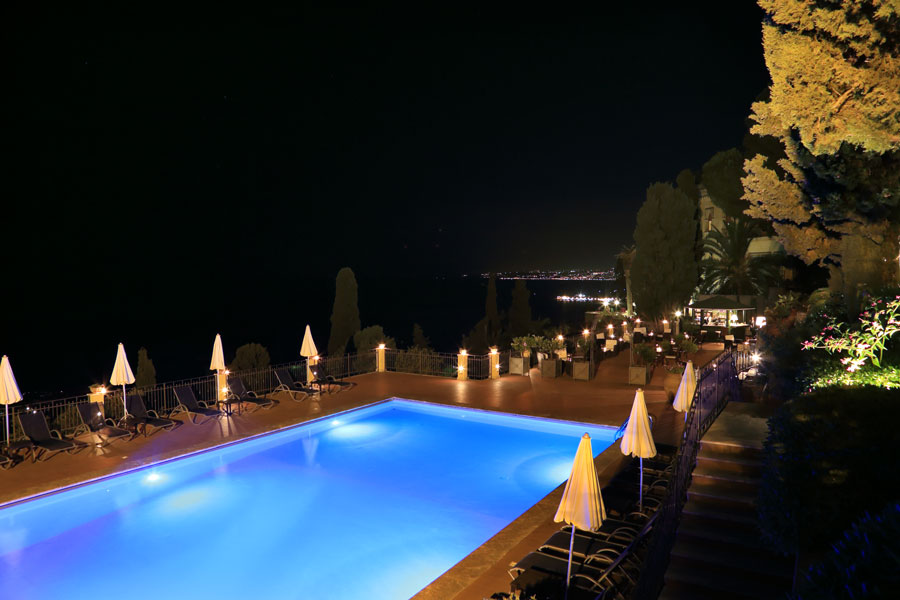