Doha, on the future tree where fruits are surprises

Do not think about the stereotype which western people have about arabic world. for example, the capital of Qatar will surprise you with its cultural activities, with its information system, with a rotation of international events that make Doha an hub and a bridge world.

You arrive at the airport with your flight, the luxorious Qatar Airways’ Boeing. The Doha Airport is perhaps not as futuristic as you imagined it, or rather note that it is also a bit small. But then, what you probably do not know, is that in April a new one was opened and the hub of the ten companies operating in Doha gradually are moved to the futuristic International Airport Hamad, whose look was inspired by an oasis of wilderness: many of its buildings are characterized by motifs inspired by water, such as roofs remind to the waves and are decorated with desert plants, that are irrigated by a complex system of recycled water. 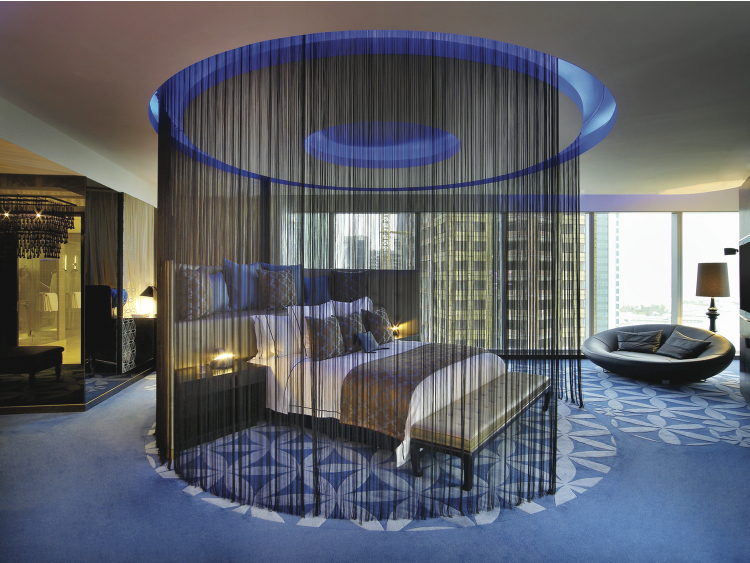 However, on board of a luxurious limousine, you will reach the W Doha Hotel & Residences, a five-star complex of about 250 Euros per night. You enter in WDH through a beautiful entrance, covered by a vault which is all lit up at night. It’s quite close to the sea and

not far from the Conference Center. Go up to the twelfth floor, where you booked your Cool Corner Suite (ones on the tenth floor rooms are quieter). From there you can also enjoy an impressive view of the sea. Of course between the seductive spa, lap pool, the

delights offered by three restaurants and a bar-café, you would be tempted to stay and enjoy your suite and everything else, but you haven’t certainly made five and a half hours flight from Italy for that. Doha is a city full of attractions and above all with a mix

of activities that are not only those that normally seduce tourists, which in this case perhaps a tourist is not, or at least not in the traditional sense of the term. It’s in fact the modern Arab culture that may come as a surprise and an attraction. If you aren’t only attracted by the luxury or the futuristic architectural and urban solutions which you have admired in the ten miles between the airport from the hotel, then you are in the right place and that place is called ad-Dawha. 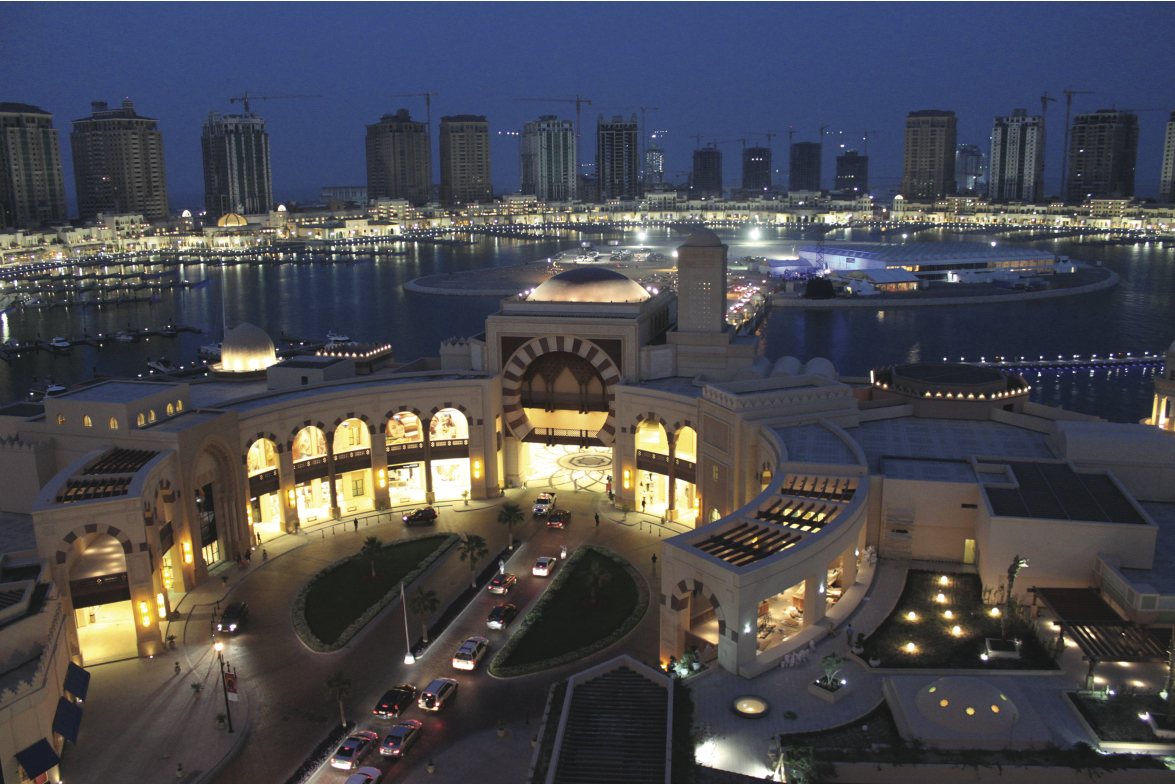 It is the “big tree”, as stated in the Arabic language. It is Dhoa, the capital of Qatar. A modern focus of information, culture, research and innovation, also in the business area. A technological metropolis, projected into the future, and not only in appearance but also in its deepest vocation: to be the nerve center of a series of events around the world. This is whirling and cosmopolitan air that you breathe in the capital of Qatar, which, if you did not know, is the HQ of Al Jazeera (the first and most important Arab television station), home to the Education City (a center with campuses, research institutions and innovation centers), which is the place where every year the prestigious WISE (World Innovation Summit for Education) takes place. What’s more, if you do not stay here at the right time, you might not know that the exchange of culture, art and sport between Qatar and Italy is not certainly marginal. To give just a few examples, from 1st to 6th December our Giffoni Film Festival participated all’Ajyal Youth Film Festival, curated by the Doha Film Institute. For the second year in a row, the boys of Giffoni will manage the laboratories for each competency, training the staff of the youth of Qatar.

And then there’s the sport. In fact the game for the award of the Super Cup 2014, XXVII edition of the trophy, will be held right here at the Al-Sadd Jassim Bin Hamad Stadium. But sport is also internationally. 2015 will open with the ATP tennis tournament in Doha,

the next January 5th the big stars of the racket, as Rafa Nadal, Djokovic, Berdych and Gasquet, will be played victory. That will not remove the obligation to look around and shopping sprees in nearby destinations, such as the State Grand Mosque, the impressive structure of the largest mosque in the Qatar, able to hold up to two hundred thousand people in prayer. You get to the amazing area called Film City, place to take memorable photos, a desert with the particular natural sculptures that look like large mushrooms. 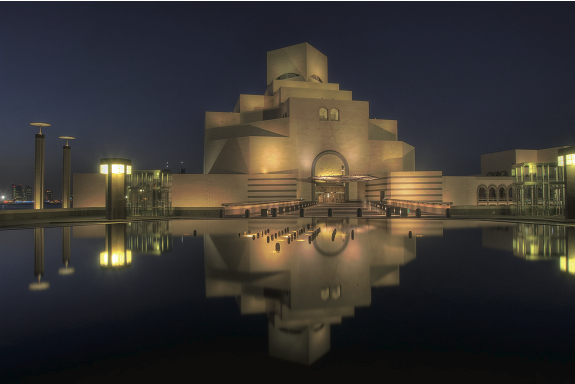 And yet the Museum of Islamic Art, an exhibition accessible from the Corniche Street, where you can admire antiques, manuscripts, weapons and other interesting historical sites in the Arab world. We end this brief set of proposals with Katara, a beautiful corner of Doha, close to the beach, where you can enjoy a few hours of its many restaurants, a playground and sports to children, spaces for cultural activities and last but not least, a traditional mosque (Masjid) in Qatar.

And if, during your stay through the modern streets of Doha, you come across a strange building, take a right at your first impression … yes, that’s just a Christian church, The Church of Our Lady of the Rosary, built in 2008. And if you happen to see women behind the wheel, remember that here the gentler sex can get license. And again, if you hear them talk about politics you must not be surprised, in Qatar women vote since 1997. So a demonstration of how the interplay between the wealth provided by oil and Muslim culture can give birth to a modern conception of life and activities of a metropolis. Doha is ever more destined to conquer the international limelight thanks to its innovative solutions, its initiatives, its events that will make it a center of growing interest, intended to attract an ever-increasing flow of tourists and visitors.