Aneri, family of artists with an international touch

Prosecco, Amarone and the other oenological delights tastefully and lovingly produced by Giancarlo and his family take the excellence of products labelled Made in Italy to the tables of the world’s greatest personages.

And of all those who appreciate the good life. 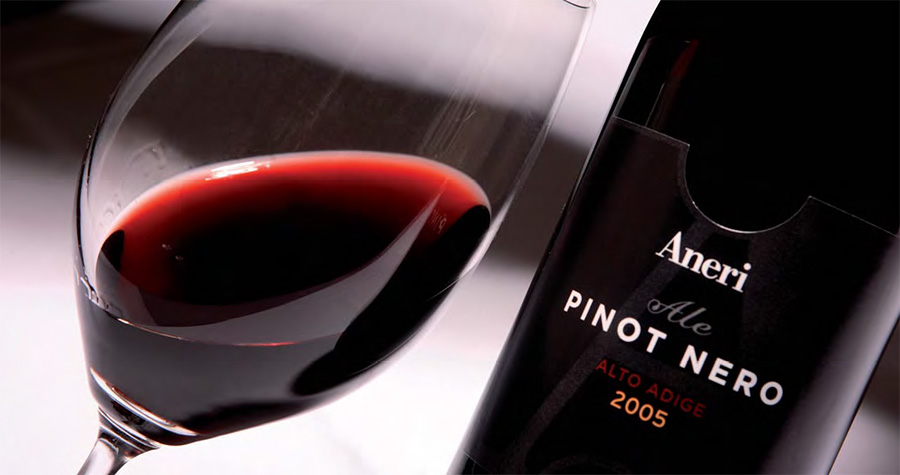 Good wine comes in small barrels, as the saying goes. Nothing could be truer if we objectively analyze the reasons behind the extraordinary success achieved by Aneri wines on international markets. An entrepreneurial family from Verona which disdains record-breaking contests based on large volumes but focuses all of its efforts on quality excellence. An excellence based on wines that are typically Italian but of great international prestige (hence its Prosecco that is strictly D.O.C.G. and its Amarone), produced from the best grapes that are selected and blended with passion and care, true to the tradition of family expertise. All of which is characterized by the maximum transparency: so each wine is accompanied by a proper identity card which, alongside the name of the wine-producing firm, also specifies the grape varietals used and the relative percentages and quantities produced that year.

However, it is only when tasted that Aneri wines express their uniqueness, the strength of which consists in fragrances and flavours of rare intensity but of amazingly well-balanced aroma and taste. This is why the bottles signed by Giancarlo Aneri, his wife Leda, their children Stella and Alessandro and their granddaughter Lucrezia have become a permanent presence on the tables of the world’s greatest names: to celebrate his first election as President of the United States, Barack Obama invited his wife Michelle to the “La Spiaggia” restaurant in Chicago and toasted with a bottle of Prosecco Aneri. Seven years ago, Giorgio Napolitano did likewise with a bottle offered by the unforgettable Enzo Biagi. At the G8 meeting in L’Aquila, world leaders received a personalized Magnum of Amarone 2003 as a gift, and when the European Constitution was signed in Rome, a Magnum of Amarone was offered to the twenty-seven Heads of State and Government. Vladimir Putin, on the other hand, was sent a whole case of Amarone Stella Aneri by Silvio Berlusconi, to whom the Russian President’s appreciation of this wine by the Veronese producer during his visit to Italy had not gone unnoticed. Amarone and coffee (another speciality of the Aneri family, together with wine, oil and balsamic vinegar) also for Bush senior, Bill Clinton and other VIP guests of Colin Powell at the “Four Seasons” restaurant in New York (see menu photos). The latest success, in strict chronological order, dates back to the recent Olympic games in London, when prime minister David Cameron opened the doors of Downing Street to 120 exclusive guests, whose meal was accompanied by Prosecco Aneri, Alto Adige Leda D.O.C. and Pinot nero Ale D.O.C. (the same wine also served on Air Dolomiti flights).

Another success story of the Aneri family wines is revealed to visitors only when they set foot inside the cellars where the forty-eight kegs of “personalized” Amarone are stored and aged. These are the production lots reserved by Costa Crociere and restaurants such as “Cracco” in Milan, the “San Pietro” in New York, the “Stresa” in Paris and the “L’Anima” in London, along with other loyal customers of the firm. Well, alongside the names of the most prestigious restaurants and international hotels, there is also that of an unknown Algerian citizen who, after having tasted the Amarone Stella Aneri on board the Costa Crociere liners, reserved an entire keg for his own consumption (133 bottles). As Giancarlo Aneri, founder and chairman of the famous wine-producing firm, states with satisfaction: «Our wines are not only appreciated by VIPs but by all those people in the world who like to live well».

It is no coincidence that one of the next objectives in the sights of the Aneri family is that of penetrating the Chinese market.

“But this is no reason for us to change our step by step philosophy, by which we win over one customer after another, by focusing exclusively on quality.” Get the message?