It was Giannino Bindi, originally from Pisa, who first opened the restaurant in Milan known as Giannino. Way back in 1899, when the capital of Lombardy was on its way to becoming one of the iconic cities of Italy and the world over, the Milan S.p.A. football club was also founded; universally known as Milan, it is one of the most title winning teams of all times.

Giannino Bindi introduced Milan to the flavours of his native Tuscany and, in a short time, his restaurant became a landmark for the wealthy Milanese middle classes. The restaurant was originally located in Via Sciesa, but today it is close to Piazza della Repubblica in Via Vittor Pisani.

Down through the years, Giannino has become a favourite venue for the gatherings of international celebrities, such as Barcelona’s forward, Lionel Messi, a friend of Lorenzo Tonetti, the present owner. Very much at home here are the players and management of Milan, such as Mario Balotelli, David Beckam, Kakà, Paolo Maldini and the CEO, Adriano Galliani, also because one of the rooms in the restaurant is dedicated to the Red and Black Club and is hung with pictures of the finest moments in its history.

Elegant and spacious, the restaurant offers four dining rooms and as many as two gardens, one of which is a winter garden. We have asked Lorenzo Tonetti to tell us what dishes he likes to tempt his illustrious guests with: “Our menu comprises the various specialities of Lombardy, such as various types of risotto, thick veal cutlets, but also the better known dishes of Italian and Mediterranean cuisine.

In our establishment it is possible to enjoy the best of regional fare, revisited in a modern key and prepared by our star chefs, Michele Blasi and Andrea Brambilla.

It goes without saying that our bread and pasta are strictly homemade, just like our desserts: drop-shaped profiteroles filled with Chantilly cream, little apple tarts with cream of calvados, deliciously thin puff pastry horns, to mention but a few”. 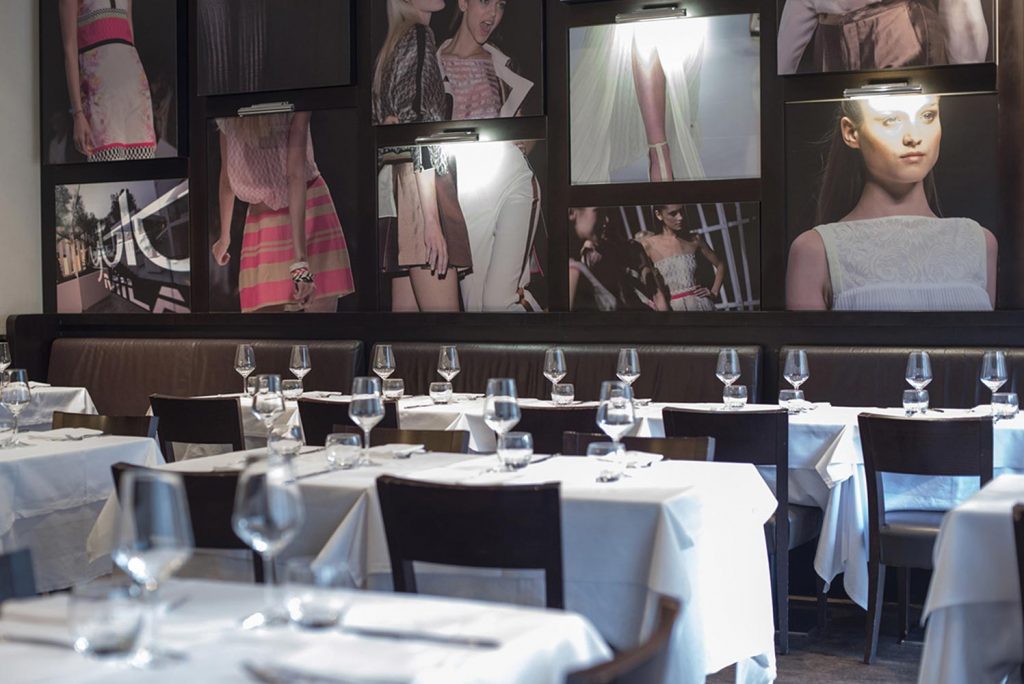 “And what do you accompany such delicacies with?”

“With excellent wines from our cellar, which is well supplied with the best national and international labels”.

“So, the ideal place for a delicious dinner …”

“Yes, it is very important for us not only to offer our guests exquisite food, but also to receive them in a manner that is impeccable and convivial, in other words, the sort of welcome one might receive in the home of lifelong friends”.