Davide Oldani: A Chef at Harvard

“Example is the highest form of teaching”

Davide Oldani, excellence chef and owner of the restaurant D’O in San Pietro all’Olmo in Cornaredo, near Milan, studied under the exceptional Gualtiero Marchesi, Albert Roux and Alain Ducasse.

Immediately after finishing hospitality school, Oldani traveled the world trying to steal the trade from those who had more experience than him. After observing and taking stock of what he learned, he returned to Cornaredo to open a restaurant that reflected his many skills acquired. 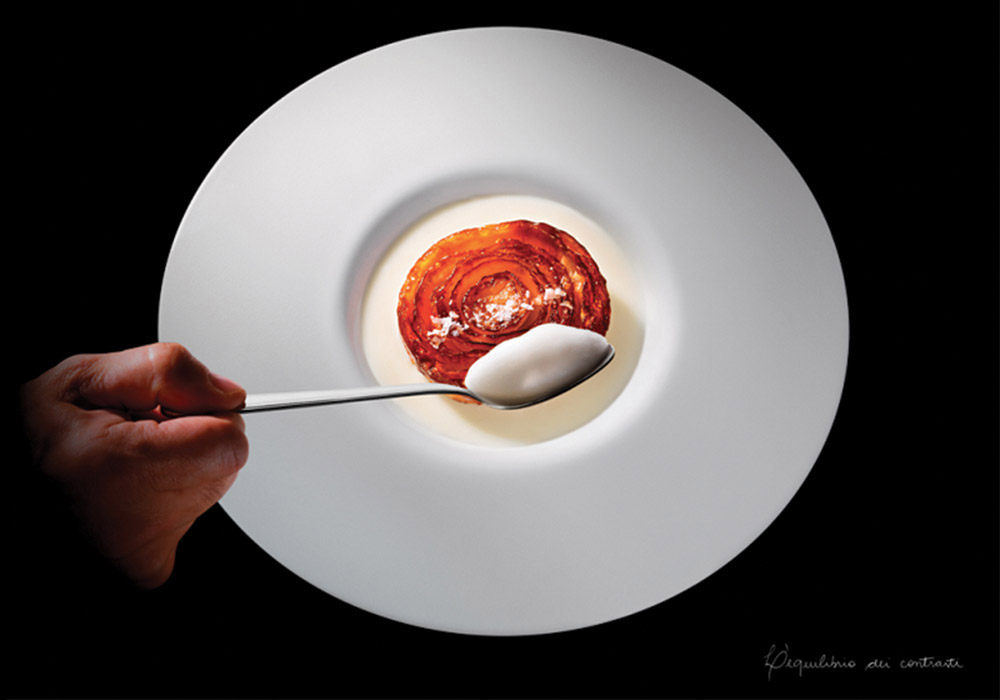 In 2003 D’O was born, a restaurant that breathes Oldani’s philosophy: a short name, a well-recognized brand, affordable due to the wise use of seasonal products, a very good relationship with its collaborators, the ability to make guests feel at home and simple elegance, the result of careful research for the preparation of his tables.

It is fair to say that it’s a recipe that earned him an invitation to Harvard, one of the most prestigious universities in the world, just to give a lecture on business strategy.

It’s a prestigious recognition to go along with his star in the excellence Michelin Guide (2004), the Golden Ambrogino Award he received in 2008, the television shows in which he participated – The Cooking on Real Time and The Chef on La5, a cooking talent show where he is a judge with his friend Filippo La Mantia – as well as his last book, CheFacile, published by Mondadori.

On October 23rd he celebrated the 10-year anniversary of his restaurant, where he continues to offer extraordinary traditional dishes such as a delicious risotto “alla Milanese”, a superb creamed legume soup and delicious caramelized onions, all topped off with the skillful taste of an exceptional chef: Davide Oldani.