Nearly thirty years ago, in 1986, one of the fathers of nouvelle cuisine, Belgian chef Pierre Romeyer, Paul Because, and master Gualtiero Marchesi founded an association aimed at protecting the variety of European foods and dishes against standardization that would detract from the cuisines of the Union as a whole. 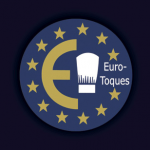 Thus, Euro-Toques International was born: the only association of chefs that is recognized and approved by the European Union, consisting of twenty-eight member countries plus Turkey, and more than three thousand member chefs. For Expo 2015, against the marvelous backdrop of the recently renovated Relais Villa Lario on the banks of Lake Como, Euro-Toques International will be ready to dazzle heads of state, members of royal families, and important figures who will have the opportunity to sample creations from Michelin starred chefs, who will take turns representing their home European country. The events will also be open to anyone who wants to sample elite dishes that celebrate the spirit of the Association, devoted to solidarity and sharing. The President of Euro-Toques International is Italian chef Enrico Derflingher from Lecco.

Derflingher was elected in Campione d’Italia on January 12th, during the General Assembly of Euro-Toques International. Many renowned chefs attended the gala evening organized as part of the assembly, and they engaged in an impressive debate on excellence of European cuisine, offering over 400 select guests an evening of unforgettable flavors. This honor will continue to be extended to all ‘Excellence World’ members, since the new luxury center (www.excellenceworld.luxury) will boast the collaboration of the best international chefs associated with Euro-Toques, giving its members the chance to organize exclusive and unforgettable events. At the end of the evening in Campione, all guests were offered a complimentary copy of ‘Excellence Magazine’, one of the evening’s partners.

At just 27 years of age, the new president of Euro-Toques, Enrico Derflingher, was the personal chef to the British Royal Family, and then in 1991, was also White House chef, serving George Bush senior. He has also cooked for the official Olympic Opening Ceremonies in Beijing and London. The countless awards and important acknowledgments he has earned have cemented Derflingher as one of the world’s finest chefs. Thanks to Enrico Derflingher and his prestigious colleagues, Relais Villa Lario will serve as the temple in which innovation and culinary technique of the highest order will take shape, an umpteenth feather in the cap during Milan EXPO 2015.