The past year has been frustrating for travel enthusiasts – cancelled flights, swab tests and quarantines, the fear of falling sick while on the go. Shall we then just forget about one of the pleasures of life until more peaceful times come?

KELONY®, the First Risk-Rating Agency, has addressed the doubts of all travelers wishing to keep going around without a care by proposing tourist destinations that have been assessed through the innovative Science of Risk.

The main goal is to provide useful information to bring people to their initial physical, mental and digital condition – a parameter that can be also applied to workers moving and travelling on business, which their employers are responsible for. In details, KELONY® can calculate risk through non-probabilistic, more accurate tools to create strategies and operational means for protecting people’s lives that can be applied to all situations and organizations. The new Science of Risk developed by KELONY® can be used to evaluate the risk level of any asset, even single countries.

In order to identify the safest travel destinations, the KELONY® Risk-Rating scale was used, ranging from a maximum “A” level to a minimum “E” one. The rating is based on evaluations of parameters like the air pollution index, the criminality index, and the overall performances of the countries’ healthcare systems, specifically their capacity to provide for and assist their citizens and tourists alike.

After analyzing the Northern European countries, KELONY® is now on to reassure sun and sea lovers by evaluating countries on the Mediterranean coast, so as to establish the safest, most attractive tourist destinations, especially in such a complicated year with so many variables. It should be noted, however, that any trend, even well-intentioned ones like decarbonization at all costs, could represent a turning point and lead to a negative outlook.

With a B++ KELONY® Risk-Rating value, Spain nurtures all Life First Companies™’ values. The country has a high quality of life Index for its optimal weather conditions, good healthcare system and low pollution levels, in addition to its warm people.

Spain is rich in history and culture, and flaunts over 45 Unesco World Heritage sites, plus immaterial assets like flamenco, Andalusia’s Mediterranean diet and Cordoba’s Courtyards Festival in May, which awards the city’s best decorated gardens and celebrates the role of courtyards as intercultural gathering places. 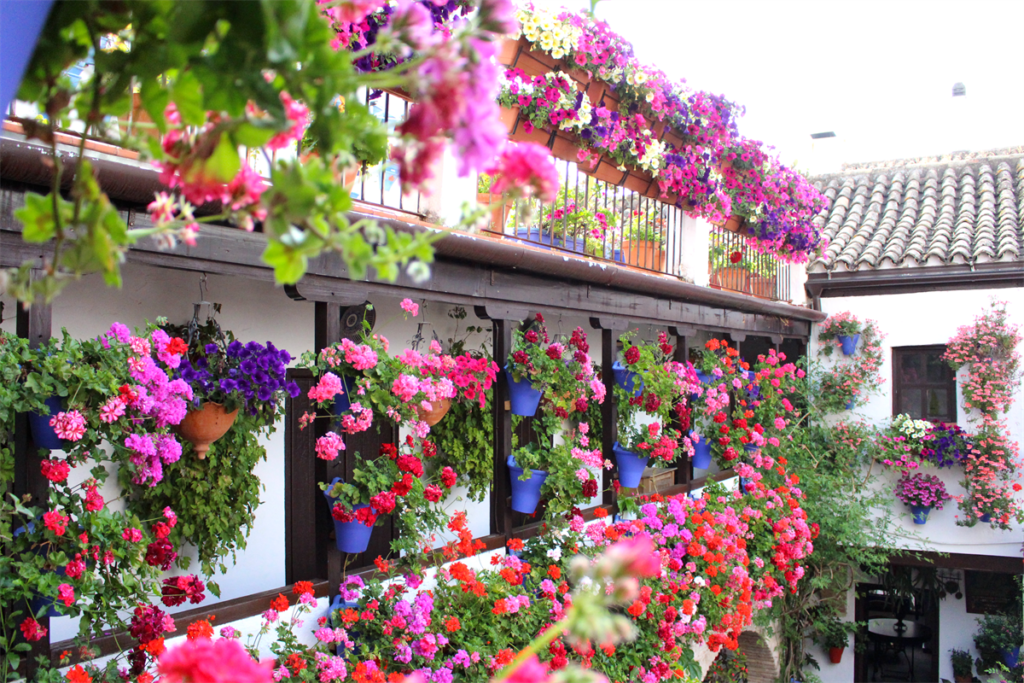 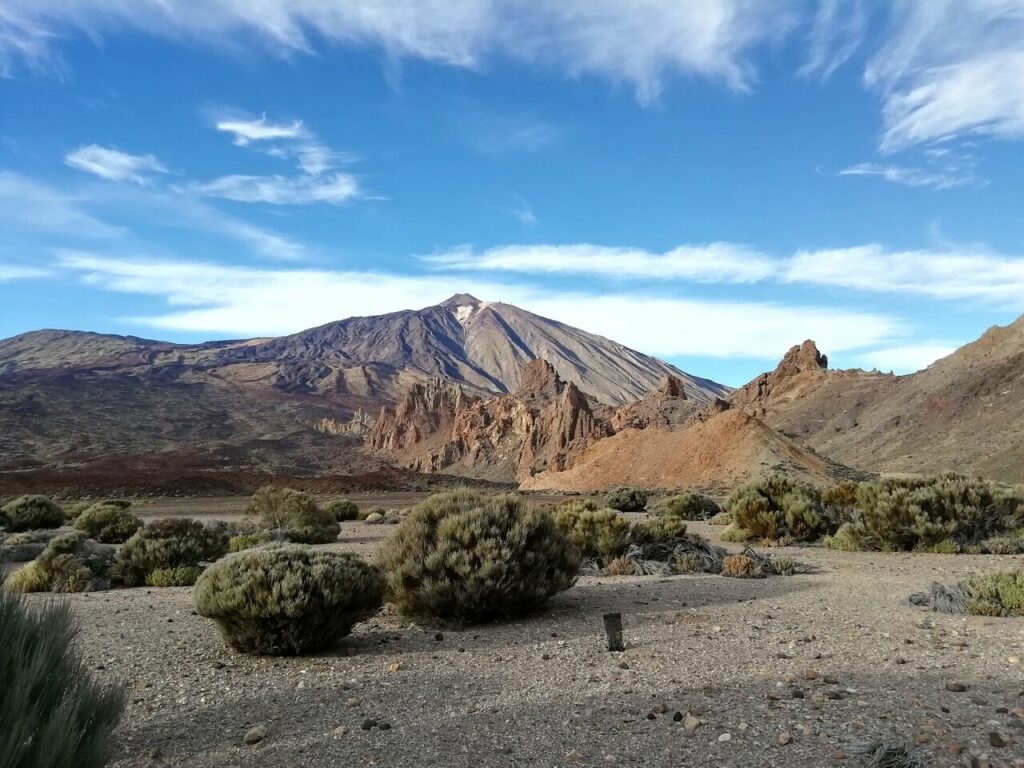 These parks have obtained the European Charter for Sustainable Tourism (ECST) for natural areas, and are serviced by organizations committed to protecting the environment and its ecosystems. Spain’s Canary Islands also include El Hierro, the first fully self-sufficient island in the world relying on renewable energies.

Spain stands out for its relaxed lifestyle, a lively night life and world-renowned traditional festivals. It is also the ideal destination for anyone looking for a seaside holiday, but can equally offer cultural or religious destinations, like the famous Camino de Santiago or so-called Don Quixote Route, for retracing the steps of the knight-errant from La Mancha.

To calculate the country’s risk rating, KELONY® has also considered that Spain’s criminality index is especially low, just like its air pollution index.

The healthcare system guarantees global coverage, with no extra charges for patients except minimum expenses for medical prescriptions. Spain also invests 10% of its GDP in healthcare, and its healthcare system ranks 6th in Europe for number of doctors (around 4 every 1,000 people).

The state of emergency declared by Spain in late October ended on May 9, and the government has not hinted at extending it so far.

Equaling Spain according to the KELONY® Risk-Rating scale, France has a B++ risk rating value.

A fascinating country, France is best known for its Art de Vivre, a lavish cultural heritage inherited from a noble past that makes this country unique in the world. It is no coincidence that France has been the most visited country in terms of foreign tourists for 37 years, and the same applies to Paris, the first tourist destination in terms of arrivals and visits to the Eiffel Tower for 75 years. 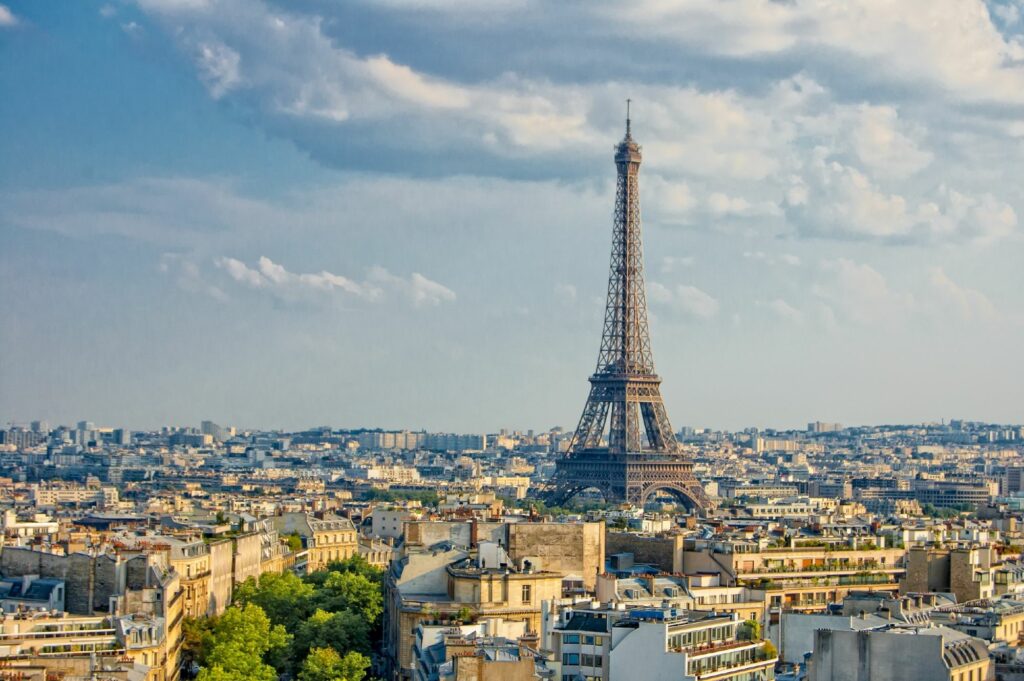 However, there is more to France than its capital. The country should be experienced by strolling through the Burgundy and Champagne vineyards, splashing in the crystal clear sea waters of Porquerolles, gazing in awe at the magnificent Loire castles, or breathing in the scents from Provence’s lavender fields. 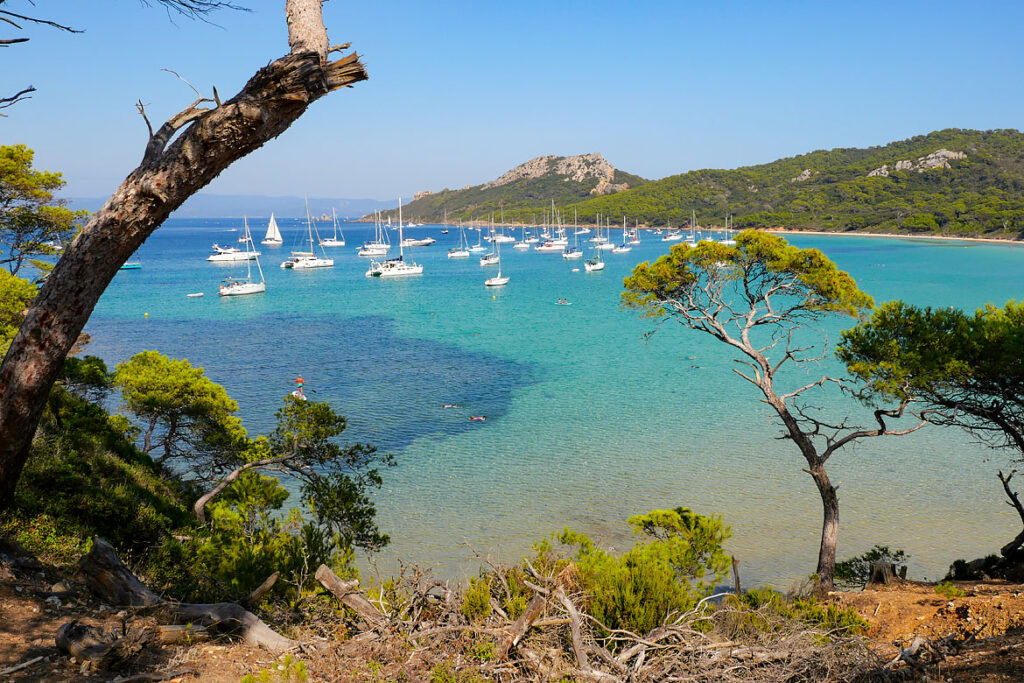 France includes 10 national parks and additional fairytale-like green areas, like the Forêt de Brocéliande, where King Arthur was born according to the legend. 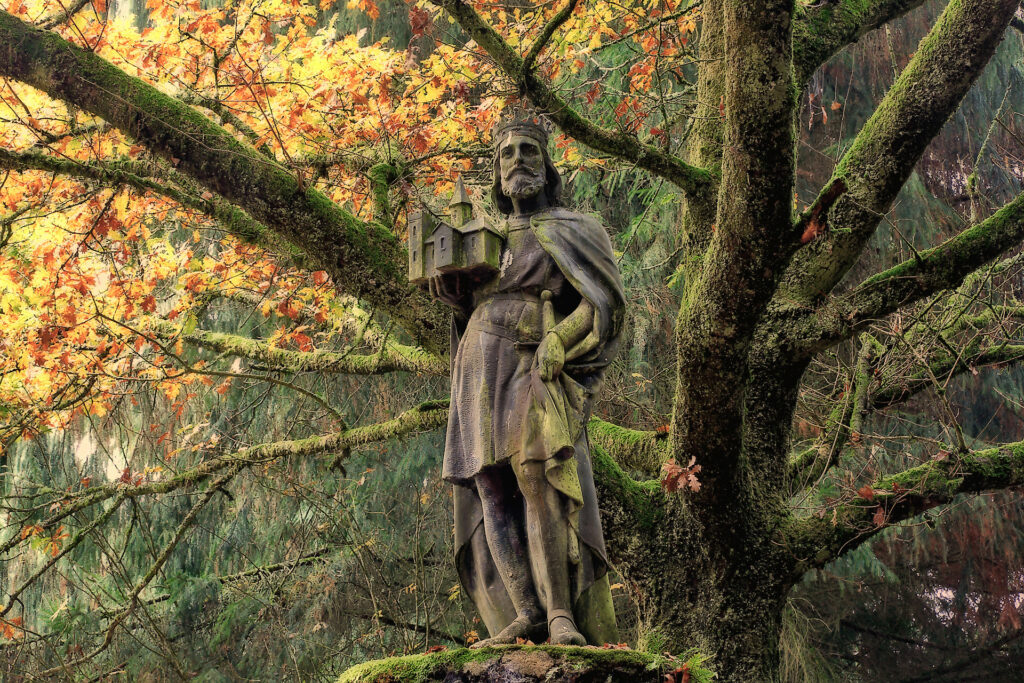 These places are ideal for several outdoor activities like hiking, especially the Canal du Midi path, an over 250-kilometer-long cycling tour, or the Camargue region, definitely to be explored on horseback or on animal-drawn carriages. 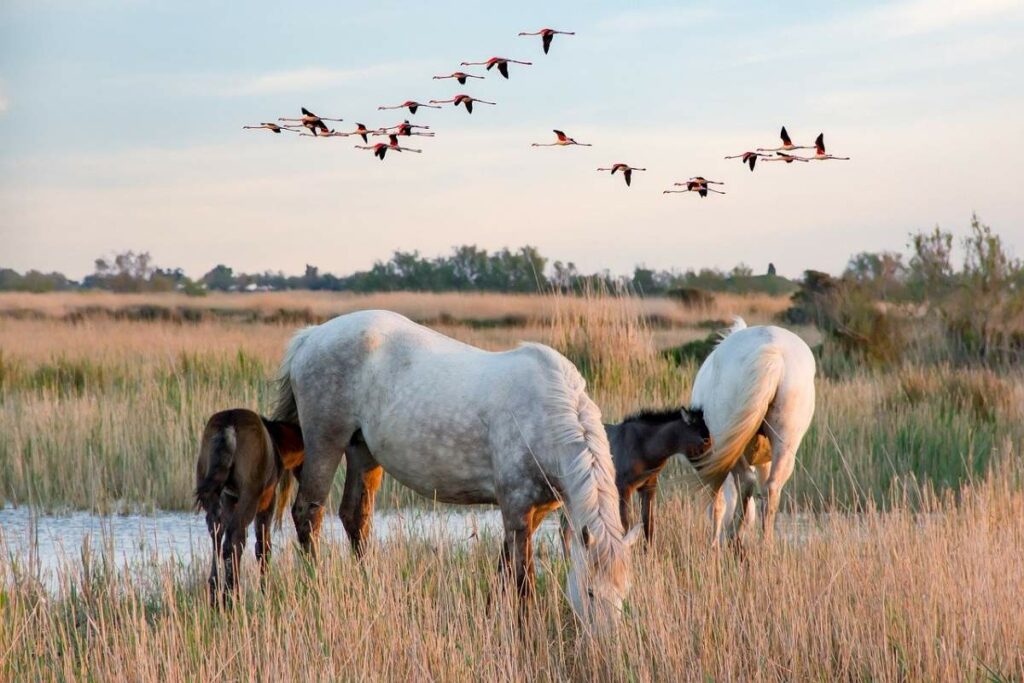 France is also internationally renowned for its food and wine local products, which will soon be in the spotlight in the Food & Wine Valley, a new slow-food tourist destination that will be launched in May 2021 to promote the richness of the Dijon and Marseille areas. This will be an opportunity to taste traditional dishes, like bœuf bourguignon and coq au vin; visitors with a sweet tooth will have a chance to stop by a pastry shop for a delicious crispy croissant or a colorful macaroon. Politeness is extremely valued in France: at the Miniature Café Syrah in Paris, for example, your coffee will cost more if you forget to say “S’il vous plait” (“please”) when asking for it.

France also hosts folkloristic festivals renowned all over the world, like the Lemon Festival in Menton, where temporary lemon sculptures over 10 meter high decorate the city, or the Nice Carnival, one of the three most famous carnivals in the world, together with Rio’s and Venice’s.

The low criminality index and the low air pollution index contribute to the B++ rating calculated by KELONY® for France.

European citizens in France can receive healthcare treatments if in possession of their Health Insurance Card. Should they not have it on them, however, almost every pharmacy delivers free, quick Covid swab tests; filling in a form with your personal data is all it takes to receive it.

For what concerns Covid-19 specifically, in the month of May some retail businesses and cultural sites will start to reopen.

The last destination in the Mediterranean region with a B++ KELONY® Risk-Rating value is Cyprus.

Cyprus is third biggest island in Europe, with 2/3 of it occupied by the Republic of Cyprus and the remaining 1/3 by the Turkish Republic of  Northern Cyprus (although the latter has never been recognized by international governing bodies so far).

Everything is contrasting in Cyprus. The Greek south of the country is thriving, whereas the Turkish north is underpopulated; the south is a sought-after tourist destination, while the north is mainly rural. Being so remote and isolated, the north of the island is still as pristine as the Cyprus that Lawrence Durrell described in his Bitter Lemons.

Today, Cyprus still remains a corner of the Mediterranean that has not been compromised by tourism – an idyllic place rich in history, churches and centuries-old monasteries, generous nature and endless shores where the loggerhead sea turtles hatch. It is no surprise that as the myth goes, Venus was born right on this island, from the waters of the Akamas peninsula. 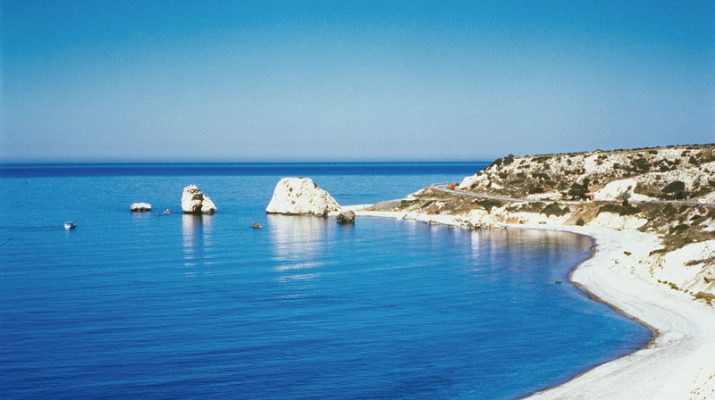 Cyprus also houses remarkable archaeological sites, like Kourion, an ancient Roman theater perfectly preserved where Greek tragedies are still played, or the aristocratic villas in Pafos, decorated by some of the finest mosaics in the whole Eastern Mediterranean region. 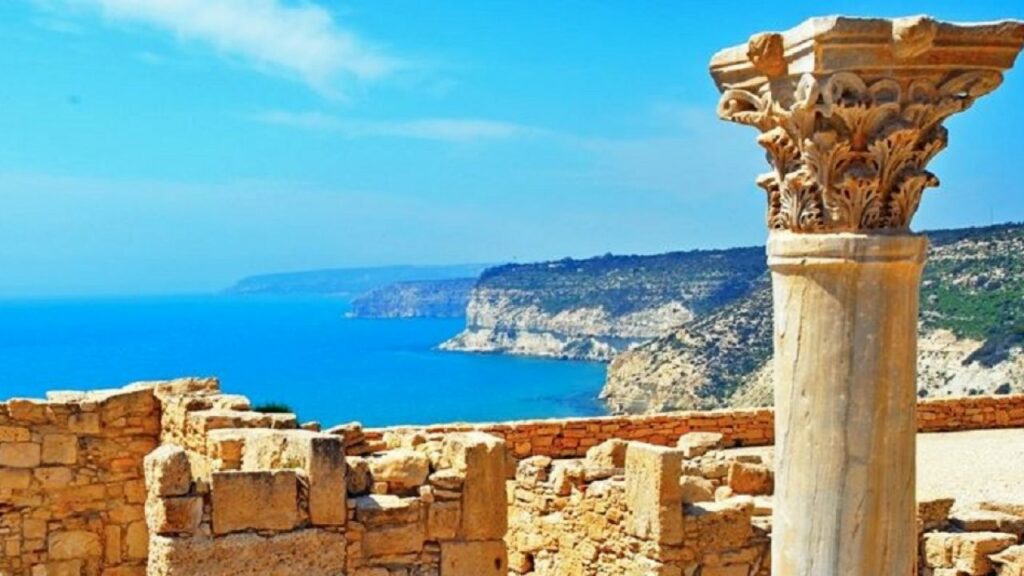 In the central region of the island, the famous frescoed churches – many of which are featured in the UNESCO World Heritage – preserve marvelous pieces of Byzantine art. 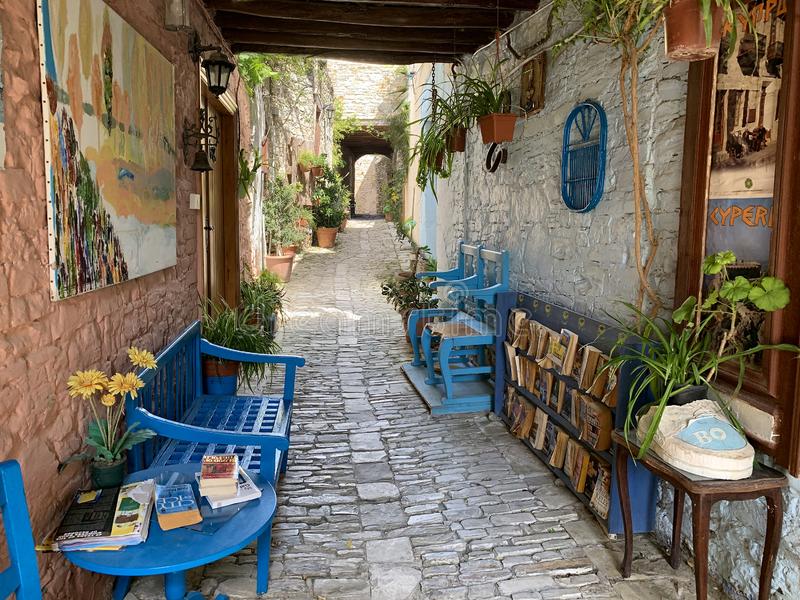 Another gem of Cyprus’s is Lefkara, a gracious village with little red-roofed villas, colorful doors and terraces covered in vines and flowers, where women still hand-sew fine laces. In August, this lovely village holds a famous wine festival – a wine exhibition including tastings from the local vineyards that comes along with traditional dances and music going on all night, while the smell of simmering meat fills the air.

Another attraction of Cyprus’s is its local cuisine, wisely blending Middle-Eastern flavors with Greek and Mediterranean dishes in tasty preparations like stifado, a rabbit stew with sweet notes coming from the meat, cooked with cinnamon sticks, cloves or wine.

The air pollution index in Cyprus is rather low, just like the criminality index.

On the island, medical treatments and assistance are delivered free of charge to tourists at the first aid departments of healthcare premises and public hospitals. Healthcare regulators are constantly adopting measures to ensure public safety and contain the spread of Covid 19 in Cyprus.

As per the safety parameters related to eliminating risk, booking holidays has been especially difficult in the past year.

Spain, France and Cyprus are more than charming countries that especially value and respect their natural beauties. They have also been focusing on social issues, putting their own citizens and tourists first. They are real Life First Nations!

KELONY® has opted for recommending these countries as tourist destinations with travelers’ safety in mind, after evaluating their stability in terms of risk in all its aspects through the KELONY® Risk-Rating scale and the new Science of Risk.