The Sorrento Peninsula, a sacred land full of beauty

The entire Sorrento-Amalfi coast, including the Sentiero degli Dei (Path of the Gods), which starts in Agerola (Bomerano) and extends to Positano and Punta Campanella, dominated by Monte San Costanzo and crowned by the ruins of the Temple of Athena founded by a wandering Ulysses, is profoundly imbued with sanctity, in the most profound sense of classical antiquity and Greco-Roman mythology. There isn’t an inch of this beautiful land which isn’t nourished by spirituality and which hasn’t taken on other-worldly meaning in relation to the divine beings which have inhabited – and which still inhabit – it.

If the goddess Athena ruled from her temple at the tip of the Sorrento Peninsula, before this rocky extension of awe-inspiring nature plunged into the Celestine blue waters of the sea only to re-emerge as Cypris Venus, in the naturalistic enchantment of Capri, her complementary deity, the goddess Minerva, ruled the entry to the coastline, on the border between Vico Equense and the Sorrentine “plains”, with her equally majestic temple, surrounded by peaceful olive groves adored by a goddess who had forcefully sprung forth from the head of Jupiter (Zeus). A sanctuary adorned with votive bonfires lit by the ancient inhabitants of Sorrento, and the inspiration, for them, of the goddess’s heroic virtues: loyalty, wisdom, courage, battle for just causes and strategies to defend her devotees! Inhabitants of farming villages which sprung up along the slopes of the mountain, near the source of the Petrale or along the grey tuff esplanade, which opened up from Scutolo towards the plain. Ingenious builders, along with the Greek and later Roman settlers, of terraces along the sides of the hill, bolstered by tuff walls, where they could carve out plots of land to be assigned to different crops suited to the environment. Faithful custodians of the strategic course of Via Minervia, which descended from the outskirts of Alberi, crossing villages and making it possible for Augustus and his successor, Tiberius, to send imperial orders to Rome via swift overland couriers and to receive news from the Senate without having to leave their beloved Island of Capri or renounce the “otia” of their splendid isle abodes (Gardens of Augustus, Villa Jovis, Villa Damecuta, Palazzo a Mare) and the maritime villas of Sorrento. The goddess Minerva appeared to the natives adorned with her aegis and spear, a teacher of useful arts, based on architecture, mathematics, geometry and naval engineering.  How many trade secrets did the goddess of useful arts inspire and transmit to the shipyards of Marina di Alimuri in Meta, Marina di Cassano in Piano, and Marina Grande in Sorrento, to the skilled craftsmen who built sailing ships with their bare hands (the masters of the axe and the saw, carpenters, caulkers, the “artisans of the sea”, destined to assemble rigging) and to the skilled labourers who participated indirectly, strewn throughout the territory (the craftsmen busy producing sails, ropes, and barrels)?

The Sorrento Peninsula, a fruitful land kissed by the smile of Demeter, the mother goddess, the deity of the fertility of the earth who presided over agriculture, who kept watch over the serene work of farmers, helping them and easing their toil with her wise teachings.

The Sorrento Peninsula, a marine-scented land, under the rule of Poseidon-Neptune, the god of the sea, the master of water and navigation, who strides solemnly with his trident, a gift from the three Cyclopes; bulls, dolphins, horses and a golden chariot that instantly calmed any storm, dear to the fishermen and sailors of long ago.

Thus, the land of Sorrento, like all the Amalfi-Sorrento coast, is sacred. It is the living theatre of divine legends: from the tale of the procession of gods who ran along the aptly-named trail towards Li Galli to help Ulysses, lured by the Sirens, to the numerous stories of celestial gods who descend to earth from Mount Olympus, and those of underwater divinities which re-emerge from the sea. The submersion and re-emersion of these deities from marine waters never took on the negative, baleful meaning of no-return. Instead, they always implied the rebirth of hope, renewal, a new start and a new life. This is why the ancient inhabitants of this sacred land never showed weakness or fear when facing the divine. When a god appeared, it set them free, made them courageous, strong and safe. This is also why the ancient Sorrentini always looked to these superior beings with respect, always treated them with friendly familiarity and always shortened the distance between earthly and otherworldly realities. This view of the sacred, in classical mythological terms, gave them an archaic understanding of the world, seen as a profound dimension of reality, which is characteristic of the people of the Sorrento Peninsula.

From ancient myths to the gastronomic delights of this land, the transition was far from immediate. Over twenty centuries have passed, but the foundations of the cuisine of Sorrento today, which includes prestigious restaurants and a dozen Michelin-starred chefs, have remained the same: love for one’s land and genuine local crops, protected from the standardisation being imposed by multinational food corporations. The philosophy behind Mediterranean cooking is thus nourished by the same roots as classicism. The undisputed founder of this gastronomic principle was and is Don Alfonso Iaccarino, with his boutique restaurant, Don Alfonso 1890, in Sant’Agata sui Due Golfi, and his family farm, Le Peracciole, perched on the slopes of Punta Campanella. Here, and nowhere else, the maestro picks the most natural of ingredients, starting with the lemons, to create recipes which are now known around the world. Italian excellence, on an international level. 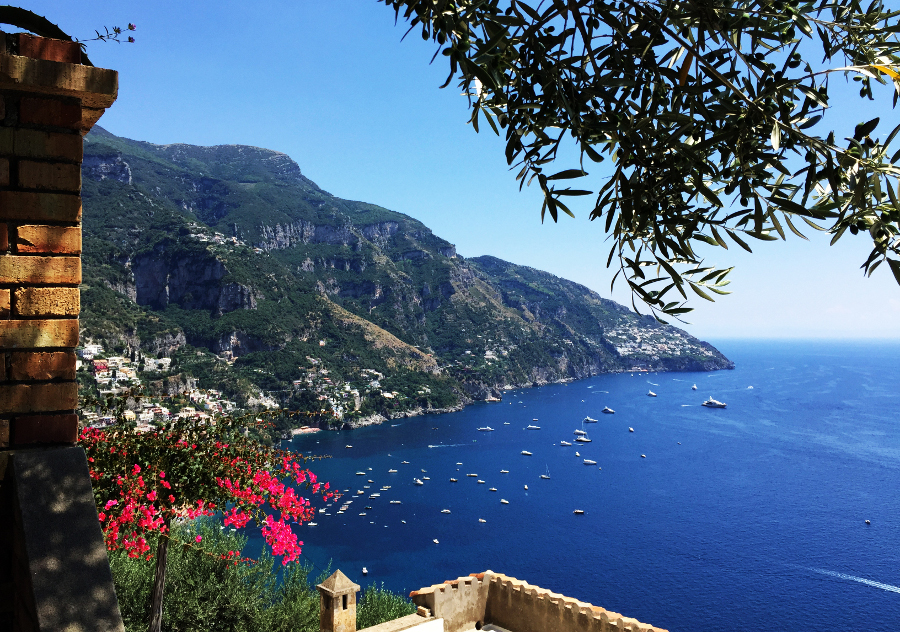