Milano Verticale opens UNA Experiences: a new concept of hospitality in the heart of Milan

UNA Experiences has recently opened to the public. A four-star superior hotel that sets itself as a new benchmark for Milanese hospitality.

The interior and exterior space architecture project was designed by the Vudafieri-Saverino Partners studio and aims to overcome the traditional concept of “hotel” by creating a space open to the city: at the same time an urban hotel, a food & beverage destination, meeting place for work, a hub of innovative services.

The hotel, located between via De Cristoforis and via Rosales, is located in the Porta Nuova – Garibaldi – Corso Como district and boasts 173 rooms, approximately 600 square meters of dining space and 1000 square meters of internal garden.

The flagship of the structure is the 530 square meter rooftop on the 13th floor, belonging to the 4 Penthouse Suites.

Luxury and exchange with the city

At the center of the project is Milan and the Milanese identity.

The interior reinterprets the tradition of “Milanese” design in a contemporary key, citing the elegant modernity of the post-war Milanese Masters. 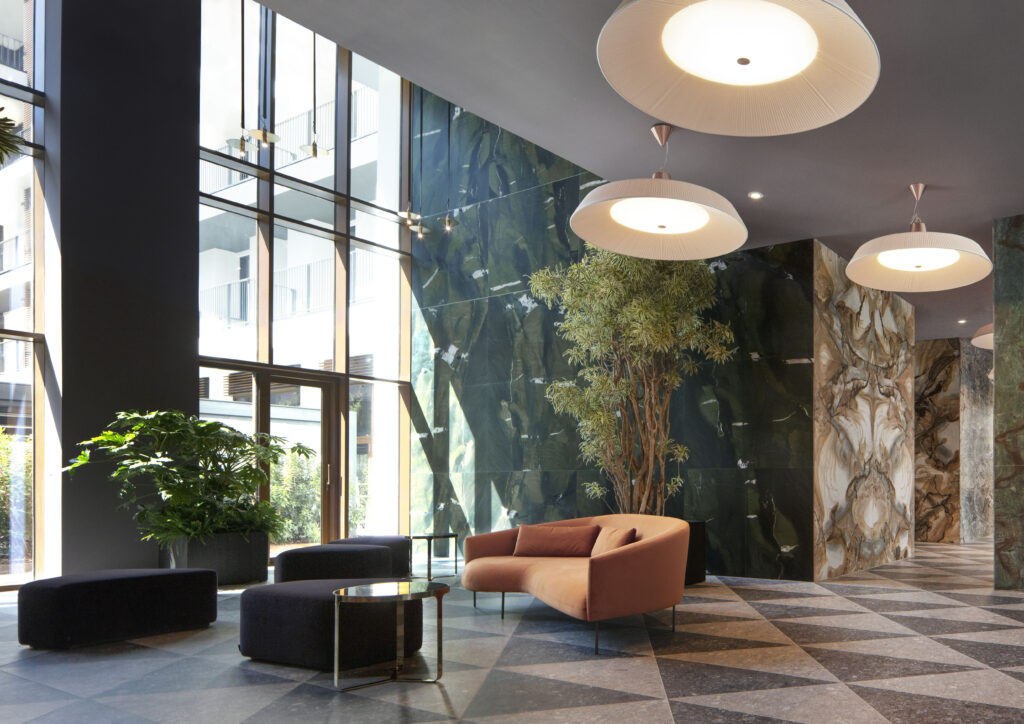 The use of polychrome marbles and the reference to the Lombard stock are a tribute to the world homeland of beautiful design and timeless modernity.

But above all Milano Verticale is an extension of the city itself, an urban device at the service of Milan, with the design of services on the ground floor that will play an active role in the dialogue with the city: public functions of the hotel.

The large internal garden and the redesign of the external square and the whole of Via Rosales have made the style of the entire neighborhood consistent.

Luxury from a sustainable point of view as regards the location; the existing building was completely renovated by the Asti Architetti studio.

The architectural design of the facades is a major redevelopment operation of the entire block.

The outdoor spaces play a very important role in the project: the surprising internal garden of over 1000 square meters offers an oasis of peace and relaxation in the heart of Milan, to be experienced at any time of the day.

The landscape project, curated by Vudafieri-Saverino Partners with P’Arcnouveau, takes up the Milanese tradition of secret courtyards, often hidden behind the sober setting of the austere noble palaces of the center.

The entire ground floor of the hotel building acts as a filter of this space, separating it physically, but not visually, from the adjacent streets, in a continuous interplay of relationships between inside and outside. From the outside, in fact, the garden is perceived as a jewel, of which the eye can only grasp a part, arousing the curiosity of passers-by.

The internal garden is already announced from the square in front of the hotel entrance, with which it has a privileged relationship. A tidy and flexible space, with large hard surfaces used as drop-offs, but suitable for transforming into outdoor exhibition spaces if necessary. Here stands a large specimen of Magnolia grandiflora preserved during the works.