Osteria Moderna in Arezzo and Umami Restaurant in Cortona: the “New Tuscan Style” by Emanuele Svetti

Modern Osteria in Arezzo and Umani Restaurant in Cortona: the “New Tuscan Style” by Emanuele Svetti.

Let’s try to go back in the years to the time when children, in the car with our families, stopped in the taverns alongside the busiest streets and ate genuine food on tables set with checkered tablecloths. 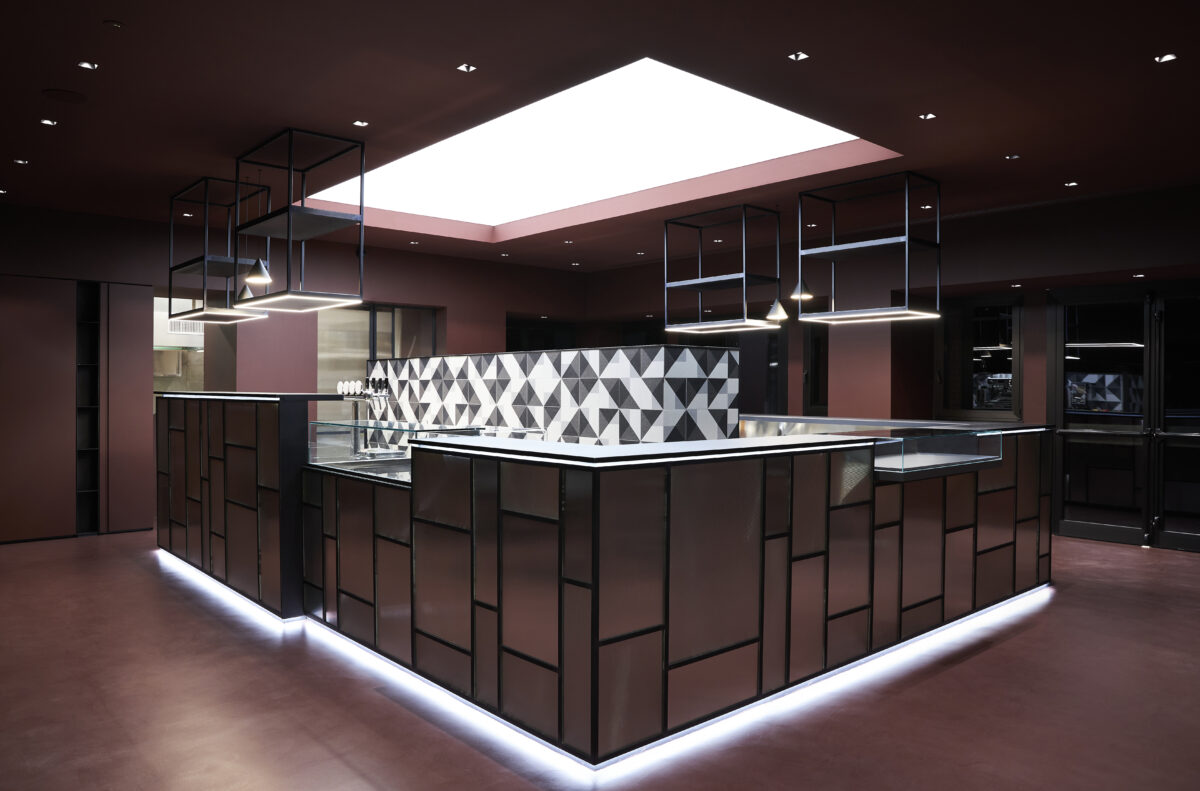 It is those smells and atmospheres that architect Svetti wanted to evoke in the reinterpretation of Osteria Moderna, at the Arezzo motorway exit.

This location is conceptually proposed as a modern tavern intended for travelers, without neglecting the opportunity that it also becomes a point of reference for a local clientele.

But how to recreate traditional atmospheres in an innovative project? How to rent traditional elements in a modern way?

In the case of Osteria Moderna, the amaranth color was the starting point, a particular shade of red, warm and enveloping, dear to the city of Arezzo.

A touch of red has more effect than a bucket of water, Matisse loved to remember

red attracts, in some way “attacks”, in a nutshell it is the best that exists, to communicate visually, red is the color energy, but also that of the wine so dear to my land, is power and emotion; it is no coincidence that it is also one of the most loved colors in Arezzo.

From this point of view, color had a dual function: to create a more harmonious environment and, at the same time, to modulate the light in the various phases of the day to give space to an extremely relaxing half-light.

In fact, the project plays on the contrasts between lights and shadows, in a “dialogue” that recalls the romanticism of the rarefied light of the candles that could be found in the country houses.

For Emanuele Svetti, luxury is expressed not only in the use of materials and in the obsessive attention to detail, but also in the careful calibration of the balance of the shadows. A luxury that is never ostentatious and that points to a timeless charm.

Sometimes it is nice to be amazed and to be inebriated by exhilarating scents, strong flavors and typical colors

and it is on this concept that the envelope of the venue was conceived. Made as if it were a continuous surface, the floor is in epoxy resin, with inserts made of decorated grit and with a Venetian terrazzo effect, which create an unconventional material-chromatic mix. 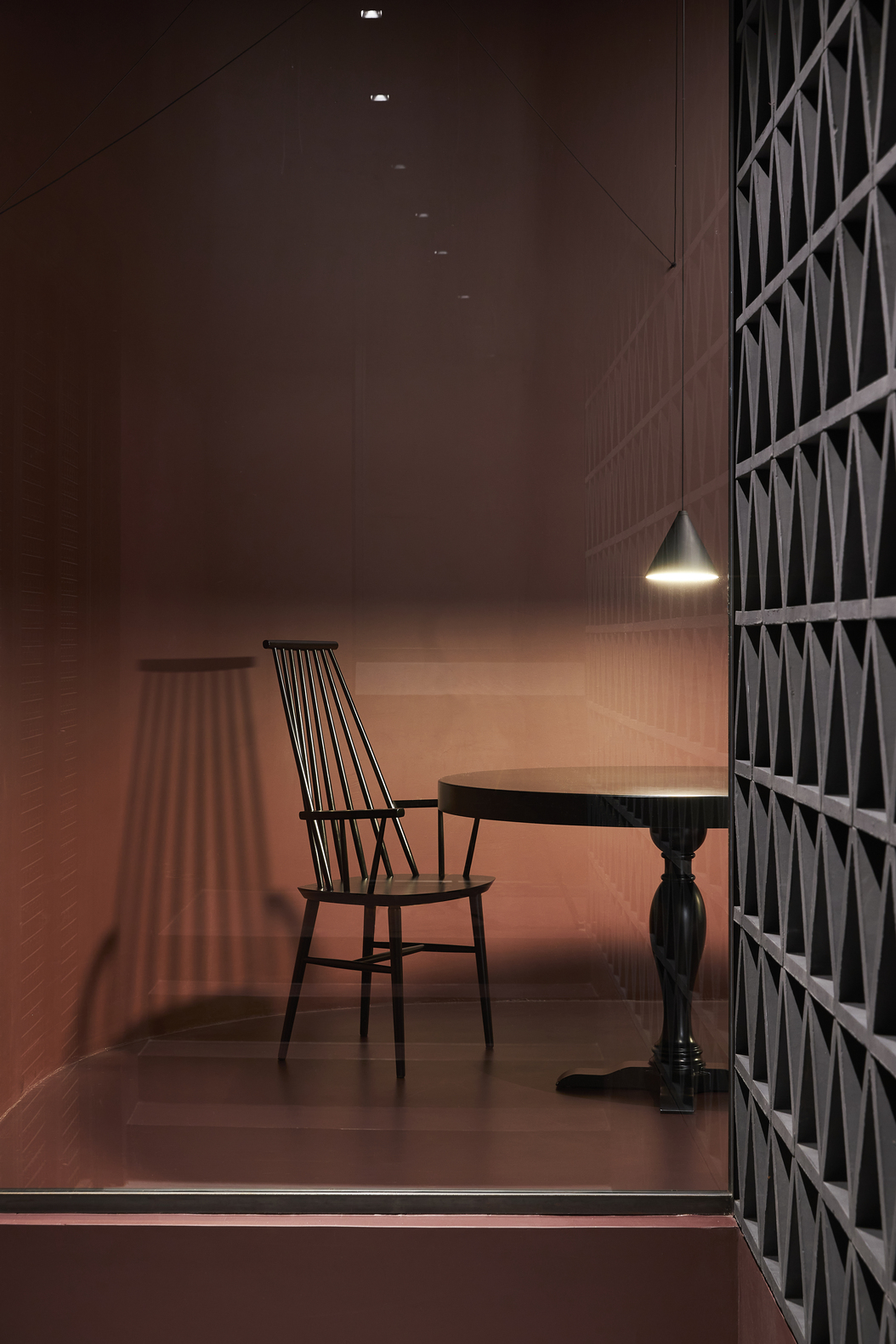 In the morphology, as in the distribution of spaces, there is a reference to the traditional tavern. As in the past, even at the Osteria Moderna, you are welcomed in the “bar” area, which acts as a filter between those who want to stop for a short break and those who are looking for a place to sit down. As was typical of taverns, the dining area was hidden from the eye of the passer-by, but above all divided from the bar area where you played cards and drank in company. In this case, the cafeteria area is the first filter, equipped with corners that guarantee comfort even for those who stop just for breakfast or a quick lunch.

Through a system of metal partitions, made according to the design of the studio, one enters the elegant and rarefied restaurant area, characterized by the uniform color of the environment on which metal elements and inserts are integrated, with a calibrated use, almost as engraved. concrete.

For the second of the experiences we want to tell you today we must let ourselves be enchanted by the oriental atmosphere of the Umami restaurant.

We are in Cortona, the birthplace of the architect Svetti, inside the Monumental Park the “Giardini del Parterre” of evident nineteenth-century origin. 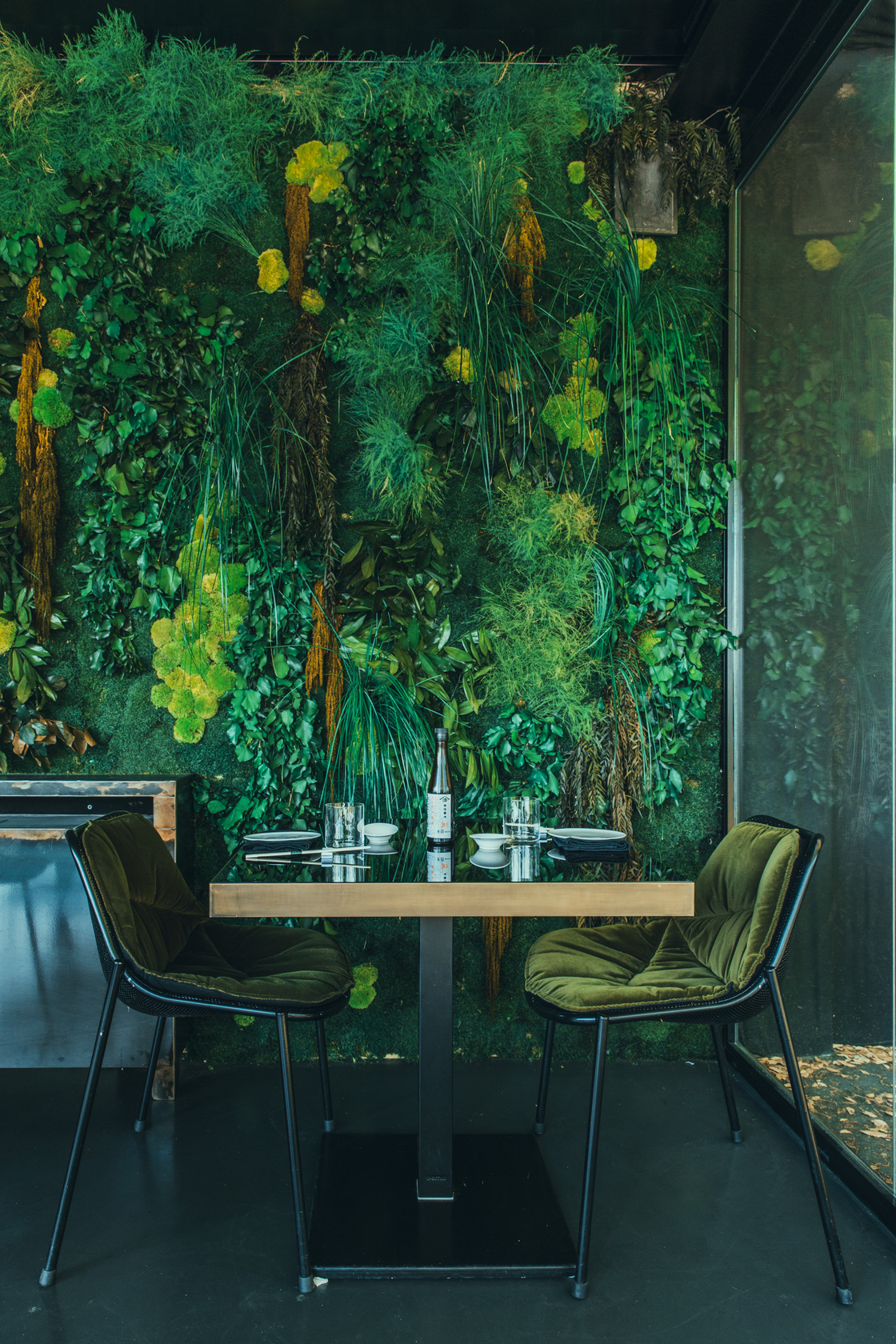 Umami in Japanese culture is the “Fifth Taste”, the most sophisticated: a starting point, but also an arrival point, in the idea of ​​Emanuele Svetti.

The challenge this time is given by combining the search for a quality fusion cuisine with a “rough” interior design, in some details sparse, but at the same time spectacular, playing on the contamination between cultures and traditions.

The designer wanted to create a comparison, to arrive at a synergy with the external environment: juxtapose the old with the new, as well as the smooth with the rough, the rural with the built, all made possible through the wise use of green walls. vertical stabilized and large windows that make the environment permeable, bright and perfectly integrated with the glaucous green of the park’s vegetation, in a “natural continuation” between the inside and outside of the building.

The restaurant, which is spread over two floors, sees on the upper floor an internal space that dialogues with the external terrace, symbolically divided by a portal covered in brass and by the greenery that covers the wall almost to symbolize the passage towards a new evolution of the interior space. And it is by entering the terrace covered by an aluminum and glass structure that the visitor can enjoy the magnificence of the view on the Valdichiana with its extraordinary beauty.

Umami Cortona is an evocative place, an example of how nature can meet architecture by creating a space fluidly permeated by art and creativity, an excellence in the Cortona restaurant scene.