It’s called Hamneskär and it’s a very small island off the Swedish coast.

About 40 minutes from the mainland, the small island was deemed uninhabitable for centuries due to frequent storms and decidedly dangerous cliffs.

Nothing is impossible: for some time now a group of courageous entrepreneurs have decided to invest precisely in this area to build an incredible luxury hotel.

Not just hotels: the structure, reachable only and only by helicopter, will also be enriched by an exclusive café and restaurant. 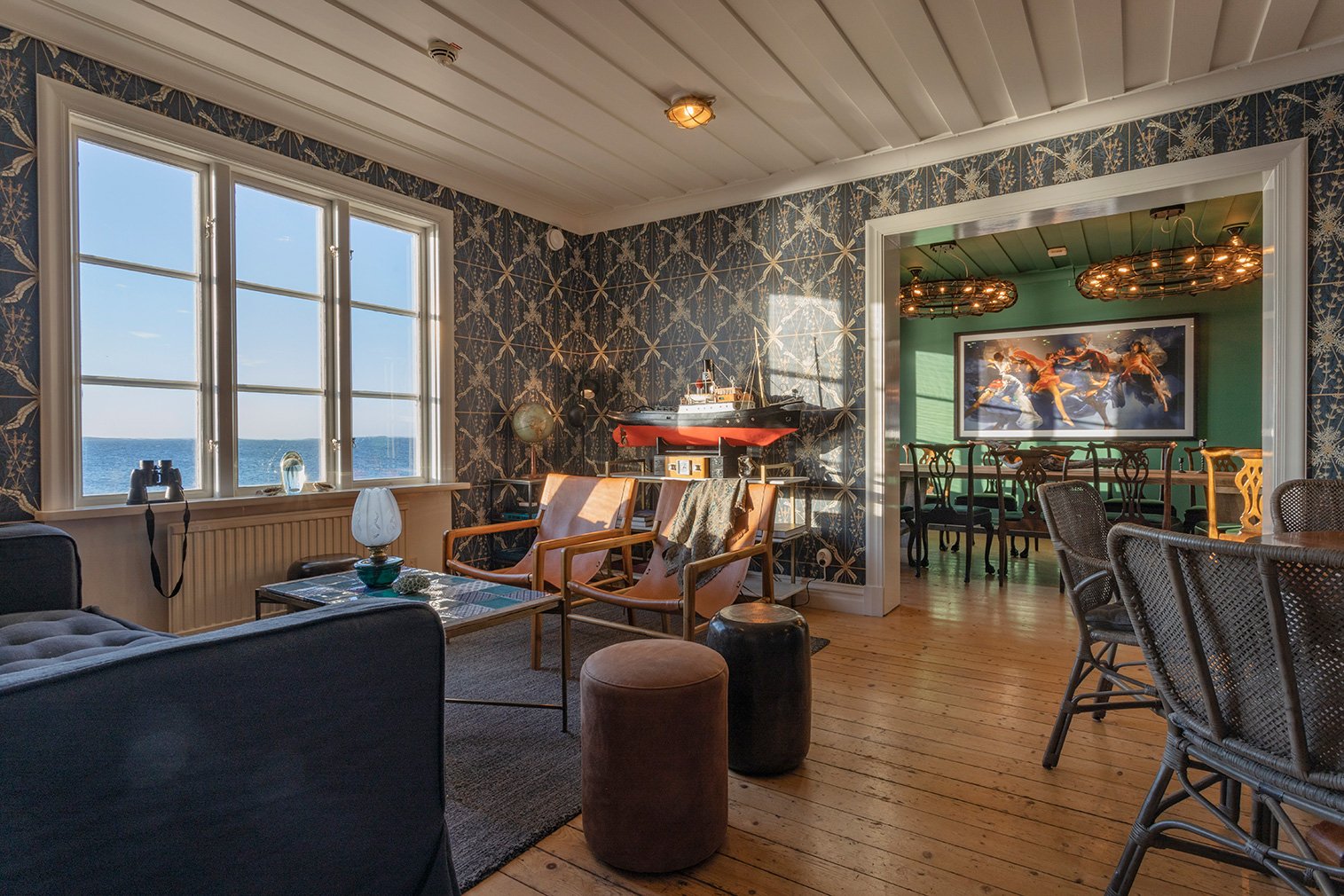 From lighthouse to luxury hotel

He appears almost suddenly and is called Pater Noster.

It is nothing more than a lighthouse built in 1868, which has made the waters of this sea safer for many years.

The brave lighthouse keepers have for years rescued the shipwrecked and took care of the lighthouse.

The families of the watchmen, the sailors and the people who were saved in those years created a real small company.

The lighthouse was automated in the 1960s and definitively decommissioned in the following decade.

In 2020 the buildings were refurbished and converted into hotels.

Behind the masterful restoration lies the Swedish design agency Stylt Stilts, which has 30 years of hotel renovation experience.

The history of the sea, the traditions and the stories of the people who lived there were studied in order to be able to recover antiques, furniture, works of art, photos, books and local vintage objects.

The result of these researches has made the rooms of the Pater Noster one of the most luxurious and exclusive hotels in the world: the rooms faithfully reflect the love for the sea and the history of this wild land.

Not only that: the cuisine of the Pater Noster is also world famous for its spectacular dishes based on seafood and fish of the highest quality.