Thanks to the project curated by the Marco Piva studio, and to the great work of the Concreta team that created all the common spaces, we can witness the rebirth of a piece of the Renaissance.

Palazzo Nani was built in 1500 to become the residence of the Nani family of the “Cannaregio” branch active in the political, social and cultural life of the Serenissima.

Already around the 80s of the same century, the building was remodeled to a design by Alessandro Vittoria, who was responsible above all for the splendid internal decoration and that of the façade overlooking the garden.

In its heyday the palace was home to a rich art collection, consisting of Roman remains, some of which are still part of the interior decorations of the palace.

From when the Nani family moved to Dorsoduro, the fast decay of the property began, which underwent serious tampering.

Converted into barracks by the Austrian army, it was later used as a school and it is precisely at this point that our story of rebirth begins. 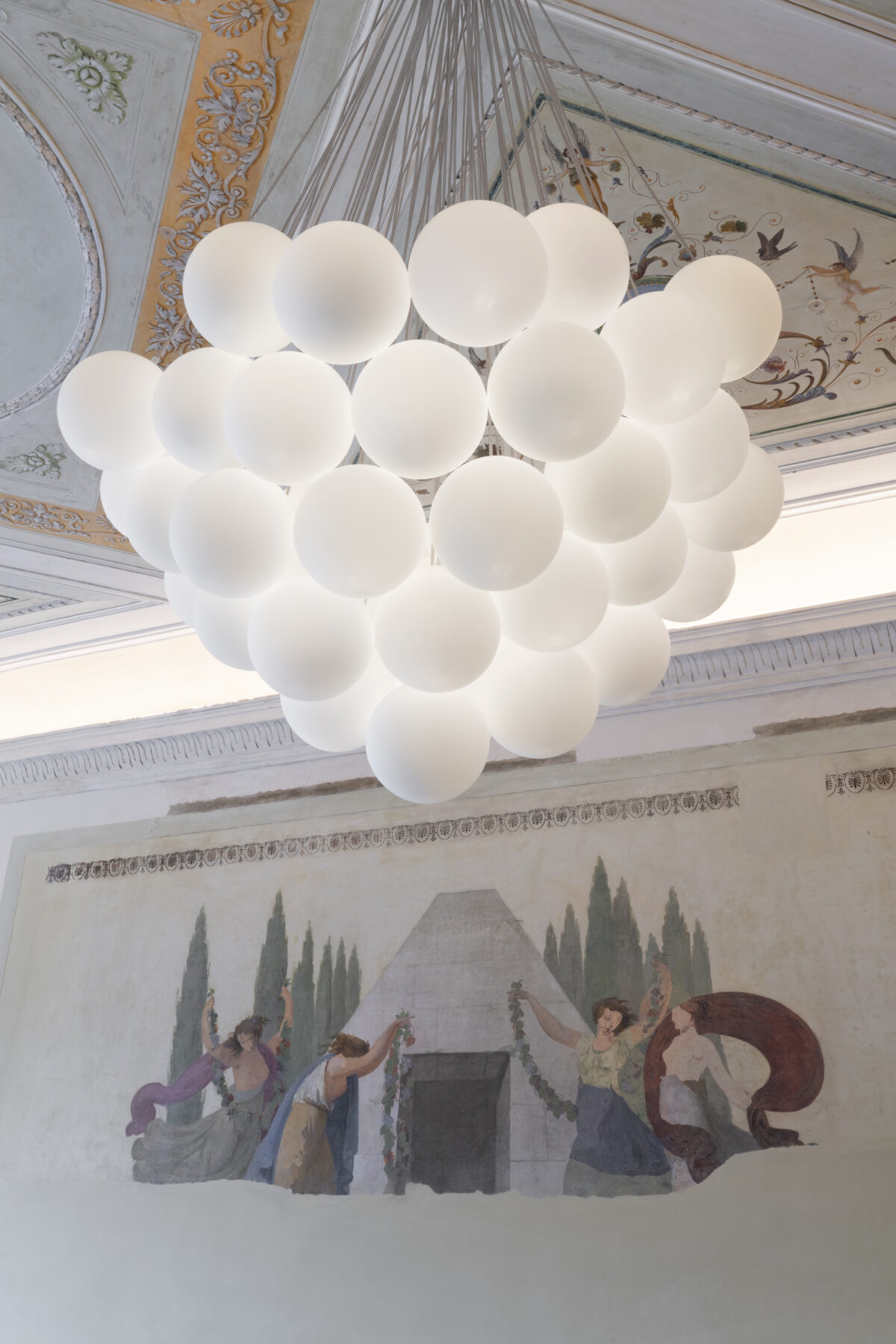 The work, whose restoration was carried out under the careful supervision, and in agreement, with the Superintendence of Fine Arts and Landscape for the Municipality of Venice, saw the collaboration of the Marco Piva studio, for the design and of Concreta l ‘leader company in the national and international field in the contract of excellence for hotels, commercial spaces and residential areas. 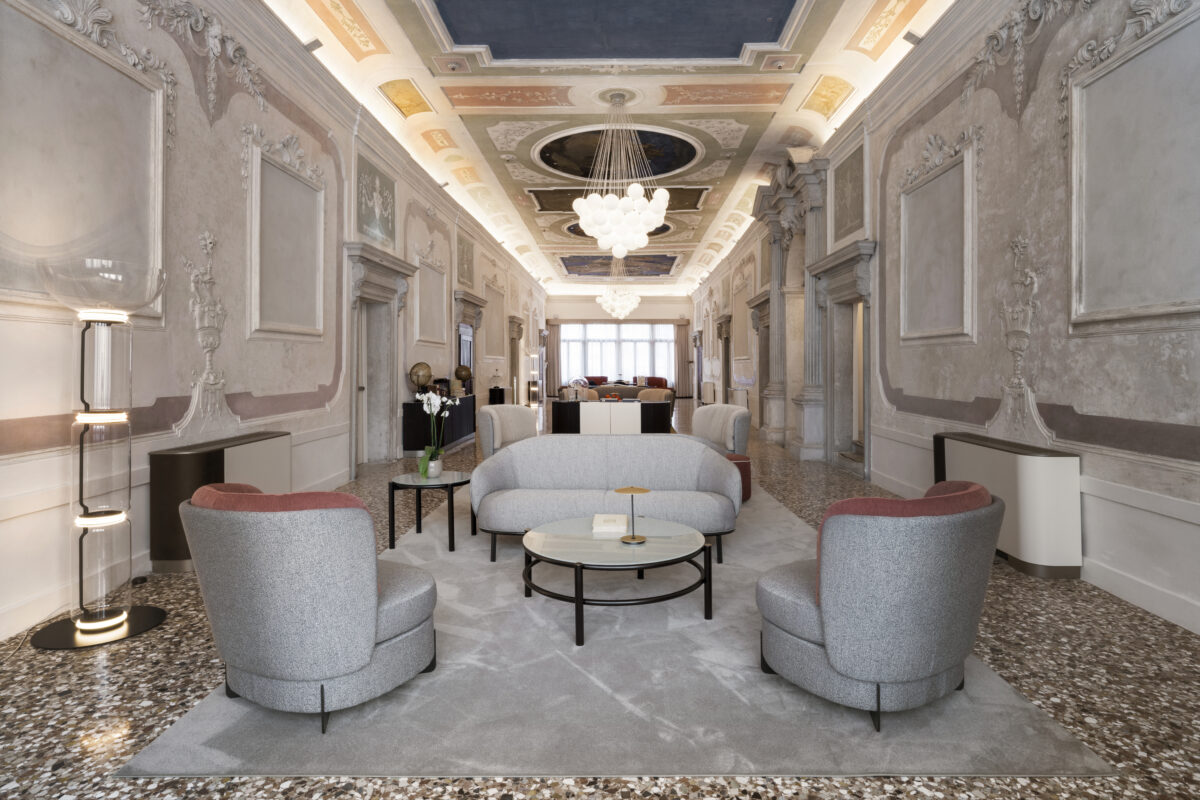 A real challenge launched, and won, by the splendid project team, thanks to the constant attention to detail and a global approach to the work, principles that characterize the work philosophy of Concreta, which has created all the common spaces, and to the ‘box-in-the-box’ furnishing concept of the Marco Piva Studio project, aimed at keeping intact the strong historical identity of the building, with an obsessive attention to the recovery of the structures, the original floors and all the frescoes, magnified with the use of light, enriching it with an elegant contemporary language. 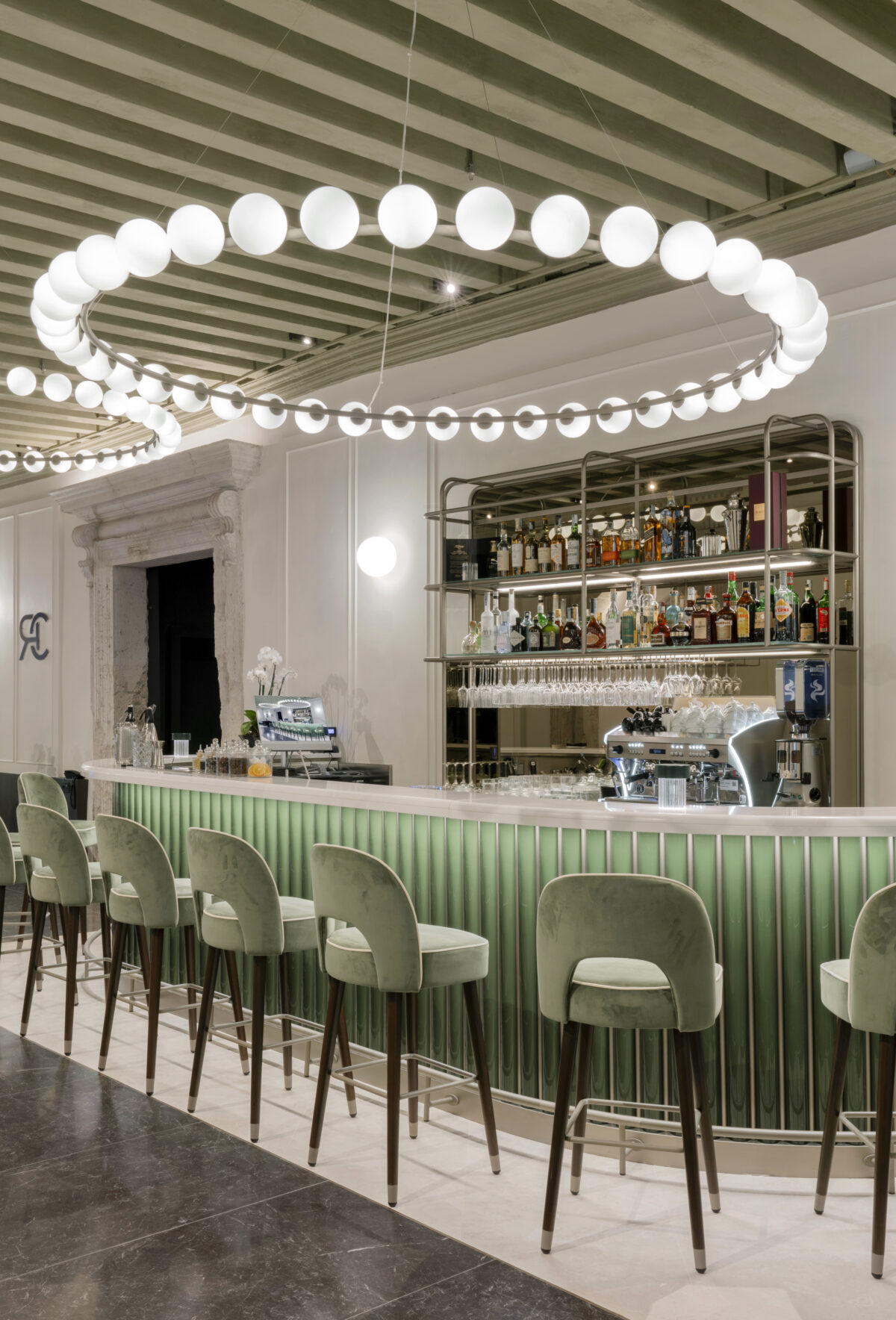 The whole project aims to welcome the guest who stays in the structure, but not only: the hotel was conceived as a place of hospitality that is not closed and exclusive but, on the contrary, open to the city and usable by those who wish to enjoy of the Restaurant, of the relaxation of the lounge bar and of the lobbies and of the enchanting ‘secret’ garden of 350 square meters.

In the green, there are sculptures, statues, benches and sofas and two large stone bathtubs recovered during the works – coming from a quarry that is no longer active – and today returned to new life.

In every detail inside the hotel there is a reference to the city of Venice, to the colors of its lagoon waters, to the opalescent reflections of the glass.

From the color palette used to the materials, from the shapes to the volumes of the accessories, everything is in a constant emotional dialogue with the territory that becomes the common thread of the whole project.

The large and bright interior spaces offer chromatic tones that recall the nuances of the frescoed ceilings, in combination with the intense colored seats.

Palazzo Nani defines “A new concept of luxury that combines history, art and design in a harmonious whole” tells us the architect. Marco Piva – “thanks to the meticulous restoration of its monumental parts, its friezes and marvelous frescoes, the Palazzo has returned to new life and will continue to pass on its intrinsic beauty also through a non-invasive but elegant and light Interior Design.