KELONY® First Risk-Rating Agency has addressed them for us all by offering destinations that have been scientifically assessed, specifically by the new Science of Risk. The main parameter that KELONY® applies is the absence of risk, i.e. a return to the psychological, physical and digital initial condition.

More specifically, KELONY® is able to calculate the risk by using non-probabilistic tools to create a winning strategy for different scenarios, both in terms of situations and organizations. This science can also be applied to single countries, which can be assessed in order to identify and solve any possible issues.

In this broad spectrum of risk, in order to advise people on their holiday choices, travel routes are also considered.

As a parameter, the KELONY® Risk-Rating scale was used, assessing destinations from a maximum “A” score to a minimum “E” score. The criminality index, air pollution index, and the overall conditions of the countries’ healthcare systems have been evaluated, the latter with regards to its ability to serve and assist local citizens and tourists alike.

The countries that obtained the best ratings include Northern European countries. These are good tourist destinations, both safe and appealing, especially in a year with so many variables. However, special attention should be paid since any trend, even well-intentioned ones like decarbonization at all costs, could represent a turning point and lead to a negative outlook. 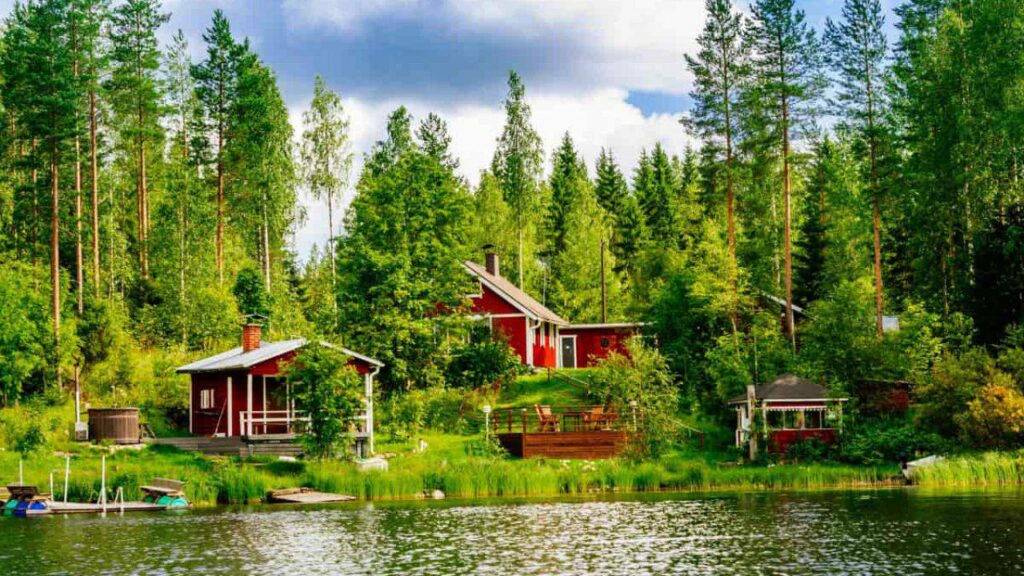 With an “A+++” KELONY® Risk-Rating, Finland meets all values of the Life First Companies™; this country works for the citizens’ well-being rather than mere GDP performance, which would appear transient if not backed up by improvements in sustainable development.

As proof of this, Lahti is considered as the “European Green Capital” because of its commitment to become carbon-neutral by 2025. Finland is one of travelers’ top destination choices, as the Italian arrivals in the country show, having constantly increased in the past few years (stays in Finland have risen by 12% since 2009). 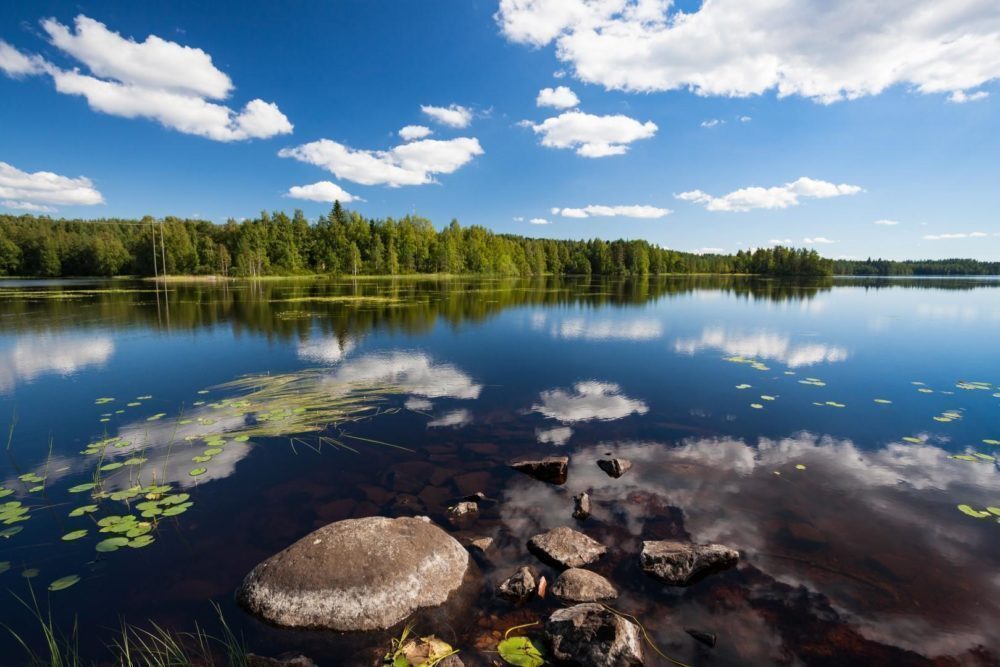 Finland stands out from other Northern European countries for being a pristine gem, an idyllic place with a welcoming people, offering various outdoor activities like winter swimming, ice climbing, fishing and skiing, which has been part of the Finnish culture since 6,000 b.C. It also stands out for its design and architecture, as well as for a unique food and wine tradition: Helsinki is home to the zero-waste restaurant “Nolla”, and Närpes offers unrivalled lunch and dinner experiences in a greenhouse known as Lind’s Kök, where the whole menu is based on tomatoes.

Finland is one of the seven Arctic countries, and has many contrasts, such as the midnight sun in summer and the northern lights in winter. This luxuriant land is covered by forests for 70%, and counts the highest number of lakes in the world, for an overall surface equaling the size of Belgium. 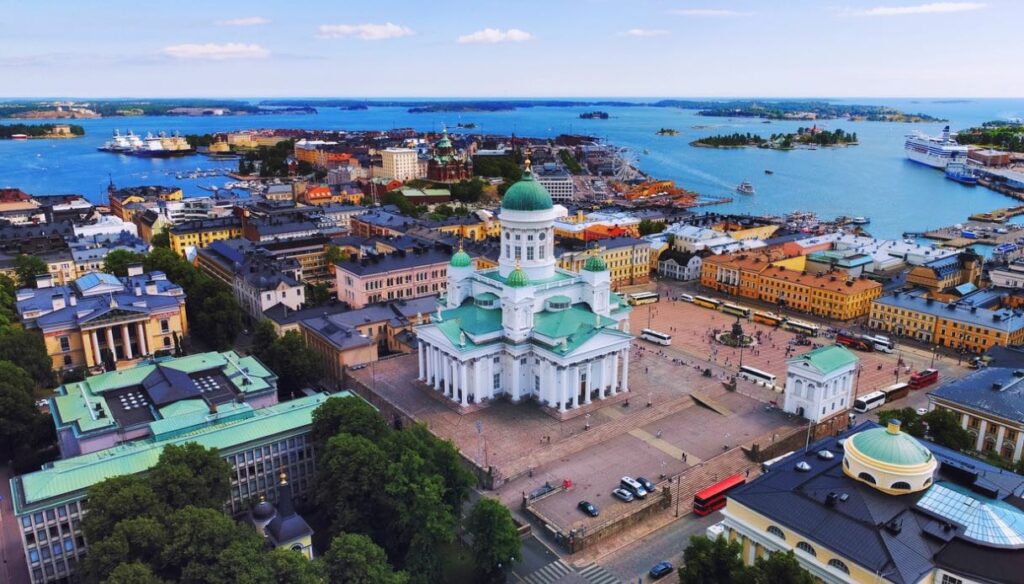 The low criminality and air pollution indexes contribute to the “A+++” Rating calculated by KELONY® for Finland.

For what concerns Finland’s healthcare system, citizens from the European Union who are temporarily visiting the country can receive all medical care included in the national healthcare coverage for free.

The Finnish healthcare regulators review the COVID-19 infection rates weekly so as to react promptly to protect citizens and tourists’ lives.

Matching Finland’s KELONY® Risk-Rating, Norway has a “A+++” value. This country has a rich cultural heritage and breathtaking views that have no equal in the world.

Norway offers a chance to admire the unique beauty of the northern lights, and to visit an ice cathedral. As a tourist destination, Norway is growing more and more popular, with visitors particularly appreciating its luxuriant nature and world-known fjords.

The country is also home to legendary locations such as North Cape, turning this tourist destination into a fascinating place to visit. 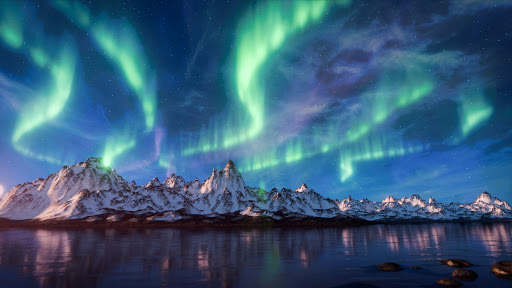 Eight sites in Norway are even featured in the UNESCO’s List of World Heritage Sites, in addition to the country’s other panoramic spots and natural attractions.

Confirming Norway’s good risk rating value, the Norwegian government has been fostering for years a movement working for the integration of disabled people through specifically targeted action plans.

The most important monuments and many museums in the country are especially inclusive. In Oslo, for example, the Royal Palace is one of the easiest accessible in the world. The same applies to the best-renowned museums, from the Viking museum to the one dedicated to the history of the Nobel Prize for Peace, from the Opera House to the National Theater, from the Vigeland Park (also known as the “sculpture park”) to mere means of transport: since 2003, trains and railway stations have been equipped and adapted to efficiently meet disabled people’s needs. 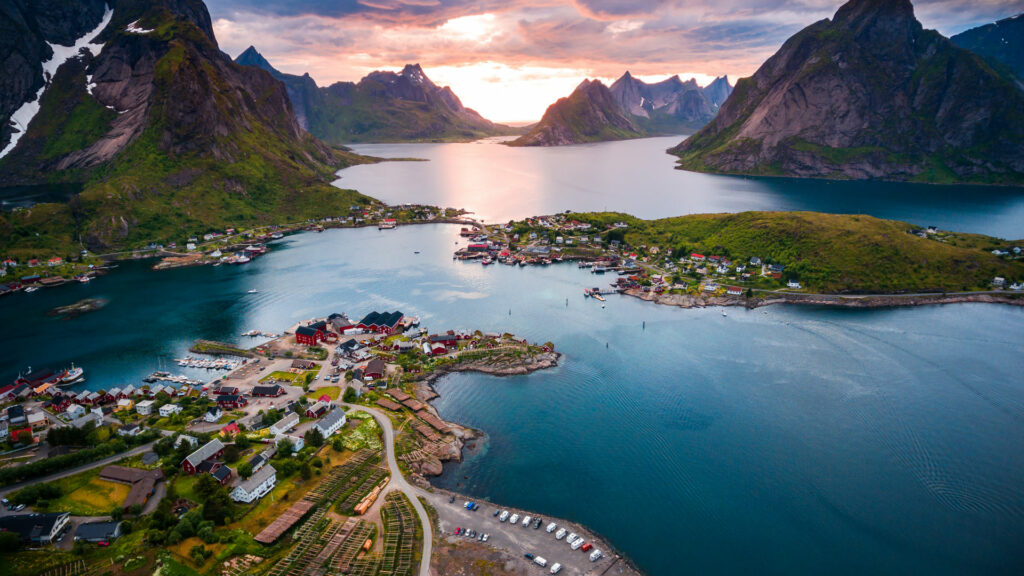 To calculate the country’s rating, KELONY® has also considered that Norway’s criminality index is especially low, and that the country’s air quality is among the best in the world.

The Norwegian healthcare system is not free, but largely subsidized. European and Swiss citizens can benefit from partial medical coverage.

At the moment, following the onset of the most contagious variants of COVID-19, the Norwegian government has closed the country’s borders in order to prevent these variants from spreading and protect its citizens.

For what concerns the number of administered vaccines, which is rising, the total equaled 990,000 in the first week of April, for an overall 12.99% of the whole population.

The situation will hopefully change so that visits to this beautiful country can be allowed again. 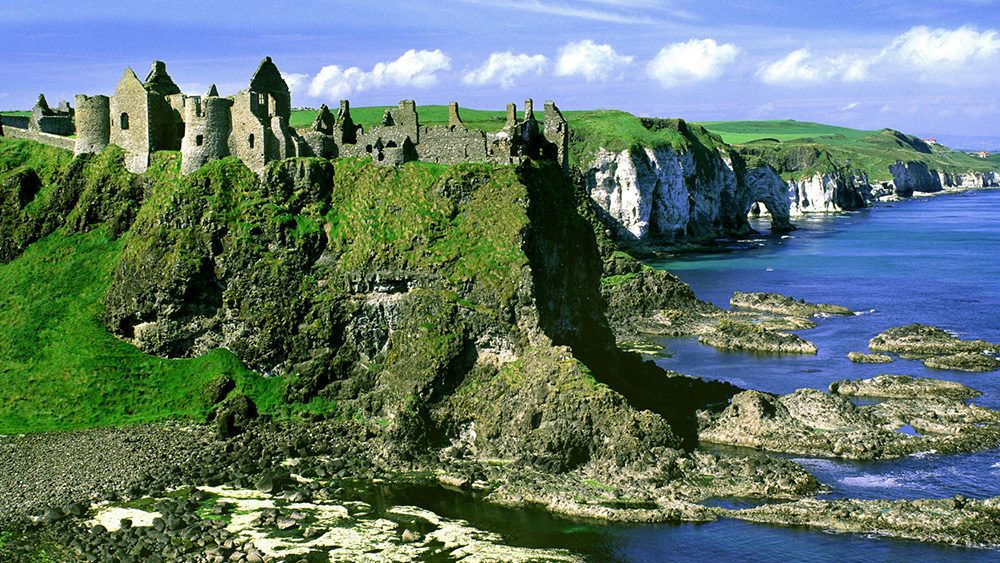 The last Northern European destination with an “A” rating according to the KELONY® Risk-Rating is Ireland.

With its enchanting natural landscapes and unique culture, the country is also home to warm, welcoming people, a rich literary heritage and green wilderness embraced by the sea, to the point that poet William Drennan called it “the Emerald Isle”. 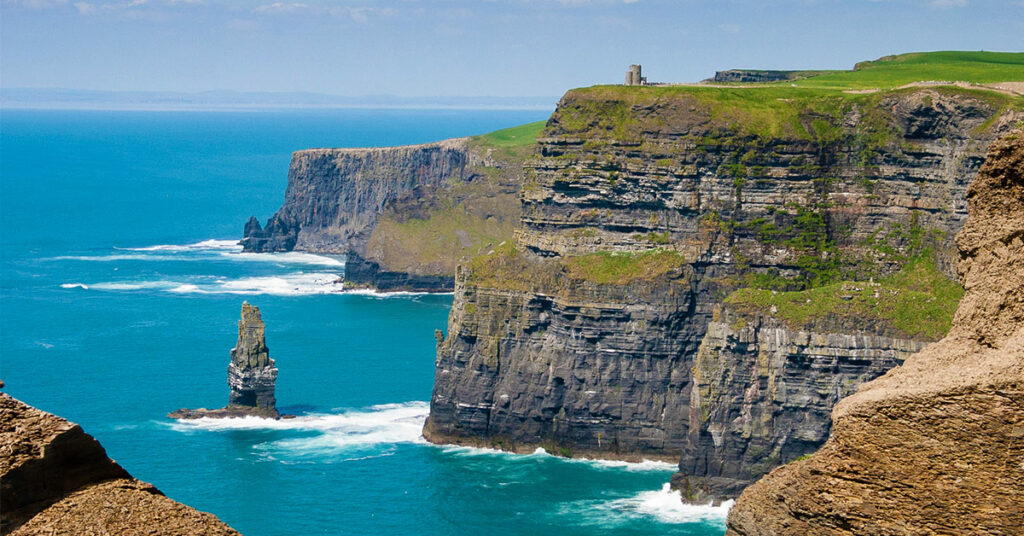 Ireland is perfect for everyone looking for a safe destination to dive into the magic of these places. The country fluctuates between myth and reality: the Celtic myth is the protagonist of popular festivals and events, while reality appears dreamy, with overhanging cliffs and Celtic villages.

Endless meadows and majestic mountains stretch between its cliffs and coasts, besides countless villages where Gaelic is still spoken. This country preserves its roots and traditions as if they were a treasure to protect. 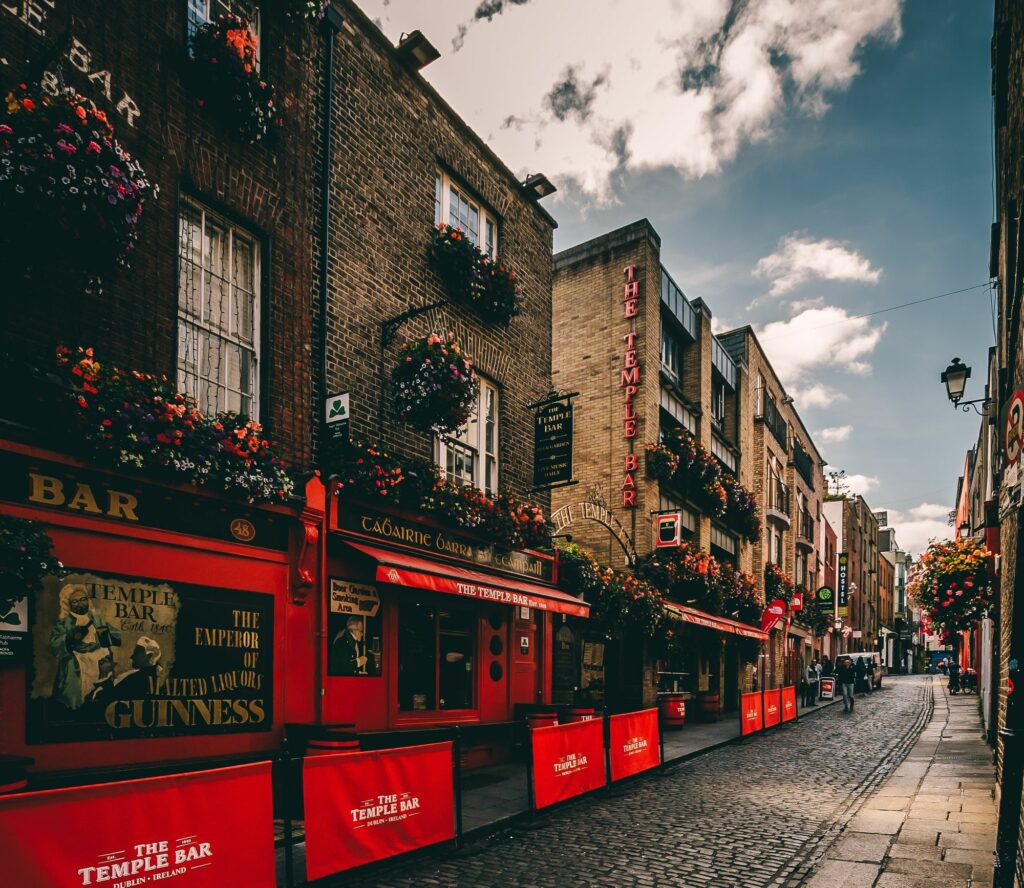 Ireland is one of the few regions in Western Europe that the Roman colonization did not reach. The country has consequently been able to maintain its Celtic roots. Tradition is not just about the language, which the Irish people perpetuate and keep alive as the symbol of their love for their country, becoming more and more spoken, but about various traditions, too. 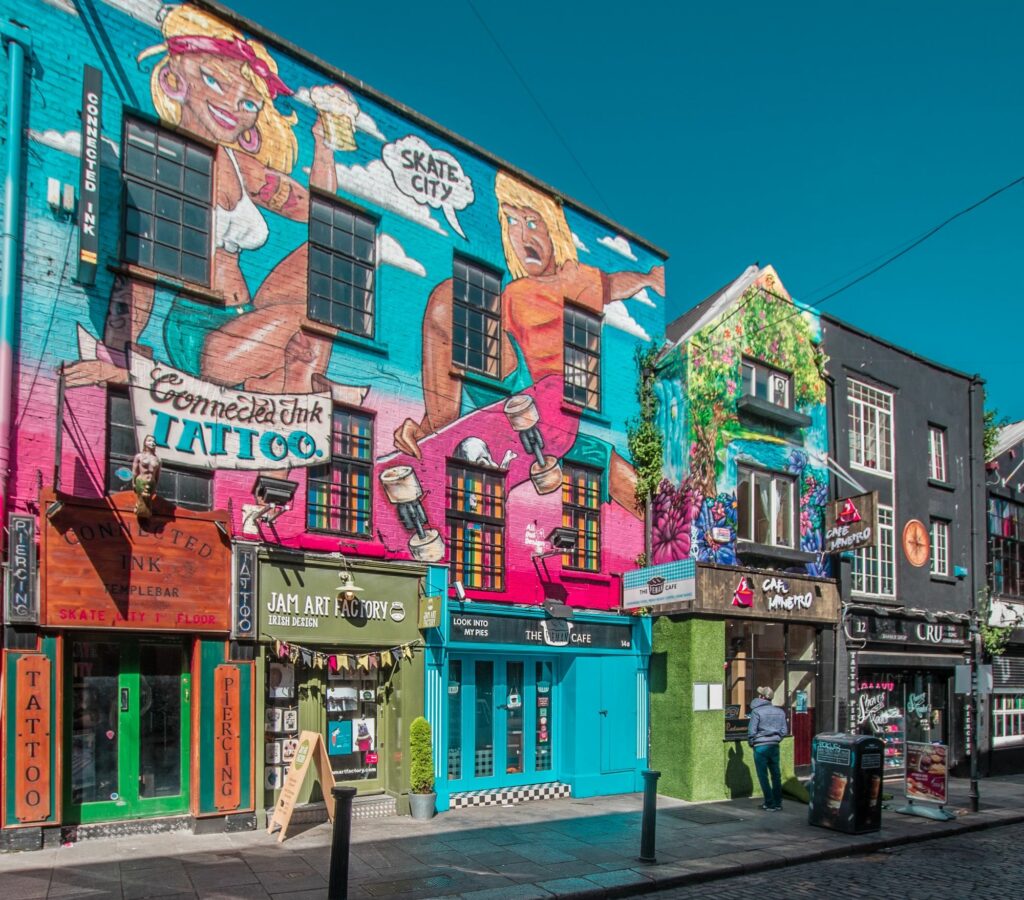 The natural areas are also linked to metropolitan areas, whose liveliness is vividly portrayed by James Joyce in his Ulysses.

This is also the country of sports, both land and sea sports like football, rugby, Gaelic sports, surf and sailing. From Saint Patrick’s cathedrals to the Long Room Library, from Dublin Castle to the National Gallery, Ireland’s proven an ideal destination not just for explorers and sports enthusiasts, but first and foremost for the young and families.

The criminality index is quiet low, just like the air pollution index, as the famous blue sky of Ireland shows.

In Ireland, European and Swiss citizens can ask for a European Health Insurance Card, which ensures access to free medical treatments for diseases or accidents.

Healthcare regulators keep adopting measures to protect the public safety and limit the spreading of COVID-19 in Ireland.

In the past year, Covid-19 made it especially difficult to book summer holidays based on parameters like safety and absence of risk. First Risk-Rating Agency KELONY® has addressed doubts and uncertainties with the aim to offer destinations in line with its founding principle: Life First!

Finland, Norway and Ireland are not just countries of sublime natural beauty, where the environment has a key role, but are also countries that have paid special attention to social issues, and that recognize the crucial importance of protecting their own citizens and tourists.

When recommending these destinations, KELONY® has taken care of protecting travelers by taking into consideration the countries’ ratings for what concerns risk as a whole. This year, it is even more necessary to make choices based on the KELONY® Risk-Rating parameters and the new Science of Risk.