According to the panel at the World’s 50 Best Restaurants awards, the world’s best female chef is a 28-year-old from Mexico running the kitchens of the Cosme restaurant in New York, a business she’s also partner of.

Her name is Daniela Soto-Innes, and she will be awarded the prize on June 25 in Singapore, where the 2019 ceremony of the World’s 50 Best Restaurants will be hold. 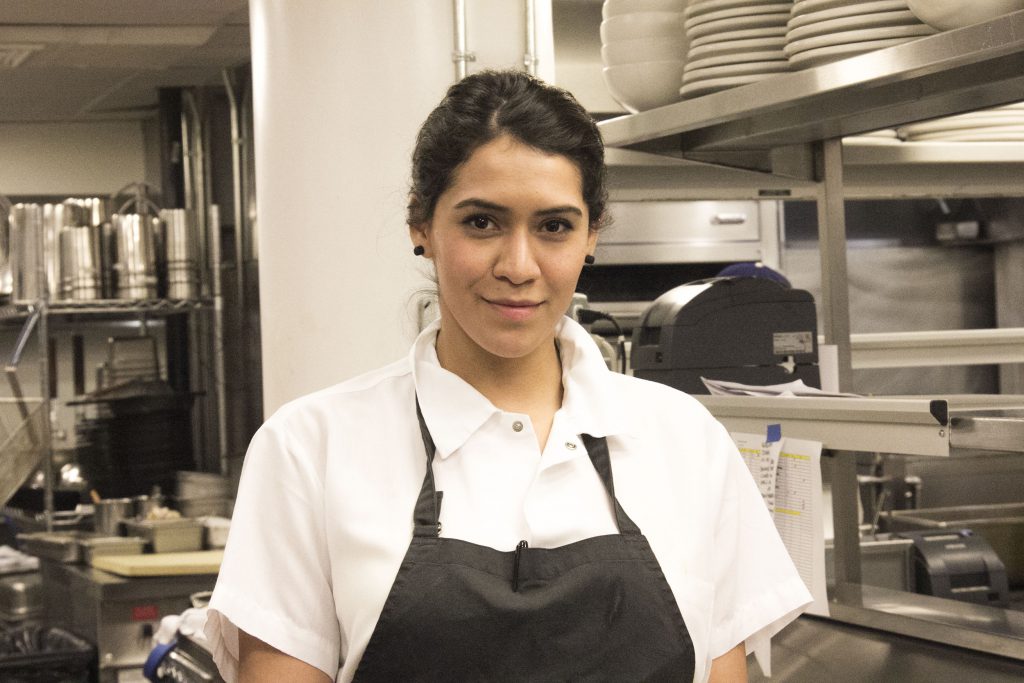 She joins the special all-female hall of fame lined up by the event, promoted by water brands S. Pellegrino and Acqua Panna.

The Best Female Chef awards are back for their 9thedition, sponsored by Stolichnaya’s Vodka Elit. Conceived to value women’s efforts and successes in excellence cuisine, the contest relies on a panel whose voters  ̶ 50% are women  ̶ are selected among chefs, restaurateurs, food writers and field experts.

This prize goes to my whole team, my family, and Mexico. And to all our supporters

She embarked on her career at the ripe age of 15 in the United States (where her family had moved three years before), in Houston (Texas), at a mass catering restaurant.

This experience led her to pursue her studies at Le Cordon Bleu College of Culinary Arts in Austin (Texas). Once graduated, she joined staff at Brennan’s, a prestigious gourmet restaurant in Houston, then worked at other businesses in the city.

She finally decided to move back to Mexico at Pujol, considered as the best restaurant of the country, and currently raking 13thin the World’s 50 best restaurants chart.

She was working alongside chef Enrique Olvera, until in 2014, he named her the resident chef at the new Cosme in New York (opened in the same year), aiming at creating a fine-dining venue based on Mexican cuisine.

Before being selected as the world’s best chef, Daniela Soto-Innes also won the WonaStarChefs Rising Stars prize; in 2016, she was given the James Beard Award as the best rising chef in the United States.

Besides Cosme, Olvera and Soto-Innes have doubled in New York with the opening of the Atla bistrot in the borough of Noho. They already have two new projects in store, both in Los Angeles: the Damian, blending the Mexican cuisine and Japanese influences, and the Ditroit taqueria.