Diego della Valle story of an intuition all Made in Italy

He is called Mr. Tod’s. Diego Della Valle, long fluffy hair continuously brightened, scarf around his neck and chains at the cuffs, seems he likes. Such as he likes the role of enlightened and anti-conformist capitalist but with a snobbish splash, to be counted among the greatest representatives of Italian in the world, the role of one of the best expressions of made in Italy and the role of provocative polemic with the economic establishment and the powerful, through the definition given to bankers, business owners and managers of “sprightly old men”, “incompetent boys” and “cosmopolitan crafty”, with the result of having many enemies.

He also likes the role of patron: he restored the native village near Sant ‘Elpidio a Mare, in the Region of Marche; he reinvented the corporate welfare by paying school books for the employees’ children, and more; he invests € 25 ml. to restore the Colosseum in Rome and he succeeds after a 2-years power struggle with the bureaucracy. He is restless and aggressive, he believes in the image and marketing, he is very rich. He is President and main shareholder at Tod’s Group, listed at the Milan Stock Exchange since 2000. The Group produces and markets shoes, clothing and luxury accessories with the brands Tod’s (57% of sales, € 980 million in 2013), Hogan, Roger Vivier and Fay. It employs almost 5000 direct people and more than twice in related activities.

He is also the owner of the football team Fiorentina; together to Luca Cordero Montezemolo (a great friend, both are called “the cat and the fox”) and a couple of other people, he founded a private rail company, NTV that, through the brand Italo, competes with Trenitalia in high speed Railways; he comes with small stakes in those companies once the considered “inner sanctum” of the country, Mediobanca, Unicredit, RCS, the publishing house that prints the most important Italian newspaper, Corriere della Sera, and he remains even when he admits that he has repented; however, he divests from the companies which he had a hand in, sometimes slamming the door, and sometimes doing good business. For instance, in 2006 he cashes a gain of   € 250 ml. by selling his BNL shares to BNP Paribas, in 2013 he gains other € 350 ml. from sale of 15% of the luxury department store Saks. He is now re-launching Cinecittà in Rome together to another friend, Luigi Abete, former president of Confindustria and President at BNL-BNP Paribas. So, Della Valle is a busy guy in everything he does. 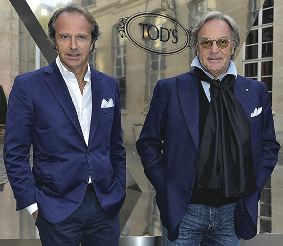 Born on 30th December 1953 in Casette d’Ete (Ascoli Piceno – Marche), Diego Della Valle is smart, intelligent and curious. He loves the details so much that Luca di Montezemolo says that the biggest defect of his close friend is just he does not know to delegate.He loves the irony and also the jokes: he makes them in a similar way to the amazing movie of Mario Monicelli, “Amici miei” but he also undergoes them with style. He loves the dreams, the comfort, the sea, the music (Beatles, Mina, Lucio Battisti), the overwork, the women and the family. And he is already a grandfather. Three marriages: first with Simona, then with Anna and, finally, with Barbara, Simona’ sister. And two children: Emanuele, born from his first wife, and Filippo, born from the last one. The result is that Emanuele and Filippo are cousins-brothers. His story was born from the craft tradition of Marche. At the beginning, there was Filippo, the grandfather, who was a shoemaker, a cobbler, sewing soles and uppers in the kitchen of his house. Then, there was Dorino, his father. who handcrafted shoes for big brands. Finally, Diego, who would have to be a lawyer, at least in the hopes of his father. So, he goes to the University of Bologna, but, instead of attending classes, he prefers to attend the bar Zanarini with friends. Four exams and he then stops. He than moves to USA, where he combines a marketing course with an internship in a department store. And the future becomes clear. When he comes back to Italy, he has the obsession of the brand. His father, who has always the hope to see him back at the university, leaves he does but he does not help him much.

Diego goes forward like a bulldozer: he has the idea of an innovative product where tradition, quality and research come together, where work and leisure, sport and elegance, aesthetics and technique can be together. At the end of the ‘70s, he opened an office in Milan and begins to knock at the door of designers, Fendi, Krizia, Ferrè, with this proposal: he produces free shoes for the fashion shows and his redemption in advertising is made of photos and quotes that appear in the newspapers; and the designers get an excellent product. In this way, the women’s shoes “Diego Della Valle” for the pret-a-porter were born. But that was only a brief period, while the real turning point of the company will be Tod’s.

Once he told me his insight: “In the early ‘80s, I realized that the Sunday dress was not the good dress we knew, and in its place, there were tasteful and more informal clothing. That’s why I felt that kind of clothing needed elegant and practical, lightweight and comfortable shoes, to be worn. on the beach and in the office”. The Tod’s era began, the spotted shoes. Summer and lightweight loafers, branded with a name chosen by opening random the telephone directory of Boston with the advantage of being pronounced in the same way in all the languages. The inspiration of the dots came from a strange kind of footwear he saw in Portugal, which his father tells him to throw them away. But he takes the shots at 133 and produces the shoes with these shots and high quality leather. But together to a masterpiece of craftsmanship with seventy producing steps, Della Valle realizes a great marketing and communication strategy: he quadruples the price and makes them a glamorous and cult accessory.

And many people believed that the initial difficulties of finding the Tod’s on the market have been part of a selling strategy: more the product is hard to be found, more the product is unique. The shoes with the shots will be worn by celebrities, Gianni Agnelli, Luca Cordero di Montezemolo, Kevin Costner, Richard Gere, Tom Cruise, Mel Gibson, Lee Iacocca. King Juan Carlos. And the pictures of those celebrities wearing the Tod’s are on the newspapers all around the world. Della Valle is already rich at 34 years. 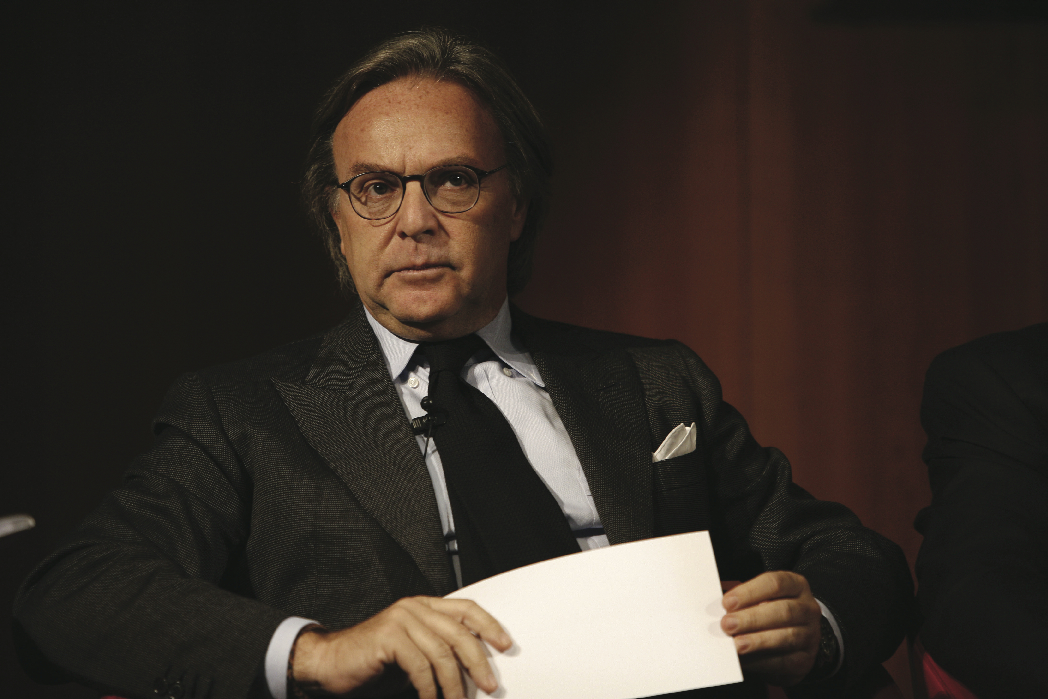 Then there are the Hogan, the Fay jackets inspired by the clothing of the New York firefighters, and the chic bags, the stock market listing, the entry in different Boards, the villa in Capri belonged to the writer Axel Munthe, the 16 meters yacht belonged to John F. Kennedy (Merlin) and the ship owned by Calisto Tanzi (Te Vega), the utterances against the bureaucrats of the state and the economic gerontocracy, the almost poisonous obsession against Fiat, the Elkann family and Sergio Marchionne. Politically, Della Valle says to be a man of center, moderate and secular. He financially supported the political party of Lamberto Dini, the political agreement of Romano Prodi, the political party of Silvio Berlusconi (at the beginning), and even a proudly communist newspaper. the “Manifesto”. He launches strict appeals for the renewal of Italian politics, although he is inspired by Clemente Mastella, long obscured. However, he often changes idea: he does now not no longer agree with Matteo Renzi after initially claimed him.