This is not a biography, but my version of the story. It’s a film about painting, a painter and their relationship

Julian Schnabel, known for having directed, twenty-two years ago, a film on Basquiat’s short life, has now filmed a tribute to Vincent van Gogh, retracing the painter’s biography, following the legends that have him as a protagonist and drawing inspiration from the letters written by the artist to his brother Theo.

The beautiful and moving story of the visceral relationship between Vincent and Theo is well analyzed in this movie, which also shows, from the very first scenes, van Gogh’s strong passion and dedication to painting, despite his troubled life and the disease that he suffered from. The scenes were based on reality, but with a new approach to directing and screenwriting: the viewer will see situations that van Gogh could have found himself in, and hear words that he could have said, but that we do not have historical proof of.

The title chosen, At Eternity’s Gate, aims at emphasizing the complicated personality of the artist: a life lived entirely for painting, which met many obstacles, from the difficulty establishing personal relationships to the desire to constantly move, to change places and landscapes, from the mocking he suffered to the illness that affected him over the last few years of his life, which eventually lead him to hospitalization in a psychiatric institution.

An existence characterized by hard work and passion that have only been rewarded after the artist’s death, when his art begun to be taken into consideration and appreciated.

Van Gogh’s story is told from a more intimate point of view, compared to other, more strictly biographical, films, which allows us to understand his extraordinary inner strength and endless dialogue with art.

What is most striking is the contrast between van Gogh’s human fragility and his great strength when it comes to creating his art with dedication and passion, in spite of any adversity.

I only think of my relationship with eternity. My gift to the world is my painting

I want to represent van Gogh in the best way, describing him as a role model, a Sergeant of Art. He sold one single painting in life, but handed many more down to us contemporaries: a huge gain for art and for the constant ambition of men who, in their madness, are constantly seeking something new 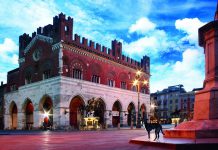 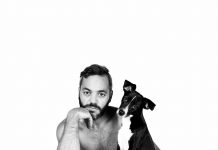