Placed in the middle of Lasipalatsi Square, the Amos Rex Museum stands out for its five concrete windowed domes scattered through the square. 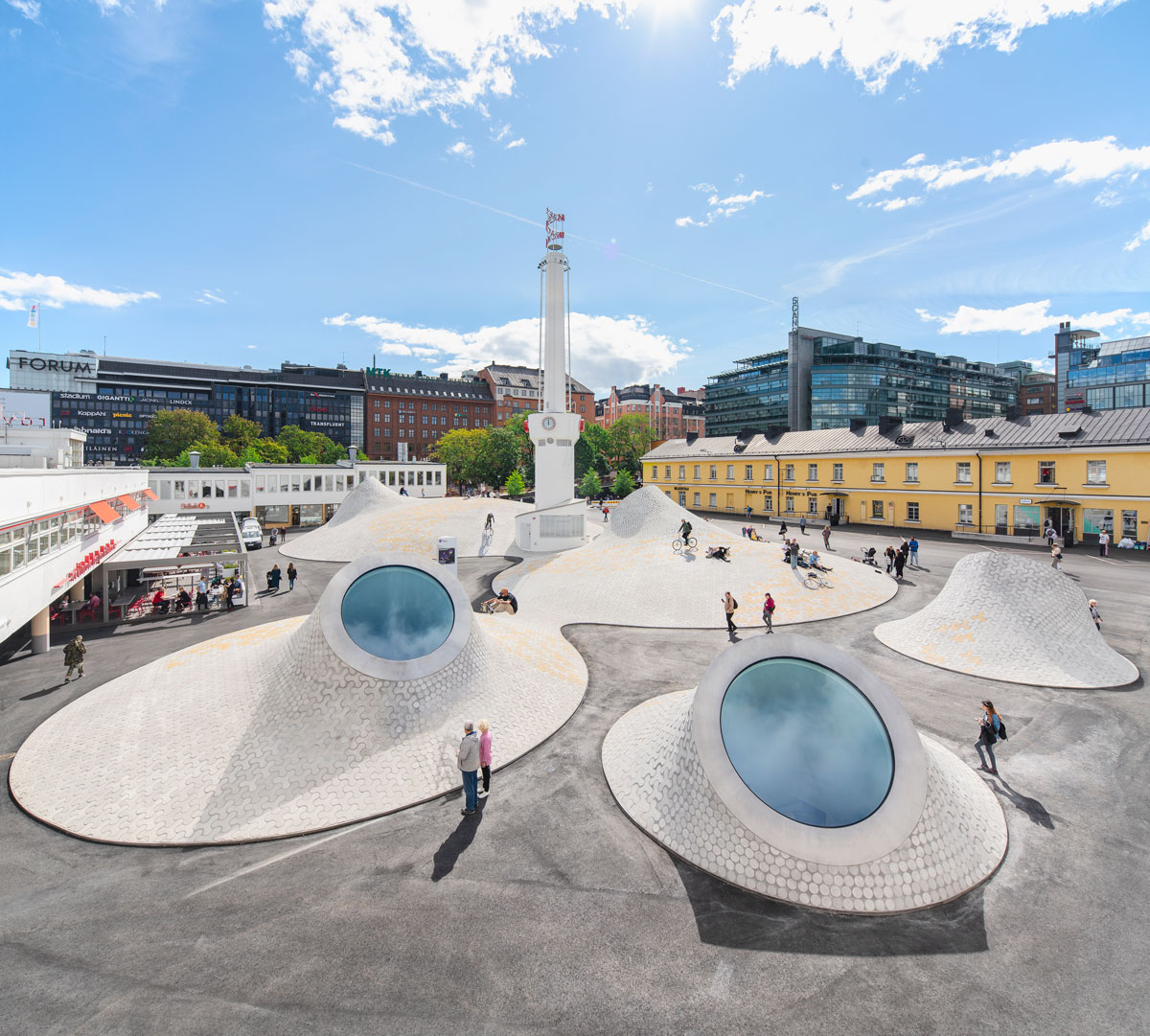 The project started in 2013 when the Amos Anderson Art Museum started searching for a new space to expand from their 1920s-era office tower. 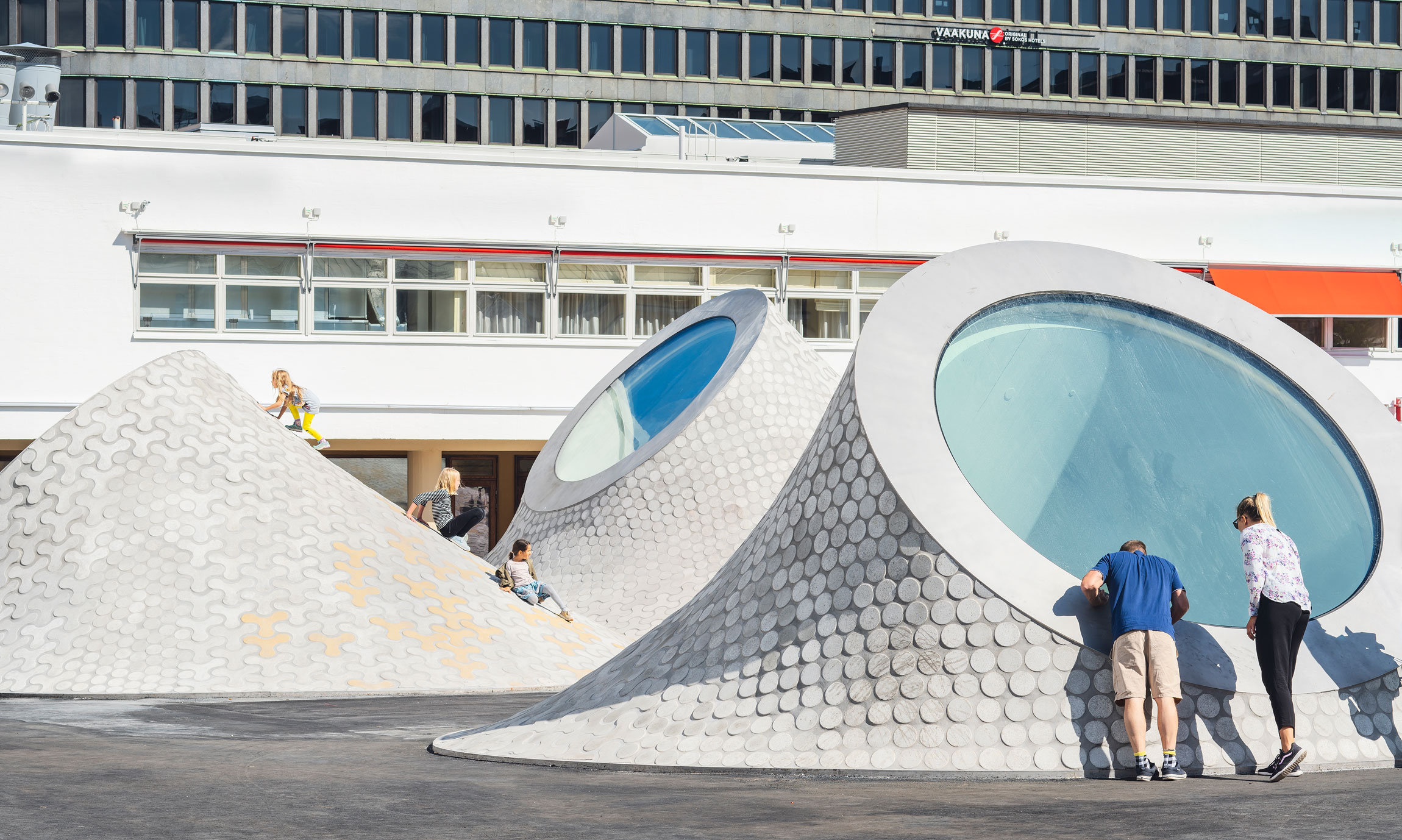 For decades, they’d been in a 1920s-era office tower that didn’t have great lighting to showcase art, and we’re looking to expand.

They set their sights on the Bio Rex, Helsinki’s iconic modernist film theatre, which was first built in 1936 to host the Helsinki Olympics.

The Amos Rex museum is an addition to Helsinki’s cultural quarter, which has a number of museums within walking distance, including the Kiasma Museum of Contemporary Art, the National Museum of Finland, and the Helsinki Art Museum.

The Central Library Oodi by JKMM is expected to be completed this winter.