Once again SKIRA hits the mark by giving us a small masterpiece of beauty, art and culture, bringing together in one volume the history of an iconic brand like CAMPARI, which has always been synonymous with innovation, and that of Cinema, or at least that part of it. lent to the realm of goods, through the words of one of the greatest Italian connoisseurs, scholars and singers of cinema Gianni Canova. 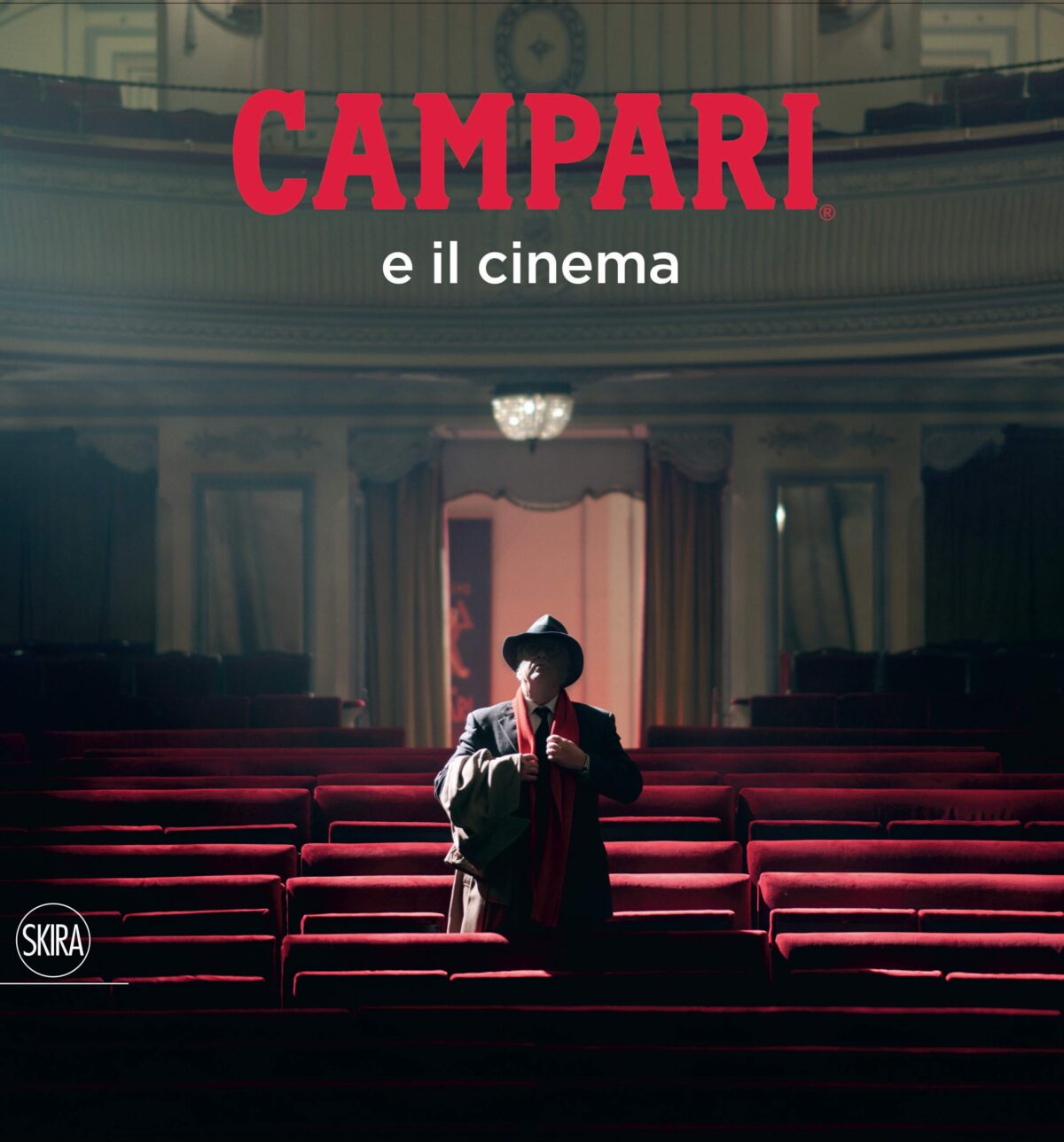 The book Campari and Cinema, which was presented to the press in Milan at the beginning of December, aims to tell how “Campari’s passion for art and creativity are intimately connected to his need and his desire to communicate and innovate” to quote Gianni Canova who is the curator as well as co-author of the volume.

A volume that does not focus only on the Campari experience, but brings together the critical contributions and essays by Giuseppe Mazza, Rocco Moccagatta, Guido Cornara and Guido di Fraia as well as the illuminating ones of the aforementioned Canova, on the four areas analyzed: Revolution Cinema, Revolution Campari, Campari and cinema: a fatal attraction, cinema in the age of AI.

With extreme foresight at the beginning of the 20th century, Davide Campari understood that he had to stimulate the desire for his product through advertising.

Campari believed that a lifetime was not enough to build a brand! Remaining faithful to this concept, the group has always aimed at strengthening its brand, also through communication, always experimenting and innovating.

Giuseppe Mazza refers to this in his essay The advertising innovation of Campari from the beginnings to Carosello, when he talks about a real Campari revolution.

Ever since Mora’s very first advertising poster in 1894, Davide Campari sensed that in order to advertise one’s product, one must listen to one’s time and translate it into new signs.

This is how the subsequent collaborations with Dudovich, with Cappiello – and his famous sprite – and finally with the great Depero, whose shapes still remain among other things in the iconic inverted cup bottle of Campari Soda.

Switching from the visual arts to the cinematographic language which by definition triggers consumer desires is a natural evolution for Campari.

A love story that dates back to 1984, when Federico Fellini shoots the spot “The girl in the train” and which developed in the following years with numerous collaborations with prestigious directors: Tarsem Singh with his trilogy in the 90s, Joel Schumacher with “l’Attesa” in 2011 up to the current “Creation” campaign curated by director Paolo Sorrentino. And the Oscar winner Sorrentino together with Matteo Garrone and Stefano Sollima who over the years have signed the Campari Red Diaries, short films that tell the stories behind a Campari moment.

But it was only in 2021 that Campari decided to challenge the impossible, again entrusting its commercial to the genius of Fellini with the Fellini Forward project, an innovative and visionary project that uses artificial intelligence to explore the creative genius of one of the most acclaimed directors of all time and give life to the “impossible Fellini spot”.

The idea is simple, build an A.I. able to guide scriptwriters and directors in the making of a short film, as if the Maestro were alive.

Simple as we know does not mean easy, but the story of the realization is exciting and tries to give answers to the questions about the origin of the creative act that we have always asked ourselves: is it possible to recreate the stylistic brand of the Master? Is it possible to imagine reproducing his unique view of the world? recreate that oneiric, dreaming world that made him famous.

In Guido di Fraia’s narration these and many other questions are asked, attributing the undoubted merit of having raised them to the Campari Fellini Forward project.